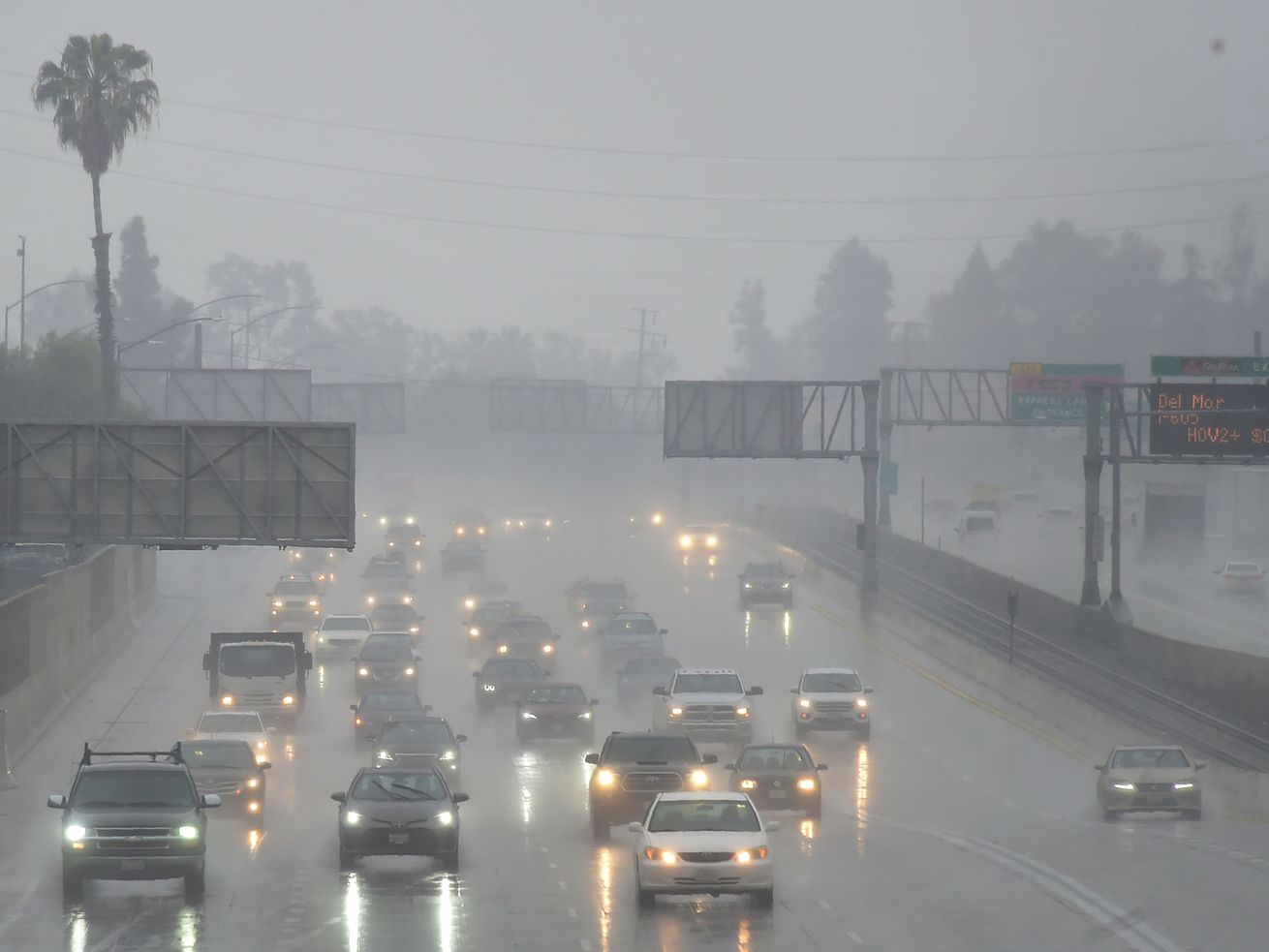 Monday to Tuesday “look potentially quite concerning” for burn areas

Los Angeles is in store for an unusually long soaking. Five wet storms are forecasted to blow through the Southland over the next week, starting tonight and clearing out Thursday afternoon.

The National Weather Service predicts the storms could dump a total of 4 to 6 inches of rain on LA, but meteorologists are cautioning that the strength of the storms is still uncertain.

The first storm is forecasted to hit around midnight and taper off around 7 a.m. tomorrow. Peak rainfall rates of up to .75 inches are expected, but it’s possible that “higher rainfall intensities” could occur in periods of 15 to 30 minutes, according to the Weather Service.

That could spell trouble for communities such as Malibu that were burned by the Woolsey Fire in November. Flooding and mudslides are more likely after fires, when burnt debris collects on hillsides and prevents the soil from absorbing the rainfall.

But the biggest danger for those communities might come with the second storm. On Twitter, climate scientist Daniel Swain said that Monday to Tuesday “look potentially quite concerning” for burn areas.

“We’ll have a better sense of how bad things might get in about 48 hours,” he tweeted

Wet week ahead across CA! In NorCal, this is largely good news–will bolster streamflows & snowpack without causing too much trouble. But eyebrow-raising totals currently projected in SoCal could cause serious flood threat, esp. near recent burn areas Mon-Tue. Stay tuned. #CAwx pic.twitter.com/t99W8KChmy

A series of wet storms to impact #SoCal through next week. Here are the latest 7-day precipitation totals, courtesy of @NWSWPC. #cawx pic.twitter.com/GCH7DnoG5p