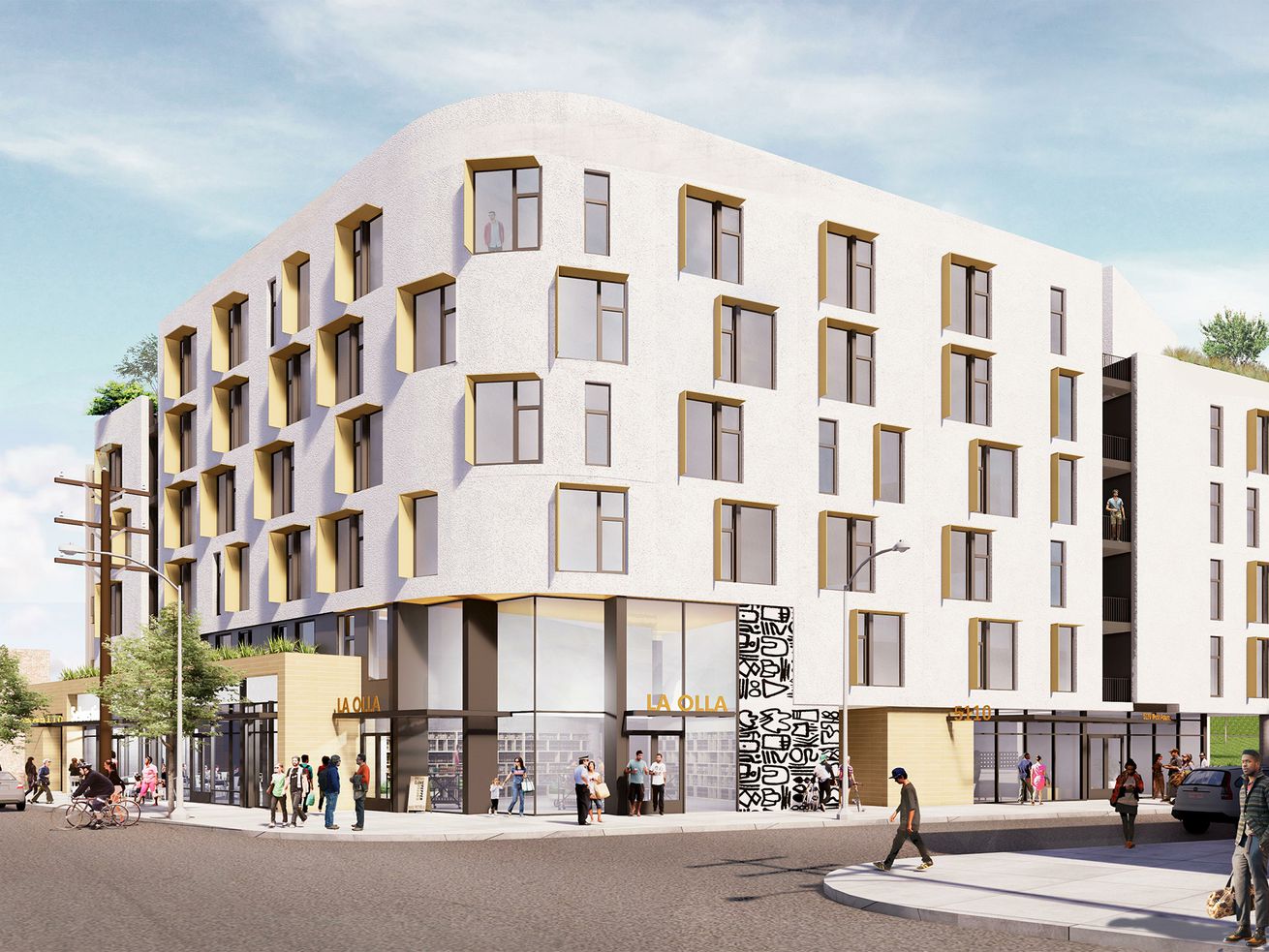 Developer CIM Group filed plans for a six-story retail and residential project in West Adams last week, and new renderings give a glimpse into what the future might hold for this site on West Adams Boulevard just west of La Brea.

The building would hold 69 residential units and about 5,600 square feet of space for shops at street level. Parking for 63 cars would be provided via an underground parking garage.

CIM owns glassy towers in Downtown and Hollywood, but in the last couple years, it has shown an interest in historic West Adams and in smaller-scale projects in the area. Just across the street, CIM is working on building a hotel a 43-room hotel. The three-story hotel would have a ground-floor restaurant with a bar, and it would rise just east of Adams and Redondo.

CIM isn’t the only developer with its eye on the neighborhood. At the western edge of West Adams, Carmel Partners is making progress on building a retail and residential complex with a 30-story tower, a grocery store, and 1,200 residential units.