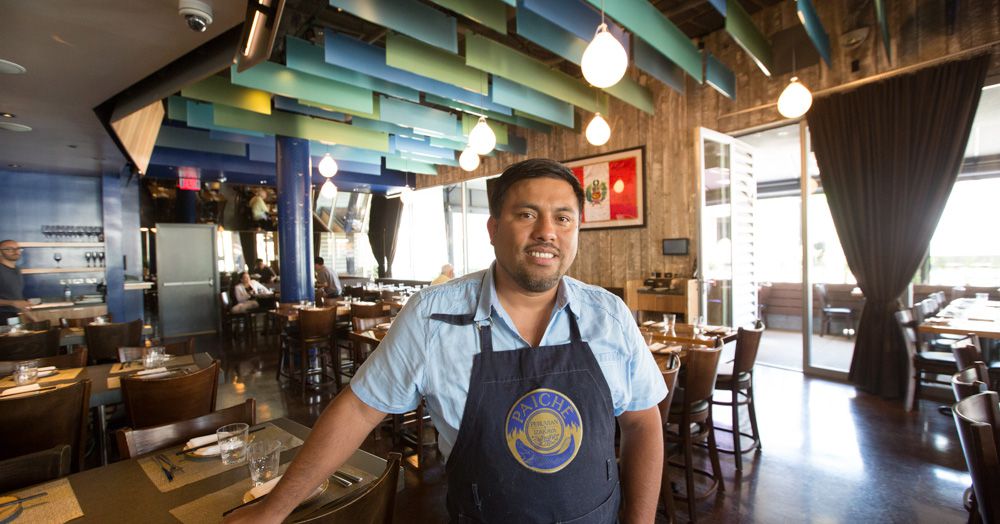 More news is coming together today regarding Pikoh, the planned all-day cafe on Pico Boulevard in the former Chan Dara space. As previously reported Fabrice Lorenzi of Butcher’s Dog has taken control of the address, but now there’s a big new chef name attached: Ricardo Zarate.

Reps for the upcoming project tell Eater that Zarate is a full-on chef and partner for Pikoh, alongside longtime chef de cuisine James Jung. The two will collaborate on the menus — which will be decidedly non-Peruvian — across breakfast, lunch, and dinner. That means breakfast foods daily (coffee pastries, and savory stuff have been previously discussed) until 3 p.m., with lunch through midday and dinner from 4 p.m. to the evening hours, which is looking like 10 p.m. or later most nights. There’s also going to be a full bar, and lots of wine.

Pikoh is just the latest project from Zarate, who has been regaining his culinary strength after a few years away from closed places like Picca and Mo Chica. In 2017 Zarate returned with his Peruvian Melrose restaurant Rosaline, and has since expanded into Las Vegas with Once. He’s a partner in Los Balcones as well, but that project as well as Pikoh are unrelated to his restaurant Rosaline, or his partners there by the name of Culinary Lab.

In terms of timing, look for Pikoh to pick up in the first week of February, offering counter service during the day and full table service at night.