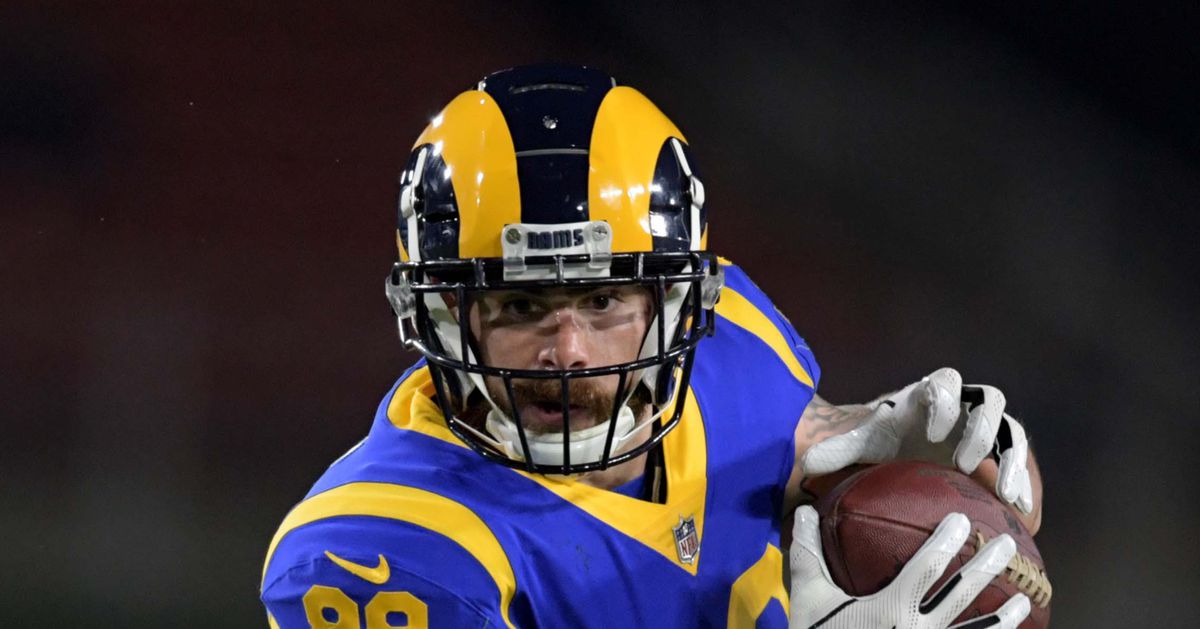 Being how we got through the entire season with this trade never leaking, it’s interesting to hear that the Minnesota Vikings offered a 7th-round pick for Los Angeles Rams TE Tyler Higbee. The Rams asked for a 6th-round pick in return, though the talks quickly dissolved:

One more item to pass along: In the Vikings’ search for an athletic TE to pair with Kyle Rudolph last year, they talked to the Rams about Tyler Higbee. Rams wanted a 6th-round pick; Vikings offered a 7th, and talks dissolved. Higbee caught 24 passes for 292 yards and 2 TDs in ’18

Higbee was a fourth-round pick in the 2016 NFL Draft by the Rams, likely slipping to the top of day three because of some off-the-field issues that proved to be an outlier. In the three years since, Higbee has totaled 60 receptions for 672 yards and four touchdowns. For a player who’s used sparingly, Higbee is an athletic large option at 6’6” and 255 lbs. Not only that, but Higbee has developed into a fantastic blocker allowing the Rams to use him as a key piece on running downs.