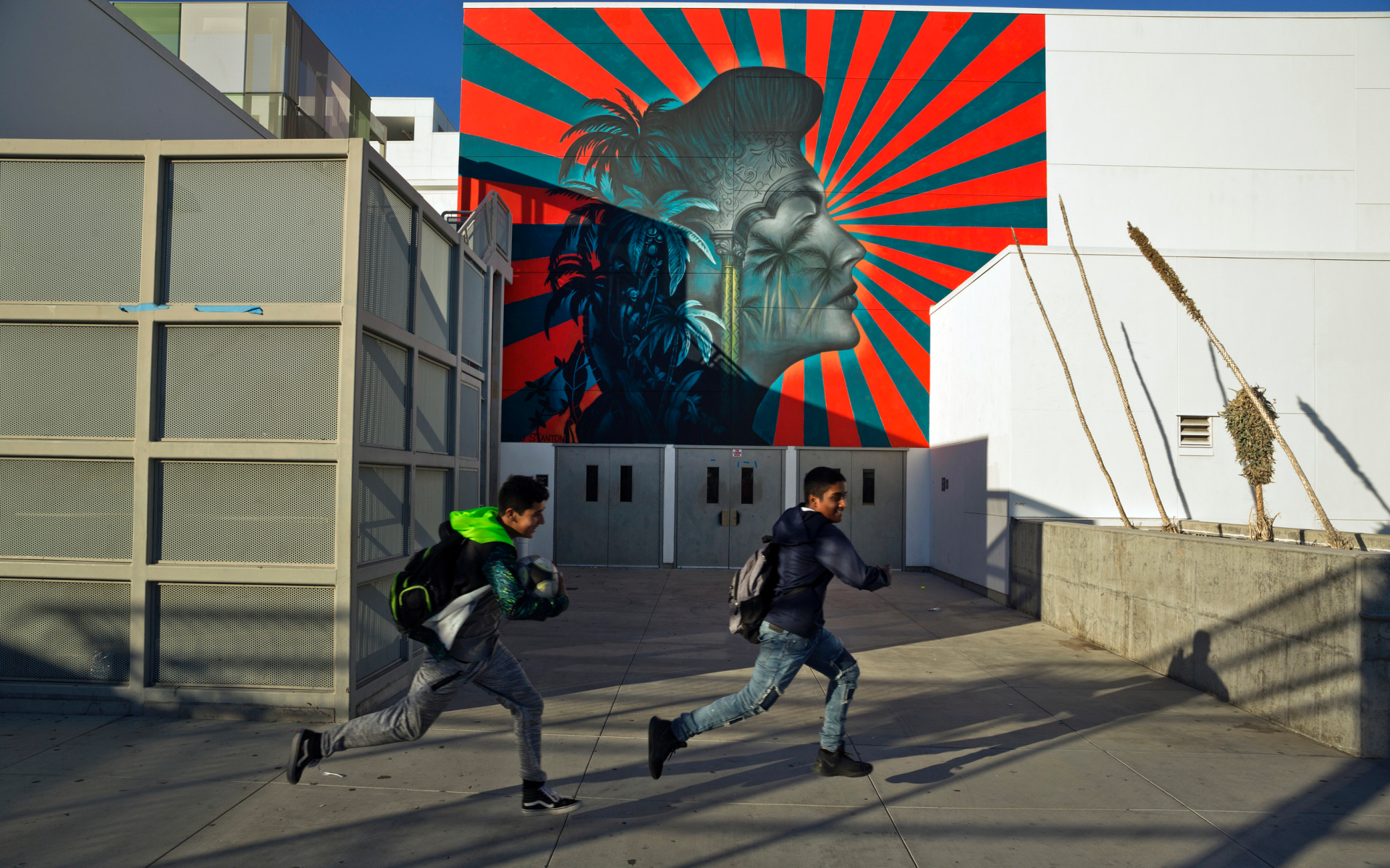 FILE – In this Dec. 13, 2018 file photo, a mural by artist Beau Stanton of actress Ava Gardner is displayed at the Robert F. Kennedy Community Schools complex school in Los Angeles. Artist Shepard Fairey will insist that one of his murals be removed from the Los Angeles school if officials follow through on plans to cover up Stanton’s mural that some community activists find offensive, the Los Angeles Times reported Monday, Dec. 17, 2018. Both murals are in Koreatown at the Robert F. Kennedy Schools complex on the former site of the Ambassador Hotel where Kennedy was fatally shot in 1968. Stanton’s mural depicts actress Ava Gardner against sun rays. Korean activists say it looks like the Japanese imperial battle flag. (AP Photo/Damian Dovarganes, File)

The mural at the Robert F. Kennedy Schools Complex shows Gardner’s face against a background of sun rays. Artist Beau Stanton says it has no connection to the Japanese banner.

The district reconsidered Monday after the Los Angeles Times reported that artist Shepard Fairey would seek to paint over his mural of RFK at the school if Stanton’s work was covered.

The campus is at the former site of the Ambassador Hotel, where Kennedy was assassinated in 1968. It’s in the Koreatown section of the city.