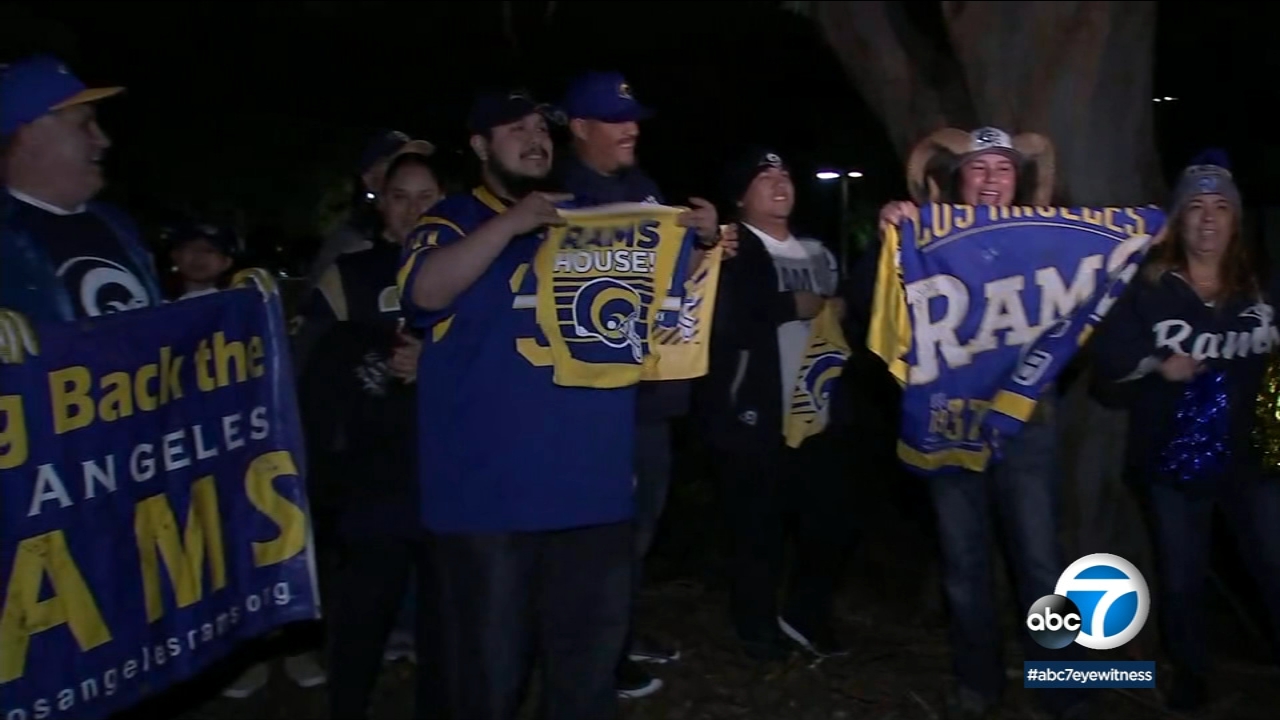 A handful of Los Angeles Rams fans waited at California Lutheran University in Thousand Oaks to greet their team who returned home after winning a spot in the Super Bowl.

The fans wore their favorite Rams gear, waved towels and carried flags as they patiently waited in the chilly air Sunday night.

Earlier in the day, than 700 people turned out for the Ram’s Booster Club game-watch party at Maggie’s Pub. They were on the edge of their seats when the Rams and Saints went into overtime, with the Rams ultimately winning thanks to a 57-yard field goal by Greg Zuerlein.

That outcome may not have been possible without an egregious mistake by the referees in the closing minutes of the game.

Still, Rams fans couldn’t believe the win and are excited to see their beloved Rams head to Super Bowl 53. It’s the first time since 1979 that a Los Angeles football team has made it to the big game.

While the Rams are set to face off against the Patriots in the Super Bowl, one thing was clear to these fans – the boys will bring the Vince Lombardi trophy home to L.A.

The Associated Press contributed to this report.