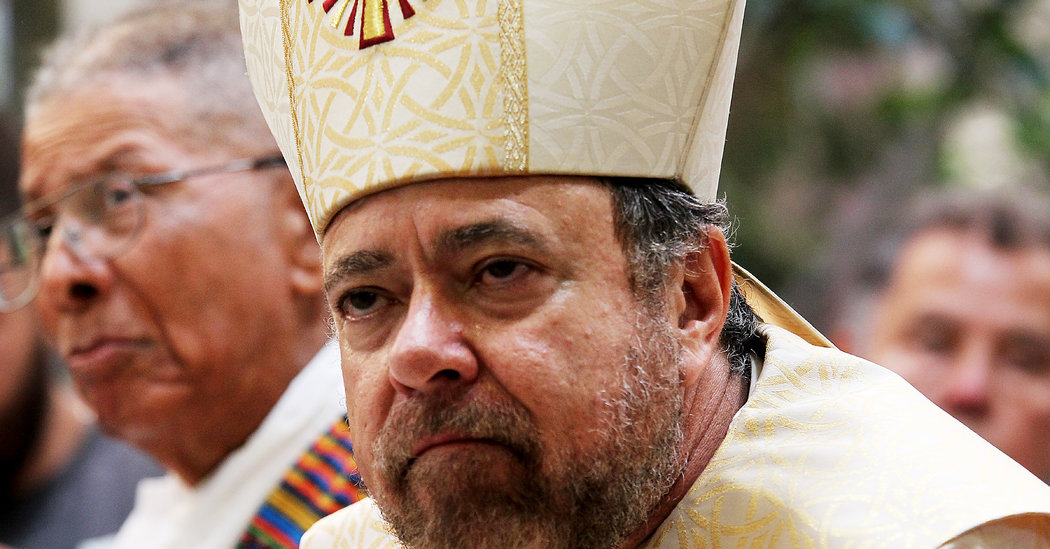 ROME — Pope Francis has accepted the resignation of an auxiliary bishop of Los Angeles, the Vatican announced on Wednesday, after an investigation into an accusation of misconduct with a minor.

On its own, the announcement that the pope had accepted Bishop Alexander Salazar’s resignation, made in the daily Bulletin issued by the Holy See Press Office, would have been unlikely to attract much attention. But a surprising follow-up open letter by Archbishop José H. Gomez of Los Angeles explained what had pushed Bishop Salazar to step down.

Archbishop Gomez, who took over in Los Angeles in 2011, acknowledged that the archdiocese had known of the accusation against Bishop Salazar since 2005, a year after he had been ordained a bishop, but had allowed him to keep working.

After learning of the reported misconduct, the archdiocese referred the allegation to the Vatican’s Congregation for the Doctrine of the Faith, which is tasked with looking into claims of sexual misconduct. The body “conducted an investigation and imposed certain precautionary measures on the ministry of Bishop Salazar,” the archbishop wrote in his letter, but he did not specify what these measures had been.

In the letter, addressed to his followers and posted on a news website associated with the Archdiocese, Archbishop Gomez wrote that a more recent investigation by the archdiocese’s independent Clergy Misconduct Oversight Board had found an allegation against the bishop of “misconduct with a minor” to be credible.

The archbishop gave no details about the alleged misconduct, which dated to the 1990s, when Bishop Salazar was serving as a parish priest.

He wrote that he had submitted the board’s findings, along with his own “votum,” or opinion, to the Holy See.

The pope accepted the bishop’s resignation, though Archbishop Gomez said in his letter that “Bishop Salazar has consistently denied any wrongdoing.”

Clerical sex abuse scandals and accusations of cover-ups have grown into a global crisis for the church, even producing demands that the pope step down. Francis seems to have finally begun enacting zero tolerance toward prelates accused of sexual abuse of minors, a policy that he had long promised but that his critics had said he had failed to impose.

Further steps may come in February, when the pope is summoning more than 100 bishops from around the world to a summit meeting at the Vatican on the protection of minors. It is the first meeting of its kind, and underscores the vast scope of the scandal, which critics say the Vatican has continued to underestimate.

In the case of Bishop Salazar, “although the allegation was never directly reported to the archdiocese, it was investigated by law enforcement in 2002 and the district attorney did not prosecute,” Archbishop Gomez wrote.

Years later, the archdiocese initiated its own investigation, “in the interest of due process,” he added. That led to the resignation.

The archbishop said that the decision had been “made out of deep concern for the healing and reconciliation of abuse victims and for the good of the church’s mission,” and called on the faithful of his archdiocese to “continue to stay close to the victim-survivors of abuse, through our prayer and our actions.”

Bishop Salazar was born in San José, Costa Rica, but grew up in Los Angeles. Ordained a priest in 1984, he served parishes in Whittier, Pasadena and Los Angeles, before becoming a vice chancellor of the archdiocese.

Paralysis and Anguish: How a Meeting of Bishops Ended With No Action on Sex Abuse