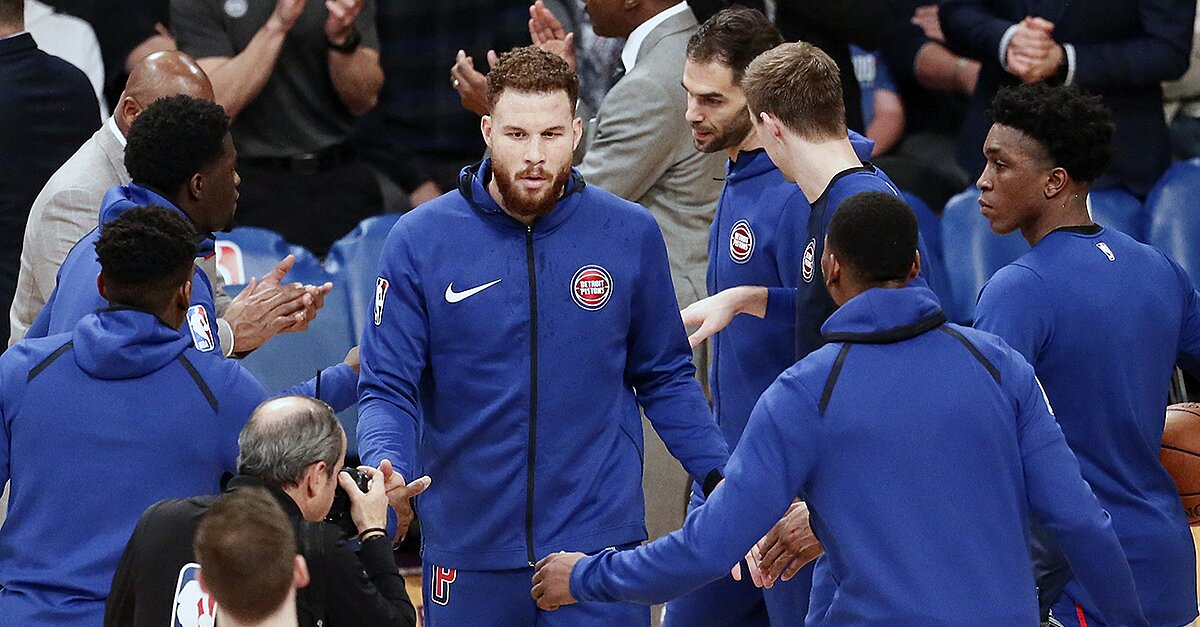 Griffin was traded from the Clippers abruptly last January after spending nine seasons in Los Angeles.

Pistons forward Blake Griffin made his much-anticipated return to Los Angeles when Detroit took on the Clippers in the Staples Center on Saturday afternoon.

As Griffin was about to head into the locker room after an early warm up, Clippers owner Steve Ballmer was waiting for the five-time NBA All-Star on the sidelines. Ballmer extended his hand for a handshake, but Griffin ignored his attempt and instead seemingly sprinted off the court.

Ballmer reportedly yelled “Blake! Blake!” with his hand out as Griffin made his way toward the locker room.

Griffin did acknowledge the Staples Center crowd following a tribute video streamed on the arena’s jumbotron during an early first quarter timeout.

The star big man was traded to Detroit abruptly last January after spending nine seasons in Los Angeles. The Clippers sent Griffin across the country alongside Brice Johnson and Willie Reed in exchange for Avery Bradley, Boban Marjanovich, Tobias Harris, a first-round pick and a 2019 second-round pick.

Griffin is averaged 25.1 points, 8.3 rebounds and 5.3 assists per game this season for Detroit. The Clippers sit at 17–23 going into Saturday afternoon’s game against the Clippers.