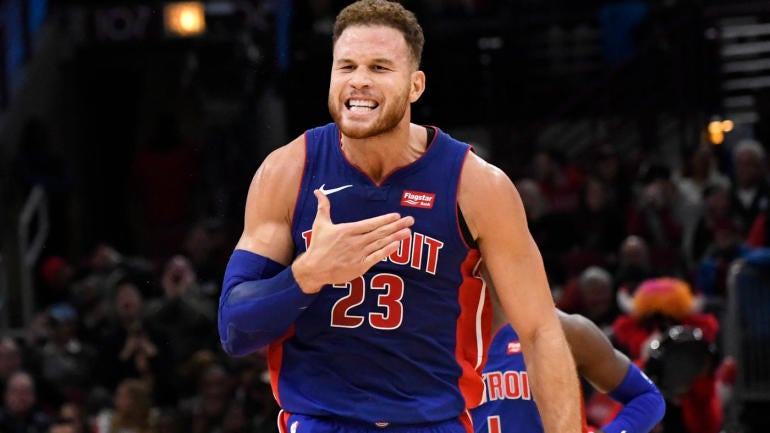 Detroit Pistons forward Blake Griffin returned to the Staples Center on Saturday for the first time since being traded by the Clippers in January of 2018. Though Griffin hasn’t played in a Clippers uniform in a year, he couldn’t completely close the book on that part of his career until he got his homecoming game out of the way. Now that it is, he’s ready to move on, which he will on Monday night when the Pistons continue their road trip against the Jazz (9 p.m. ET — Watch on FuboTV with NBA League Pass extension).

“It was nice to get that game over with,” Griffin said, via ESPN. “I kind of compare it to the first game of the year in a way. There’s such a big hype leading up to it, and then once it’s done, you have to play 81 more. Now we have to play 41 more or whatever it is. It’s over and I’m moving on, they’re moving on.”

The Clippers selected Griffin with the first pick in the 2009 NBA Draft, and he played an enormous role in elevating the franchise from a perennial doormat to a postseason staple. Accordingly, the organization honored Griffin with a tribute video on Saturday night.

“I didn’t see all of it, but I saw bits and pieces,” Griffin said of the video. “It was really cool to be welcomed back like that. It means a lot. I appreciate all these fans here.”

Griffin was clearly amped up for the game against his former franchise, as he exploded for 44 points (13-of-23 from the floor) and helped propel the Pistons to a 109-104 win. Though the return was an emotional one for Griffin, he was able to manage his feelings.

“I thought I did a good job for the most part [of managing emotions],” Griffin said. “I’ve played in some big games, and it was easier than I thought. I wasn’t overhyped — I was properly hyped.”

Griffin’s new coach Dwane Casey could tell that getting a win in his return to L.A. was important to him.

“I thought [the win] meant a lot to him,” Pistons coach Dwane Casey said. “The most important thing was his teammates were excited for it, and that is a sign of togetherness, and wanted to pull for your teammate, the success of your teammate. I thought that was really important.”

Though Griffin doesn’t suit up for the Clippers anymore, his impact on the franchise will be felt forever.