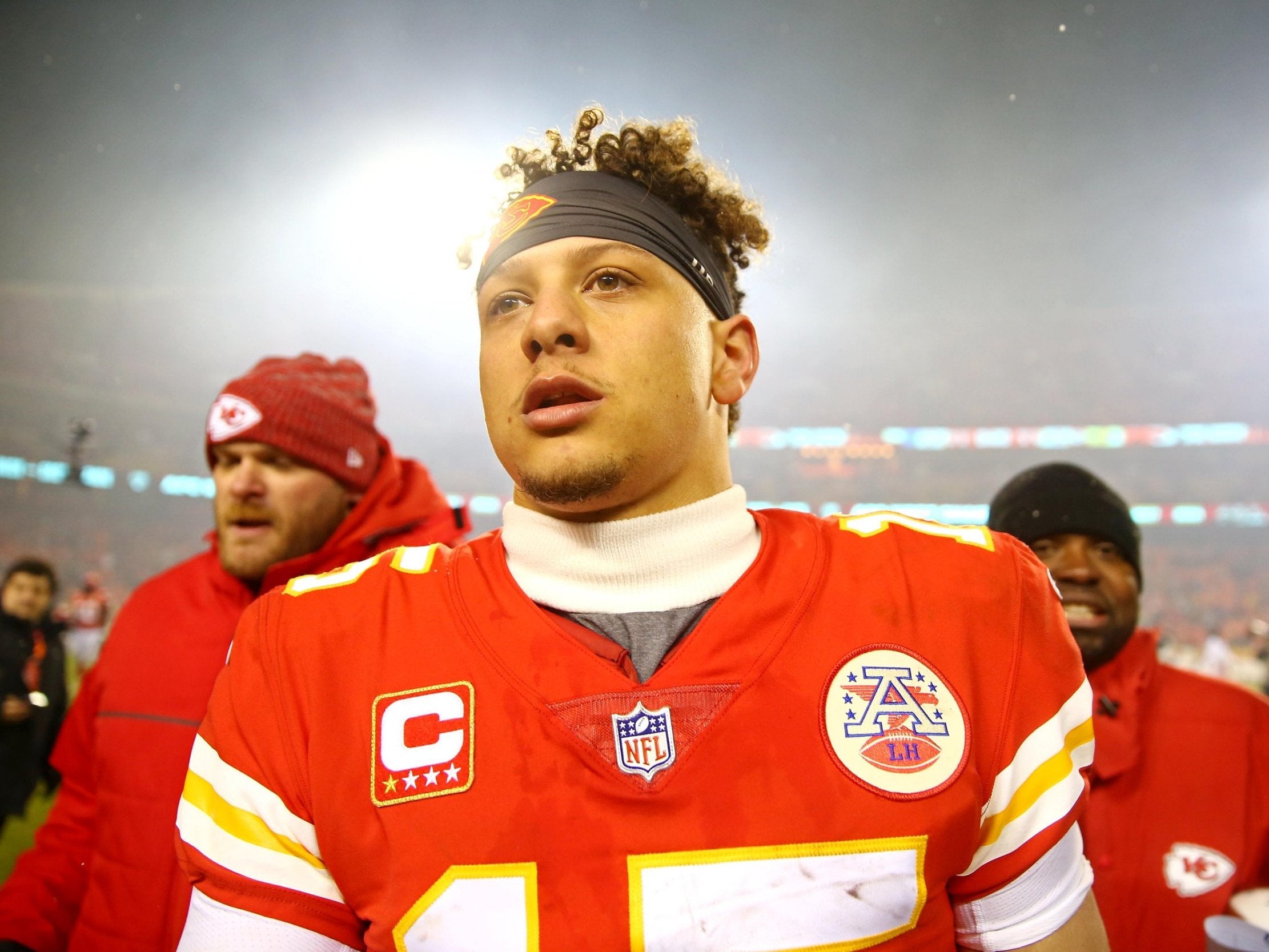 The Kansas City Chiefs will be at home for next Sunday’s AFC Championship game, which could bring together the best quarterback in the NFL this year against one of the best of all time.

MVP favourite Patrick Mahomes displayed his customary flair, passing for 278 yards and running a score as the Chiefs used their potent offense to jump on the Indianapolis Colts early en route to a 31-13 win in snowy Kansas City on Saturday.

The result ended a six-game home losing playoff streak by the AFC’s number one seed, and moved the team within one win of making it to the Super Bowl for only the third time.

Later, in more mild weather in southern California, the LA Rams beat the Dallas Cowboys 30-22 to advance to the NFC Championship game.

The Rams, in their third season in southern California after the franchise ditched St. Louis for Tinseltown, will have to wait another day to find out not only who their next opponents will be, but also the venue.

The win leaves them one more victory from the franchise’s first Super Bowl appearance since 2001, when they lost to the New England Patriots.

They will play the winner of Sunday’s contest between the New Orleans Saints and defending Super Bowl champion Philadelphia Eagles.

The top seeded Saints will host the NFC Championship game if they beat Philadelphia, but if the Eagles pull an upset then the Rams will be at home as the higher seed.

Not that the Eagles will mind that, because they won at the Rams only last month.

But with respect to the NFC teams, the AFC Championship game is the one that the neutral will most eagerly anticipate, especially if the Chiefs face the Patriots.

This match-up would bring 41-year-old Tom Brady up against Mahomes in what could serve as a passing of the torch from one generation of quarterback to the next.

Brady has already won five Super Bowls, while 23-year-old Mahomes played just one game in 2017, before taking the league by storm this season.

The two quarterbacks already put on a spectacular show this regular season, when the Patriots beat the Chiefs 43-40 in October.

The teams last met in the postseason three years ago, when the Patriots won 27-20 in a divisional playoff.

But for the teams to meet again the Patriots must get past the Chargers, whose 37-year-old quarterback Philip Rivers would also make a worthy adversary for Mahomes, if not be quite the blockbuster box office draw.

The Chiefs have not won a conference championship since the 1969 season when they beat the Oakland Raiders en route to the Super Bowl title over the Minnesota Vikings.

To put how long ago that was in perspective, consider that it was before Mahomes’s father was born.

Follow the Independent Sport on Instagram here, for all of the best images, videos and stories from around the sporting world.