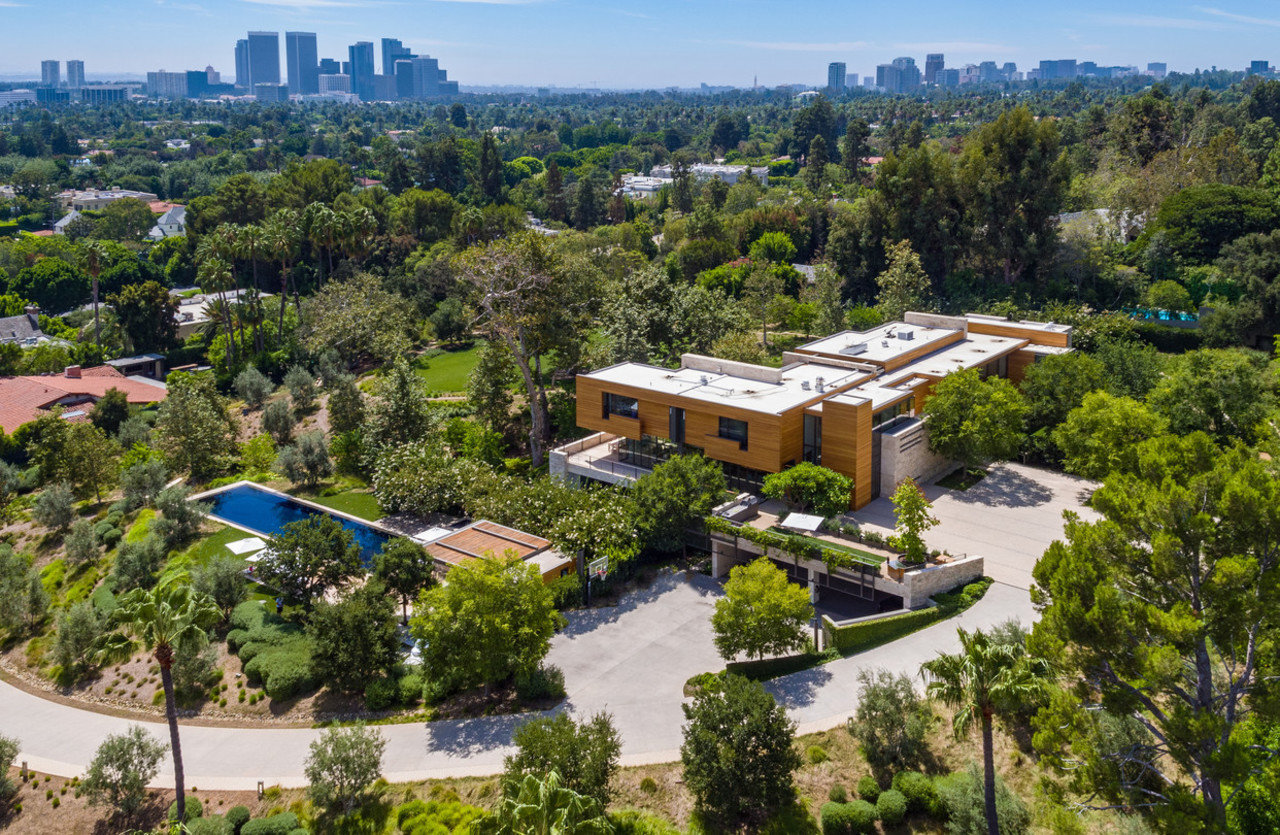 These days, Wasserman’s grandson, Casey Wasserman, 45, a sports and media mogul in his own right, owns the property, where he hired Pritzker Prize-winning architect Richard Meier to build a sprawling contemporary mansion, finished in 2016.

The house joins the growing pool of Los Angeles-area mega-homes asking north of $100 million, and would set a record for the metro area if it sold for its asking price.

More: How to Add Smart Lighting to Your Home Entertaining

Mr. Wasserman’s estate might not have the oceanfront that the last record-breaker did, but “we have an ingredient that it didn’t have,” said listing agent Stephen Shapiro, chairman of Westside Estate Agency. “We have 3.25 acres, parking for 35 cars and systems that are new and beyond the latest technology.”

But even more impressive than its architectural cachet is the property’s Hollywood history.

A film industry titan, Lew Wasserman was the former chairman of Music Corporation of America (MCA) and an intimidating studio executive who launched the careers of Old Hollywood heavyweights such as Judy Garland, Alfred Hitchcock and Fred Astaire. Wasserman, who died in 2002 at age 89, lived in a midcentury home on the property in Beverly Hills for 50 years with his wife, the late philanthropist Edie Wasserman.

Guests at the house included four presidents, including Ronald Reagan and Bill Clinton, and a who’s who in the entertainment industry, according to information and photos provided by the listing agent.

Casey took over his grandparents’ longtime home following Edie’s death in 2011 and expanded into a neighboring lot that was previously the home of Frank Sinatra, property records show.

Clad in wood and stone, the three-story main mansion spans more than 18,500 square feet with six bedrooms and an elevator. The architect designed living areas with walls of glass to capture the jetliner views over Los Angeles and built spacious, gallery-like interiors. The great room has automated steel doors that open out onto the lawn, and there are luxurious amenity spaces such as a 1,150-square-foot gym and private theater.

From Penta: Great Escapes: The Culinary and Cultural Delights of Chengdu

Though he’s only enjoyed the finished home for a few years, Mr. Wasserman has decided to sell because he and his family spend too little time there, Mr. Shapiro said. Mr. Wasserman could not immediately be reached for comment.

“It was always his dream to build this architectural masterpiece. But as it turns out, he’s in an airplane all of the time,” Mr. Shapiro said. “There’s nobody in the house except for the staff.”