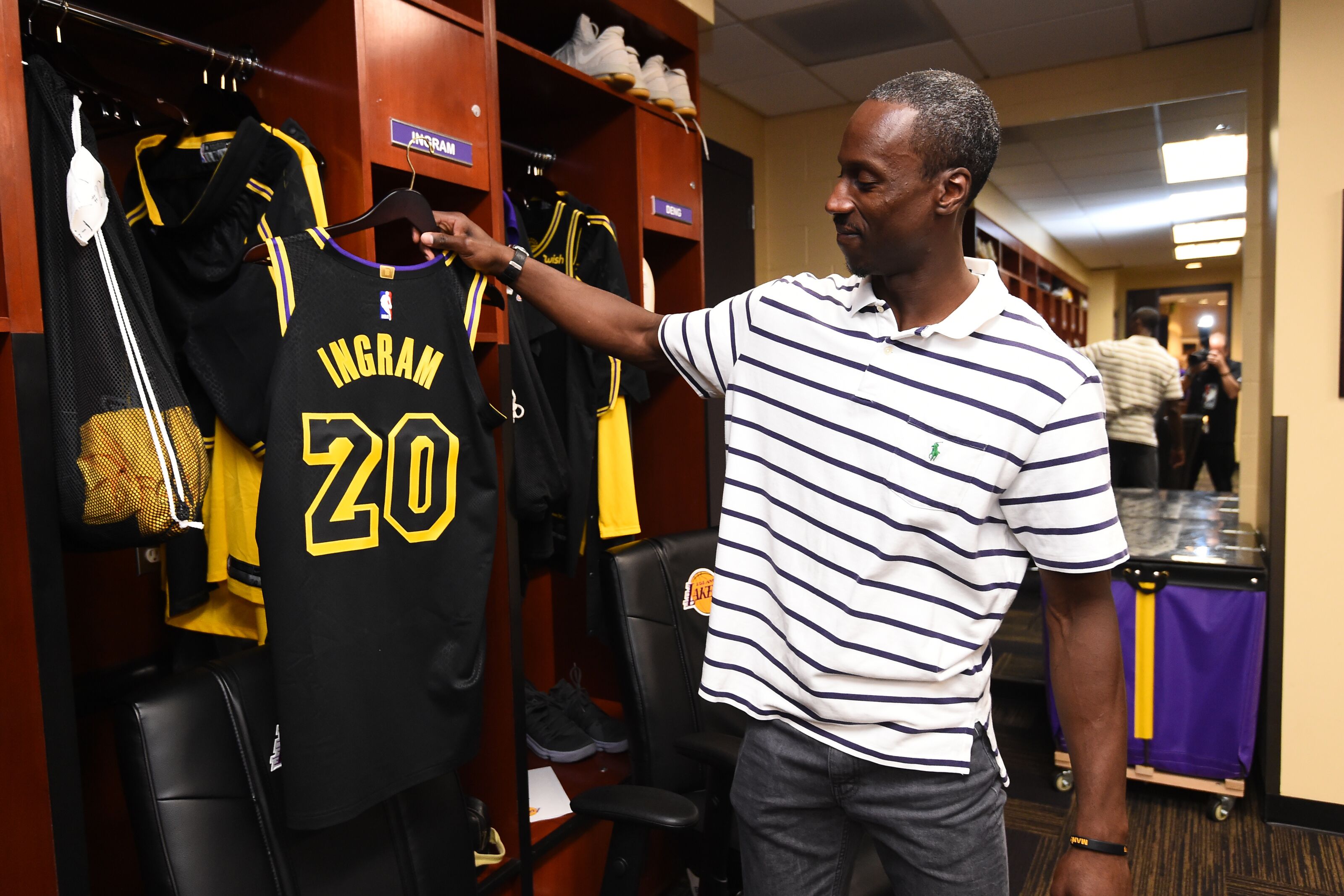 The Los Angeles Lakers could use an infusion of some shooting on the roster. They should look no further than their own G League team with Andre Ingram.

I have a business proposal for the Los Angeles Lakers (No, not a job in basketball operations! Unless they’re gonna do it!)

I come to the franchise on behalf of Andre Ingram, a player on your G-League team, the South Bay Lakers.

Recently, Andre Ingram has made history by playing in his 402nd G-League game…

A great achievement but it kinda reminds me of the scene in Bull Durham where it was found out by Susan Sarandon that Crash Davis played by Kevin Costner had a chance to break the all-time minor league home run record. He really wasn’t that excited…

Crash Davis was in the show though. Three whole days.

Well, Andre Ingram was in the show…just like Crash Davis in Bull Durham! Three whole days!

That period spanned two games. Two whole games! Games 81 and 82!  That didn’t matter much to the Los Angeles Lakers, but to Ingram and the rest of us, it’s two more games than a lot of people on this Earth can say.

The first game put Andre Ingram on the national news, dropping 19 points on 6-8 shooting from the field which included 4-5 from the land of the extra point. It was the highest total in a rookie debut since Nick Van Exel dropped 23 points way back in 1993.

Instead of yelling out MVP like everyone does for players that play well in one game, don’t you just want to yell out Rudy!…Rudy!…Rudy!

This is the real professional Hollywood script of Hoop Dreams. The man has a family, a wife and some kids. It is really difficult to live in California and take care of a family on $19,000 for last year and a slight increase for this year.

Did he replicate his hot shooting against the Clippers in the next game? No. This is a make or miss league (ask Kyle Kuzma with his shooting with a 40 point game followed by an absolute clunker!), but he was a factor in other ways.

Dishing out six assists, grabbing three rebounds and collecting two steals means he didn’t stick his head in the sand. He played hard and competed. He knows other ways to contribute! Think the Los Angeles Lakers can’t use a player with that type of assets next weekend?

When it was over, Andre Ingram showed class and appreciation for just putting on a Los Angeles Lakers uniform…

“Just excellent. It was an amazing last few days. To think I wasn’t even going to be here, to think I’d be on a plane home to Virginia, but to instead be here living out a dream. It was just amazing to cap it off with a victory. Again, the reason we’re here to play basketball, we’re here to win games. To cap it off with a win, to have a special night last night, I mean what more could I have asked for, it’s just all good.”

Now let’s get to this year. Let me put this in the minds of Lakers fans. I hope I’m wrong but I starting to doubt it…

LeBron James could be out as long as after the All-Star break. If he does come back sooner than that it will take time for him to get his rhythm back. If that happens, the Lakers front office will have to do something if they want this team into the playoffs.

Anthony Davis is not coming this season. Meaning that the young core is not going anywhere this season. If the front office stands pat on keeping the salary cap flexibility intact (Oh they do!) they will have to go the buyout market route or grab players and put them on 10-day contracts.

Let me introduce you to Andre Ingram! Oh, you know him already? Good!

Now I know there has been a steep drop off in Ingram shooting according to Basketball-Reference, but his entire body of work shows us that this dude can shoot the ball.

Will he be a major contributor on the floor during game time? No. But man he can do some things on the practice floor. With Rajon Rondo out with hand injuries, the Lakers need someone to push Lonzo Ball in practice. I’m very sure that Ingram would love to push Ball and keep him engaged and sharp for game time.

As for this shooting situation. I don’t care who comes in at this point. Kentavious Caldwell-Pope probably needs some company in practice with shooting drills to keep him sharp. On NBA TV, Dennis Scott can say on air that he was so impressed that Warriors players play shooting games and if you miss two shots, it’s over. Maybe this type of atmosphere can help the Lakers inconsistent shooting woes.

Now for all of the fans thinking about Svi Mykhailiuk and asking what about him?

He is averaging 2.9 points per game shooting 34 percent from the field and 32 percent from 3 point land. Free throws? 55 percent. We’re talking options here. Why not give Andre Ingram a shot. He’s cheaper and you may get more bang for the buck!

How about Lance Stephenson’s minutes?

Think about the point guard situation here. If Ball gets in foul trouble and Brandon Ingram is not initiating the offense, guess who is the point guard? Yep. Lance Stephenson.

Stephenson’s guitar routine sometimes gets you in the mind frame of blues because he has been in and out of Luke Walton’s doghouse all year. Andre Ingram is a viable option for an emergency point guard if needed to keep the steady hand.

Again, it’s highly unlikely that the Los Angeles Lakers will sign Andre Ingram this year. But it would be nice if the Lakers did give him a couple of 10-day contracts for practice and locker room purposes. He seems to be a good dude and is a professional. You have to be a professional to be a family man playing in the G-League all of these years. Plus he could use a couple of dollars. But the Lakers already know that he will earn every dime!

This article may not get you into a Los Angeles Lakers uniform again, but if it does…

Can I get a practice jersey, tickets, a chance to be your agent?