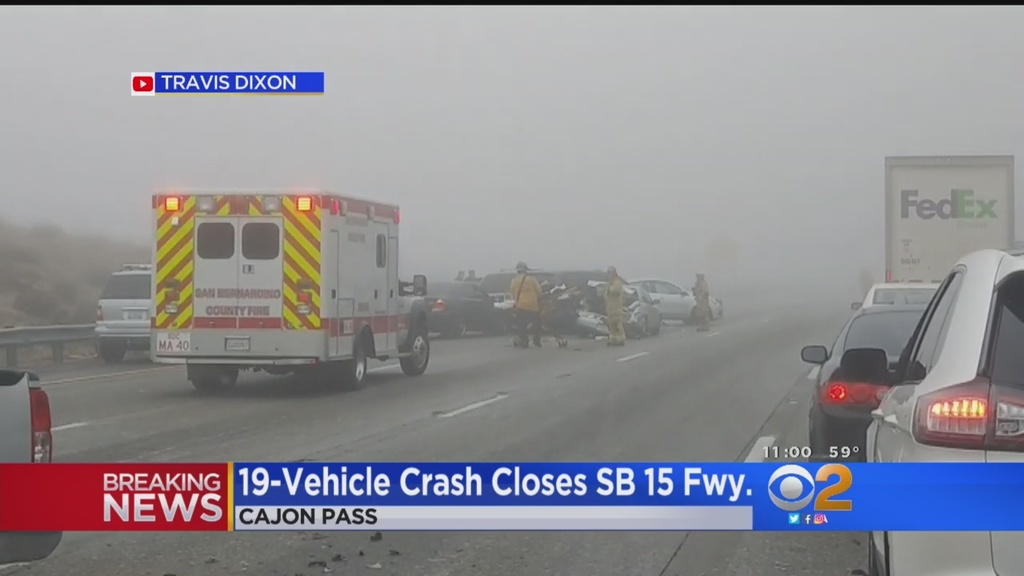 A 19-vehicle crash Wednesday morning in a foggy mountain pass shut down a portion of Interstate 15 in Southern California.

The San Bernardino Fire Department reported the crash on Twitter about 9:40 a.m. in the southbound lanes of I-15 at the Cajon Pass, about 60 miles east of Los Angeles.

At least 35 people were injured and triage was ongoing, the department said, although the majority of people were declining to be taken to a hospital.

The department said weather was a contributing factor to the crash. The southbound lanes remained closed as of about 10 a.m.

Cajon Pass is a major route between Southern California and Las Vegas.