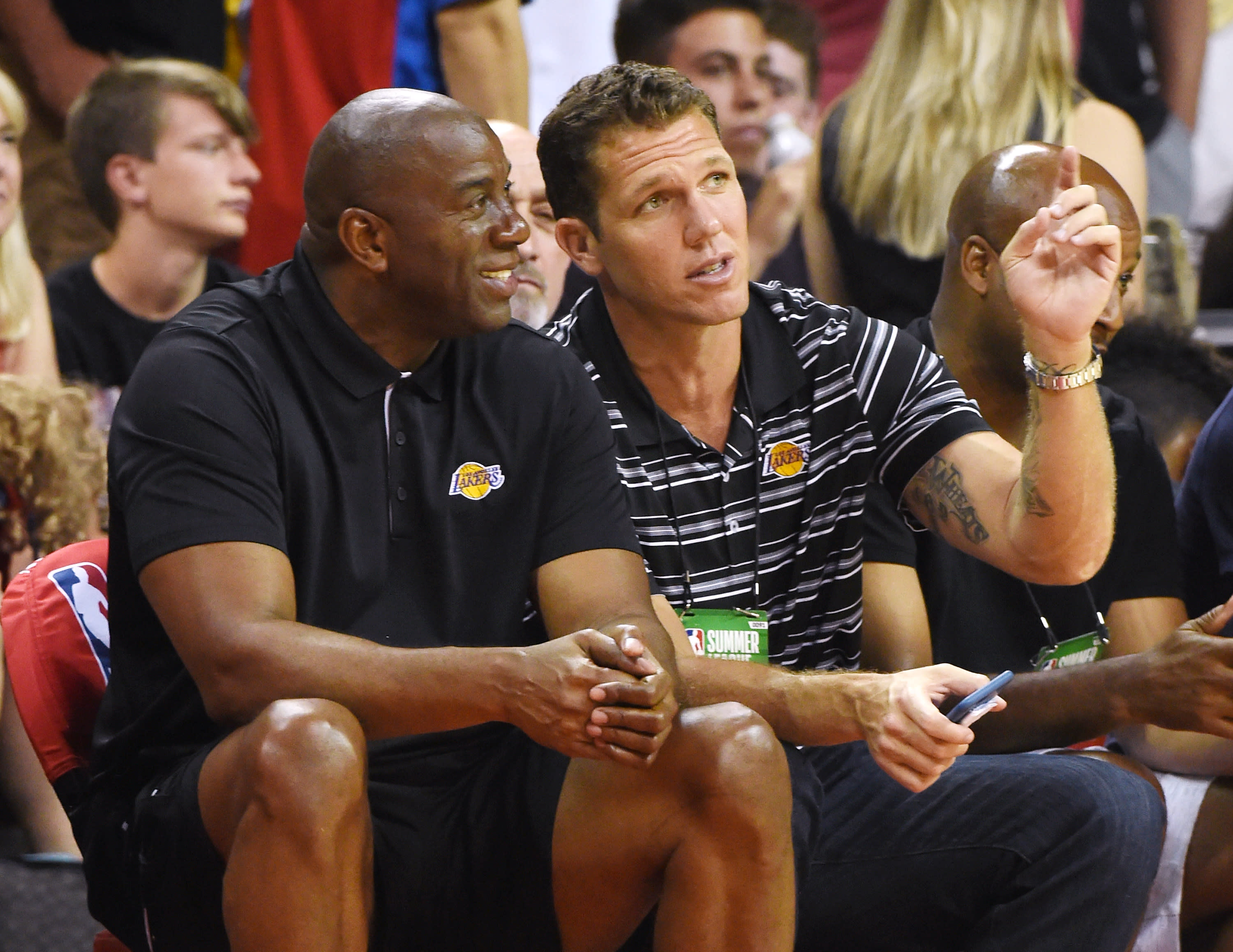 Despite a slow start and repeated reported rifts between Los Angeles Lakers coach Luke Walton and team president Magic Johnson, Walton insisted the pair’s relationship has been solid midway through his second-year as the team’s head coach.

“It’s been good,” Walton told The Athletic this week. “Honestly, it has. … Anytime I call him, he calls back within an hour or two, and we talk hoops. He wants to win, and I want to win. So as far as that (goes), we’re all trying to do the same thing, and I don’t feel like he’s trying to move me out of there.”

The Lakers got out to a slow 3-5 start this season — something that drew criticism instantly from the basketball world, especially after the addition of LeBron James. The start even reportedly caused Johnson to have “admonished” Walton in a meeting on October 30, causing many to speculate about his job security.

Things have improved for the Lakers since then. They now have a 23-19 record and are sitting in eighth place in the Western Conference — currently on pace to sneak into the playoffs for the first time since the 2012-13 season.

The team has stumbled lately — they’ve gone 2-5 without James since Christmas Day, when he suffered a groin injury that has sidelined him since. And a lot can change between now and playoff time. The Lakers hold a narrow lead over both the Utah Jazz and the Sacramento Kings for that final playoff spot in the West, and many speculate that they’ll attempt to land another superstar to play alongside James at some point, too.

Walton, however, said he’s completely past that meeting with Johnson more than two months ago. Now, they’re in a good place — something he knows is critical for success in Los Angeles.

“We definitely talked about (the Oct. 30 meeting),” Walton told The Athletic. “Me and him, one on one. We 100 percent have moved forward from it. I don’t think it has changed anything. We still — it’s still the ultimate goal, and there’s time when I’ll call him or go sit in his office and pick his brain on what he’s seeing and what kind of suggestions he might have.

“But there’s no — what’s the word — discomfort. I don’t walk in there, and it’s like, ‘F—, I’ve got to go talk to Magic.’ Like, I have no problem going in and sitting down with him and talking about what’s going on without thinking about that at all.”