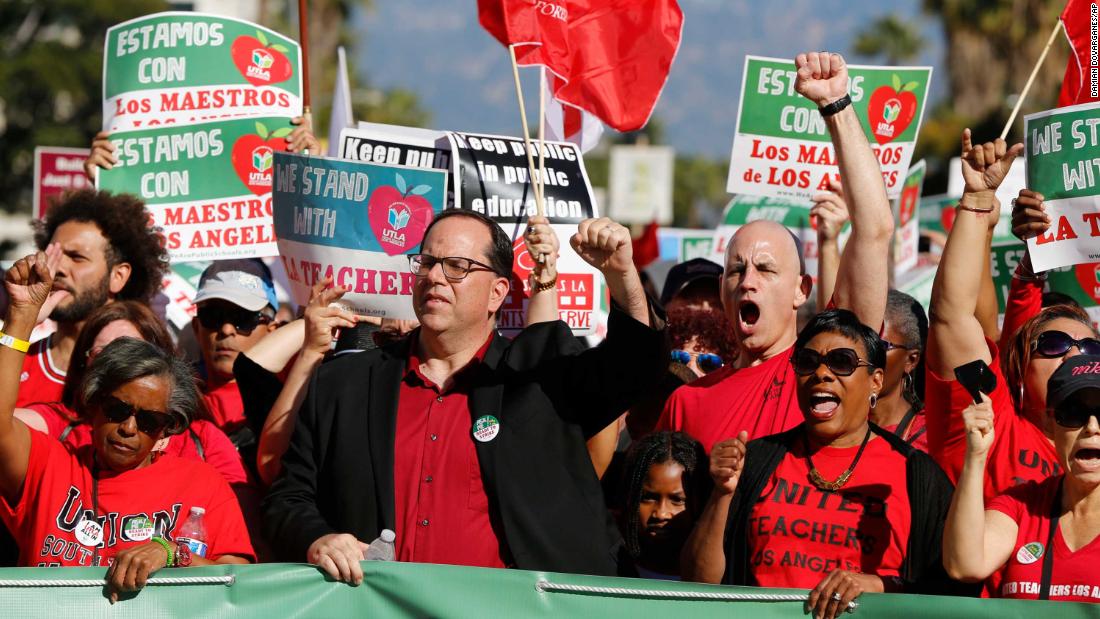 United Teachers Los Angeles said it will delay the strike, originally set to start Thursday, to Monday “in order for clarity and to allow members, parents, and our communities to plan.”

“We know there are tough decisions ahead for the more than 600,000 students and their families impacted by a strike,” the union said Wednesday.

The four-day delay also buys more time for UTLA and the Los Angeles Unified School District to reach a deal on the main issues dividing them: how much money to put toward

But the school district says all that money is already earmarked for education spending. In fact,

the school district is facing years of projected deficits

” its deficit spending. The state-funded office

helping ensure local school districts, including LAUSD, are financially responsible and not in debt.

But that doesn’t mean the county is taking the district’s side on the strike.

“To be clear, LACOE has no position on ongoing negotiations with United Teachers Los Angeles (UTLA), though we clearly hope that a strike can be avoided,” the county agency said.

UTLA President Alex Caputo-Pearl said Wednesday’s negotiations with the school district went nowhere. He accused LAUSD of misleading the public when it announced an offer to fund

— when, in fact, those new hires

School district officials ask the state for help: LAUSD Superintendent Austin Beutner and Board President Mónica García went to Sacramento on Wednesday to make their case for more state funding.

While meetings with state leaders didn’t lead to immediate, drastic results, “We are building support at the state level to find more resources to help our students,” Beutner said.

The union president chastised Beutner for going to the capital instead of meeting with the union Wednesday to negotiate. But the superintendent said the district was represented by other senior officials.

Beutner has 2 months to create a plan for more money: Facing increased financial scrutiny, school board members ordered the superintendent come up with a three-year “enterprise plan” to get more revenue.

The board gave him a March 18 deadline “for creating a plan that could include parcel tax and school bond measures, as well as strategies for increasing enrollment,” the school board said Tuesday.

Both sides will head back to the negotiating table: The union and school district will meet again Friday for another round of negotiations, Caputo-Pearl said.

If no deal is reached by Monday, he said, 32,000 teachers and staff members will strike.

If that happens, the district’s 600,000 students should still go to school, LAUSD said. The district says about 400 substitute teachers and more than 2,000 reassigned administrators will fill in for protesting teachers.

The union president said he would love to see parents join teachers on the picket lines, if the strike happens.

“While every family will make their own decision on whether to send their child to school in the event of a strike, having many parents and allies on picket lines will be powerful and transformative,” he said.