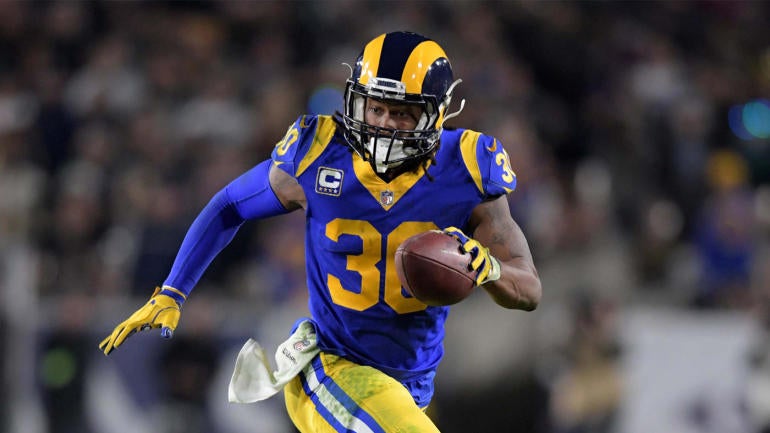 The Los Angeles Rams have been through a lot trying to win over their fans. Naturally, going 13-3 this season didn’t hurt the cause, but one of the ways they’ve tried is by eschewing their navy and gold uniforms from the St. Louis days for their blue and yellow ones. It’s a throwback to their original time in Los Angeles, and it’s a good way to show that this team is serious about continuing the Rams’ history.

With that in mind, the Rams are going to be wearing blue and yellow for Saturday’s divisional game against the Cowboys, something that they weren’t allowed to do in their playoff game last year.

Last season really was a mess in the fashion department for Los Angeles. They had to wear their helmets with white horns with their navy jerseys with gold accents, and it just looked … bad.

This is a step in the right direction for the Rams, who really just want to be the Rams of old. Although it would be hilarious if they just threw their hands up and went color rush.

The team they’ll be going up against, of course, has no such problem. The Cowboys will be wearing the jerseys they always wear. It’ll be like 1970s and 80s all over again on Saturday night.

Watch Saturday’s and Sunday’s playoff games on fuboTV, try it for free, and stream Chargers-Patriots and all the CBS games on CBS All Access.