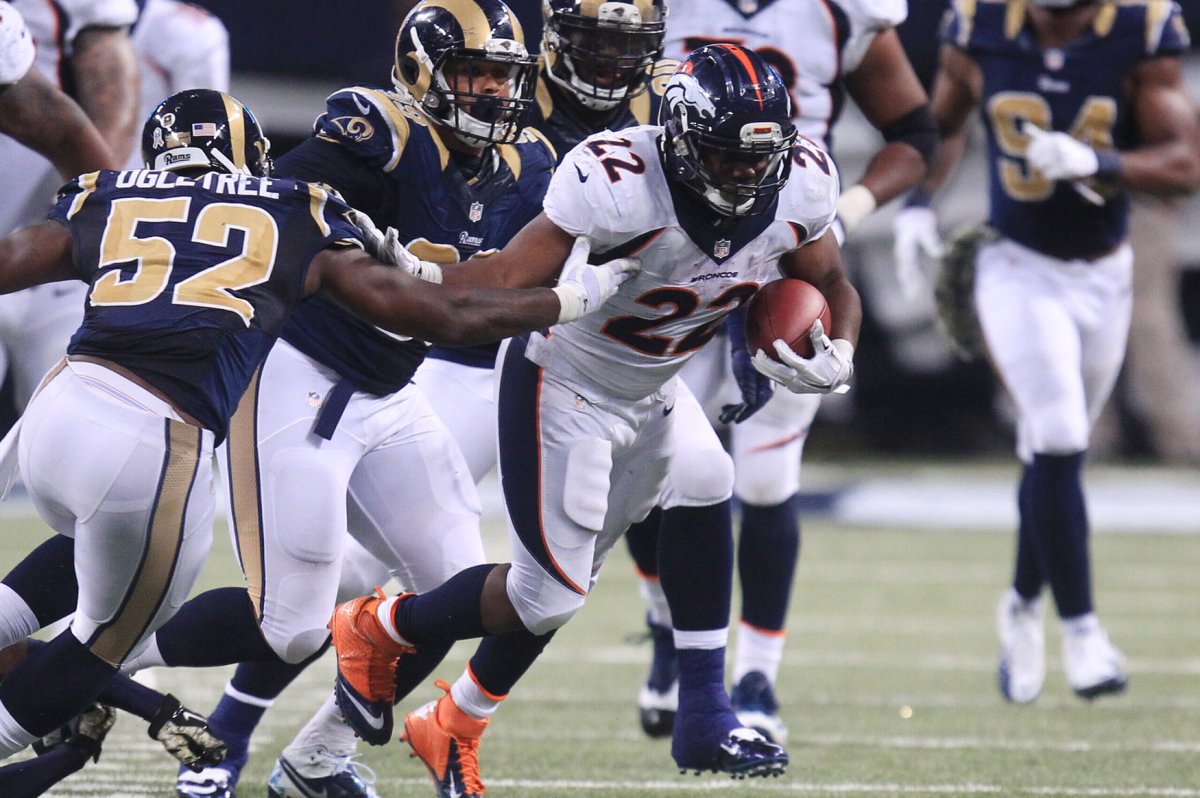 The Los Angeles Rams have lost two straight games and have concerns at the running back spot, and they reportedly are taking action by signing free-agent running back C.J. Anderson.

The Rams have not announced the signing of Anderson, but they waived kick returner Pharoh Cooper to open a roster spot, and Mike Garafolo of NFL Media reported that the team is in the process of signing Anderson to the 53-man roster.

The Rams believe starting running back Todd Gurley will be fine despite inflammation in his knee, but they lost backup Malcolm Brown to a season-ending injury.

The 27-year-old Anderson will give the Rams some experienced depth at the position.

Anderson spent a week with the Oakland Raiders earlier this month without playing in a game before being released. He also played nine games, including one start, for the Carolina Panthers this season. He had 24 carries for 101 yards and caught a 24-yard touchdown pass while backing up Christian McCaffrey.

Last season, Anderson rushed for a career-high 1,007 yards and caught 26 passes for 224 yards for the Denver Broncos, who released him last April. He played his first five NFL seasons with the Broncos, who signed him as an undrafted free agent. He has started 37 NFL games in his career.