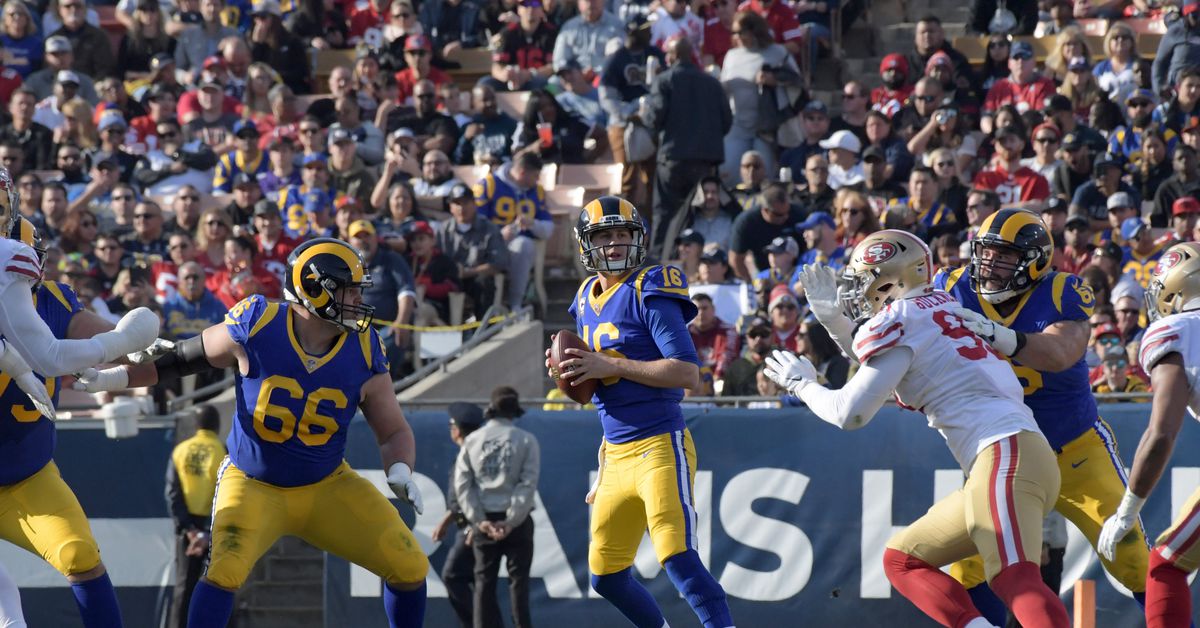 The Rams’ Head Coach breaks down the injuries to LT Andrew Whitworth (banged knees) and S Blake Countess (concussion), going 13-3 on the season, the successful offensive drives in the second half, the defenses performance in the past few weeks, and the effectiveness of RB C.J. Anderson

The signal caller talks about the defenses performance helping get the offense short fields, the importance of the defense creating turnovers, how the team feels heading into the playoffs, the defense gelling in the past two weeks, and what he learned in the playoff loss last year versus the Atlanta Falcons

Suh talks about this being the first time he’s in a bye week playoff situation, being ready for the best punch from whoever the opponent is, and the defense improving as they head into the playoffs

AD talks about the pressure getting to the QB and forcing him to make mistakes leading to turnovers, how the team feels heading into the playoffs with some experience this year, what they took away from last year’s playoff game, getting his lone sack in the game, and the performance of Cory Littleton

The Rams’ signal caller on defense talks about his first ever touchdown, going 13-3 on the season and securing a playoff bye week, what he plans on doing with the touchdown football, and what the entirety of the season has been for him

JRey talks about the confidence building going into the bye week, the offense being in rhythm throughout the game, and the performance from C.J. Anderson

Peters talks about the comfort of being 13-3 and getting the playoff bye week, the chance to play two games and find themselves in the Superbowl, and the defense clicking at the right time

Cam DaSilva shares his game recap, his game balls, the stat of the game, and his game notes

Rams own NFC West with a divisional sweep | Rams Wire

Rams have had remarkable continuity on the OL | Rams Wire

The Rams are going to have all five of the same offensive lineman start every game from 2017 and 2018 (outside of Jamon Brown who was replaced by RG Austin Blythe). That level of continuity is unheard of

Andrew Ortenberg’s three key takeaways include: Jared Goff regaining his swagger, the defenses momentum, and the rise of C.J. Anderson

Rich Hammond shares quotes from players and coaches, as well as his game recap and statistics

This time, Rams roll into the playoffs not knowing what they’re in for | ESPN

Our old friend Nick Wagoner shares his detailed game recap. He also outlines the Rams’ playoff road being an unknown with the bye week

Looking through the opponents’ lenses, TE George Kittle set a new record for receiving yards by a tight end in a season with 1,377