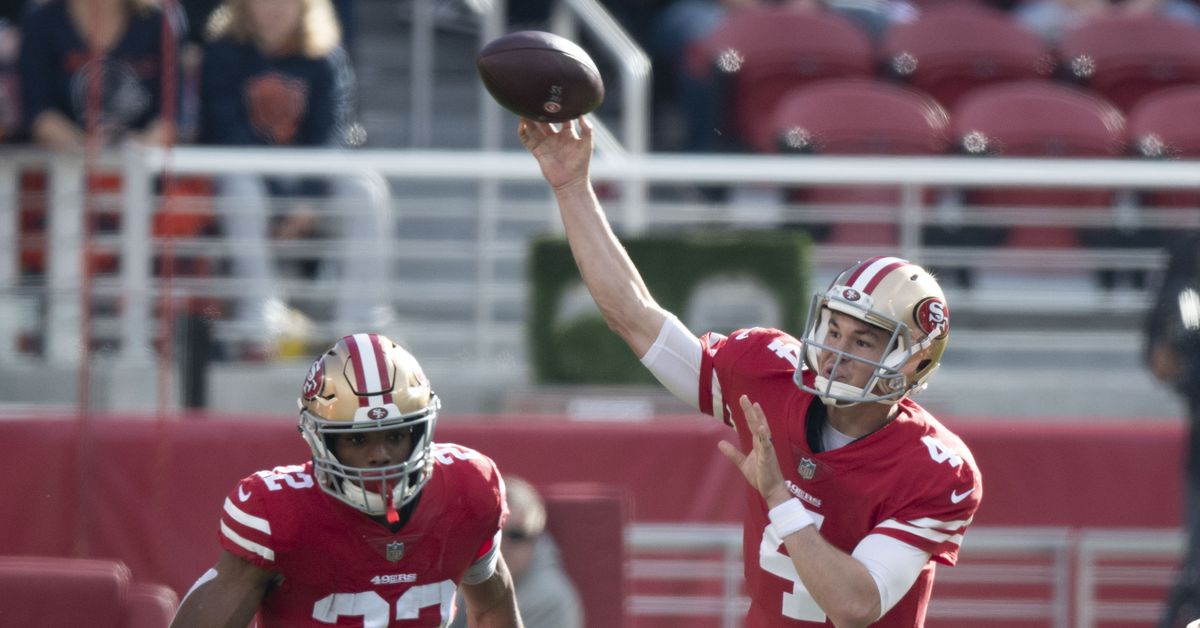 The Los Angeles Rams enter the regular season finale with many goals already accomplished. Having clinched a playoff berth and NFC West crown, the Rams won’t be able to get the number one seed (New Orleans Saints clinched) but can do the next best thing by clinching a bye week in the playoffs.

Standing the way are the pesky San Francisco 49ers. The past three weeks, the 49ers have defeated the Broncos, broken their losing streak against the Seattle Seahawks, and lost in a tight battle with the Chicago Bears. Here are some of the key players who will play and try to play spoiler for the Rams aspirations.

The opening day third string quarterback, Nick Mullens has surprised with his play. Since being named the starter, Mullens has a better than expected 3-4 record entering this contest. For the season, he has completed 153/241 (63.5%) of his passes for 1,995 yards, 10 TDs, and seven interceptions. Mullens also boasts a 59.4 QBR which would be considered “above average”. Look for the Rams defense to ride their mini hot streak of strong play and hopefully limit Mullens.

Quietly leading the 49ers defense in tackles is rookie Fred Warner. The third round pick out of BYU has played in every game while amassing 109 total tackles entering the finale. With the Reuben Foster situation coming to a close in the Bay, Warner’s emergence helps to mitigate losing a first round pick at the position group. Look for Warner to get his crack at the Rams offense.

Quietly, a pair of young skill players have emerged for the 49ers due to injury and situation. Wilson Jr. has seen his workload increase as Matt Breida and Alfred Morris have had their issues in the season. With George Kittle being the primary passing target along with Marquise Goodwin and Dante Pettis battling injuries, Bourne has quietly been the steady receiver for the team.

49ers’ RB Matt Breida’s season is over after aggravating his sprained ankle, and WR Dante Pettis also is done for the year with an MCL sprain.

With Breida and Pettis having their season ended early, Wilson Jr. and Bourne will likely get their share of looks in the season finale. In five games, Wilson Jr. has 257 yards on 63 carries while also catching 12 passes for 98 yards. Bourne is actually the third leading receiver for the team with 37 receptions for 428 yards and three touchdowns.

Another young player emerging towards the end of the season, Lee has been all over the field, especially in the last couple of weeks at the middle linebacker spot. For the season, Lee is the third leading tackler for the 49ers with 56 total tackles, a sack, and a forced fumble. Coming in strong as of late, Lee has back to back games with double digit tackles (11 against Chicago, 10 against Seattle). Lee and Warner will have their challenge against the Rams rushing attack, whether it’s Todd Gurley coming back healthy or veteran C.J. Anderson.