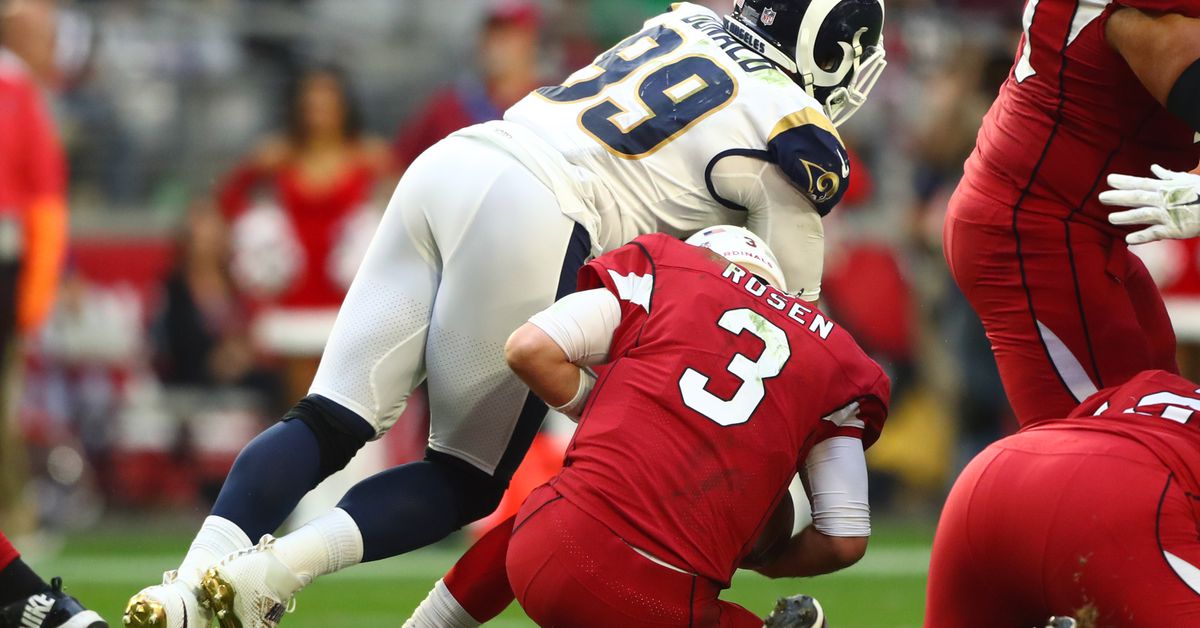 The Los Angeles Rams badly needed to end their losing streak. Luckily for them, they had the opportunity to face the Arizona Cardinals. Even with RB Todd Gurley ruled out before the game, the Rams went on to defeat Arizona 31-9 with strong defense and improved offense.

Coming into the contest, I thought the Cardinals would continue to lean on their younger players to try and find success against the Rams.

Rosen was hoping to take advantage of the slumping Rams. but instead consistently faced pressure from the Rams defense. Rosen was sacked four times (three times by DT Aaron Donald and once by Ndamukong Suh). For the game, Rosen completed 12/23 passes for a paltry 87 yards. However, he did lead the Cardinals in rushing with four carries for 49 yards.

The leading tackler for the Arizona Cardinals also lead the team in tackles for the contest with eight total tackles. Bethea also added a pass defended and tried his best to slow down the Rams offense. Considering C.J. Anderson rushed for 167 yards and Jared Goff had an efficient 200+ yards in the air, the leader of the Cardinals defense didn’t make quite the impact he would have liked to.

Apologies for not doing my research. Fitzgerald had a strong game against the Rams. Targeted nine times, Fitz caught six passes for 53 yards. In addition, Fitzgerald had a touchdown throw to David Johnson.

It’s hard to not appreciate the greatness of Fitzgerald, who is all class and a great player.

Baker had a rather pedestrian game against the Rams. Finishing with four tackles, Baker was on the field more as a slot corner instead of a safety.

Johnson actually was out-rushed by the rookie quarterback as he finished the game with ten carries for 35 yards. Johnson was however able to cash in on WR Larry Fitzgerald’s pass from 32 yards out, which was his lone reception for the day.