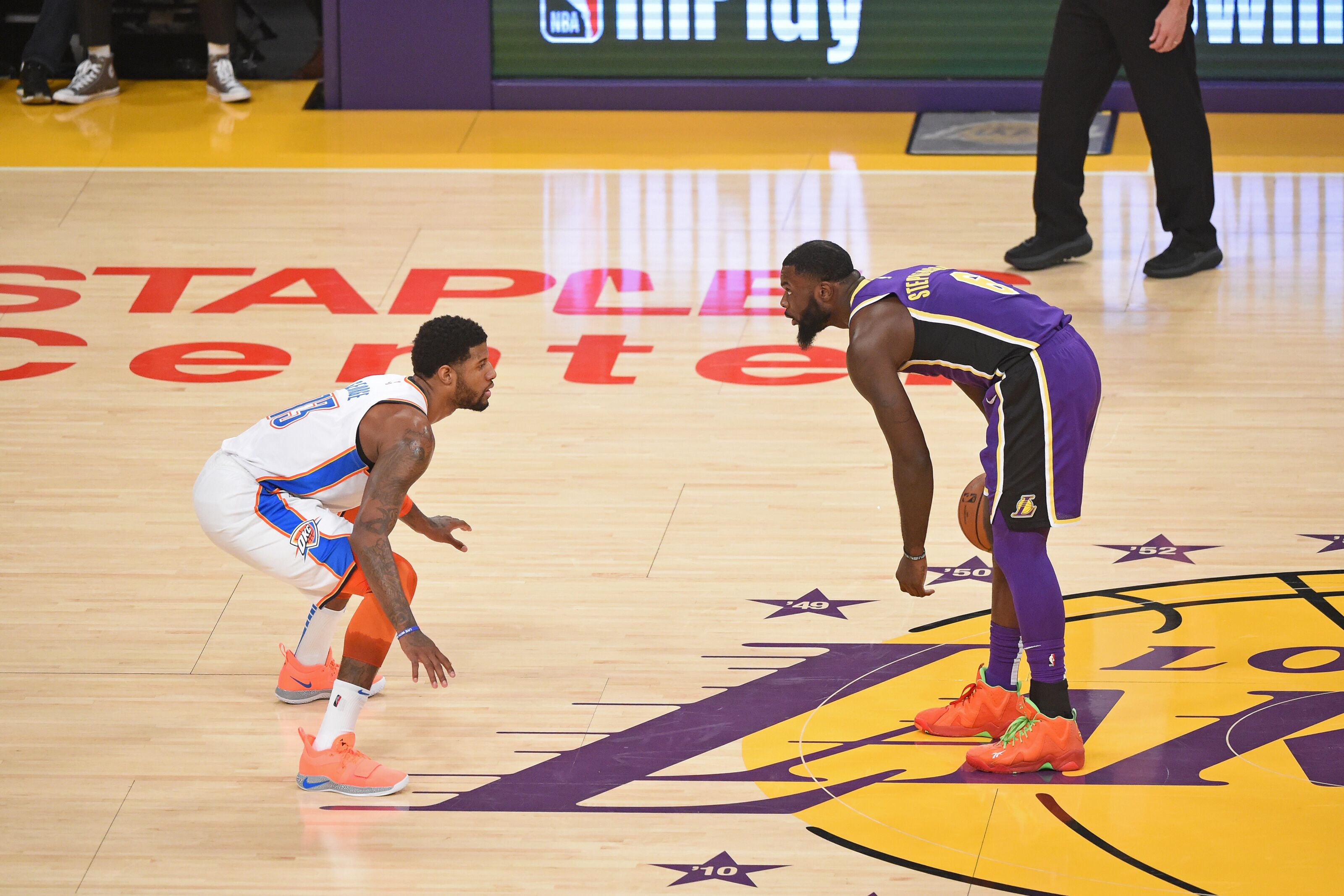 The Los Angeles Lakers are heading back on the road to face the Oklahoma City Thunder and we have all the information you need to enjoy the game!

The Los Angeles Lakers were able to get a much-needed victory over the Chicago Bulls on Tuesday night. The game wasn’t pretty, but a strong second half pushed the Lakers to victory, snapping the team’s two-game losing streak.

It was as close to a must-win game for the Lakers as a team can have in January. With LeBron James and Rajon Rondo sidelined, the team has struggled to win games in the past three weeks.

The victory over the Bulls was important because the Lakers schedule is extremely daunting over the next few weeks. That daunting schedule starts with a two-game road trip, with the first stop being in Oklahoma against the Oklahoma City Thunder.

Like the Lakers, the Thunder have been struggling recently. Oklahoma City has lost three of their last four games, including a blowout loss against the Atlanta Hawks on the road on Tuesday night.

You know that the Thunder will be motivated to face the Lakers after the embarrassing performance against the Hawks.

This will be the second time since James has been sidelined that the Lakers and Thunder face each other. The Thunder won at the Staples Center on Jan. 2. Los Angeles blew a fourth-quarter lead, getting outscored 29-18 and losing 107-100.

The Lakers offense cratered as they had no one to turn to in crunch time. On the other hand, the Thunder had Russell Westbrook and Paul George to rely on. George scored 37 points, while Westbrook triple-doubled.

Both struggled at points in the game, as George had foul trouble throughout the first half. Westbrook made only 3-of-20 shot attempts, but when the game was on the line, both stepped up.

The Lakers will have their hands full against a motivated Thunder squad tonight. This will be a measuring stick game for the young Lakers, as it could be a real confidence boost if they are able to pick up the upset victory without James and Rondo.

For bettors, this game looks quite one-sided. The Lakers have not done well on the road, whether it be their overall record or against the number, as they are 9-12 in both. On the other hand, the Thunder have played well, going 14-6 at home and 11-9 against the number. As long as James is out, the under is always an option in Lakers games as well, as their offense has struggled but their defense has been solid.