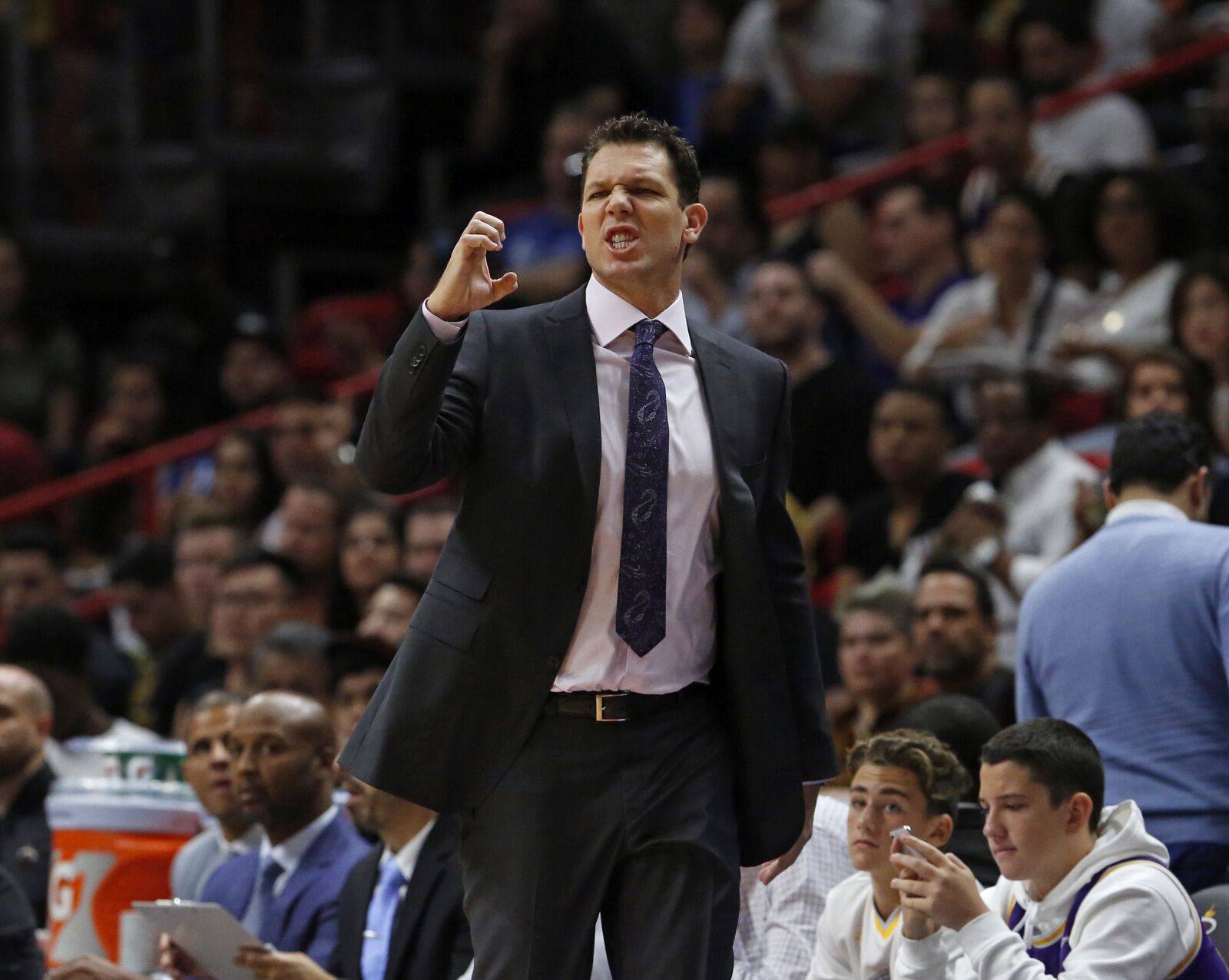 The Los Angeles Lakers might be considering a lineup change after an extremely disappointing loss to the Cleveland Cavaliers.

On Sunday night, the Los Angeles Lakers suffered arguably their worst loss of the season against the Cleveland Cavaliers. While the Lakers were still without LeBron James and Rajon Rondo, they were double-digit favorites at home against the Cavaliers.

Right from the start, the Cavaliers were able to get the lead early. While the Lakers did make a few runs in the game, they were never able to get over the hump later in the game. The poor starts have become a trend of late, and Luke Walton might be considering some changes.

After the loss to the Cavaliers, Luke Walton talked about potential lineup changes. Here’s what he said via Dan Duangdao of LakersNation.com.

“We might have to do something to the starting lineup right now. Every game, it feels like we’re giving up 30-plus points in the first quarter, so we’ll take a closer look at that. I really thought we’d come out with a little better energy.

“By the end of the games, we’re doing a nice job of stabilizing our defense and getting the stops we need, but we can’t just keep giving up 30 points to start the games. We’ll take a look at that, possibly make a change before Tuesday. It’s up to us to try to find a combination that gets us off to better starts.”

Considering the struggles of late, making some changes to the starting lineup for a bit of a spark is certainly worth a shot. In all likelihood, Lonzo Ball, Brandon Ingram, and Kyle Kuzma should be in the starting lineup as long as both James and Rondo are out.

With another game that they should win at home against the Chicago Bulls, the Lakers really need to improve how they start games. The slow starts have hurt the Lakers in winnable games, and in the extremely tough Western Conference, they need to beat some of these poor teams.

The loss to the Cavaliers better have been a wake up call to the team. With a change to the starting five, the Lakers will hopefully begin to get back on track soon.