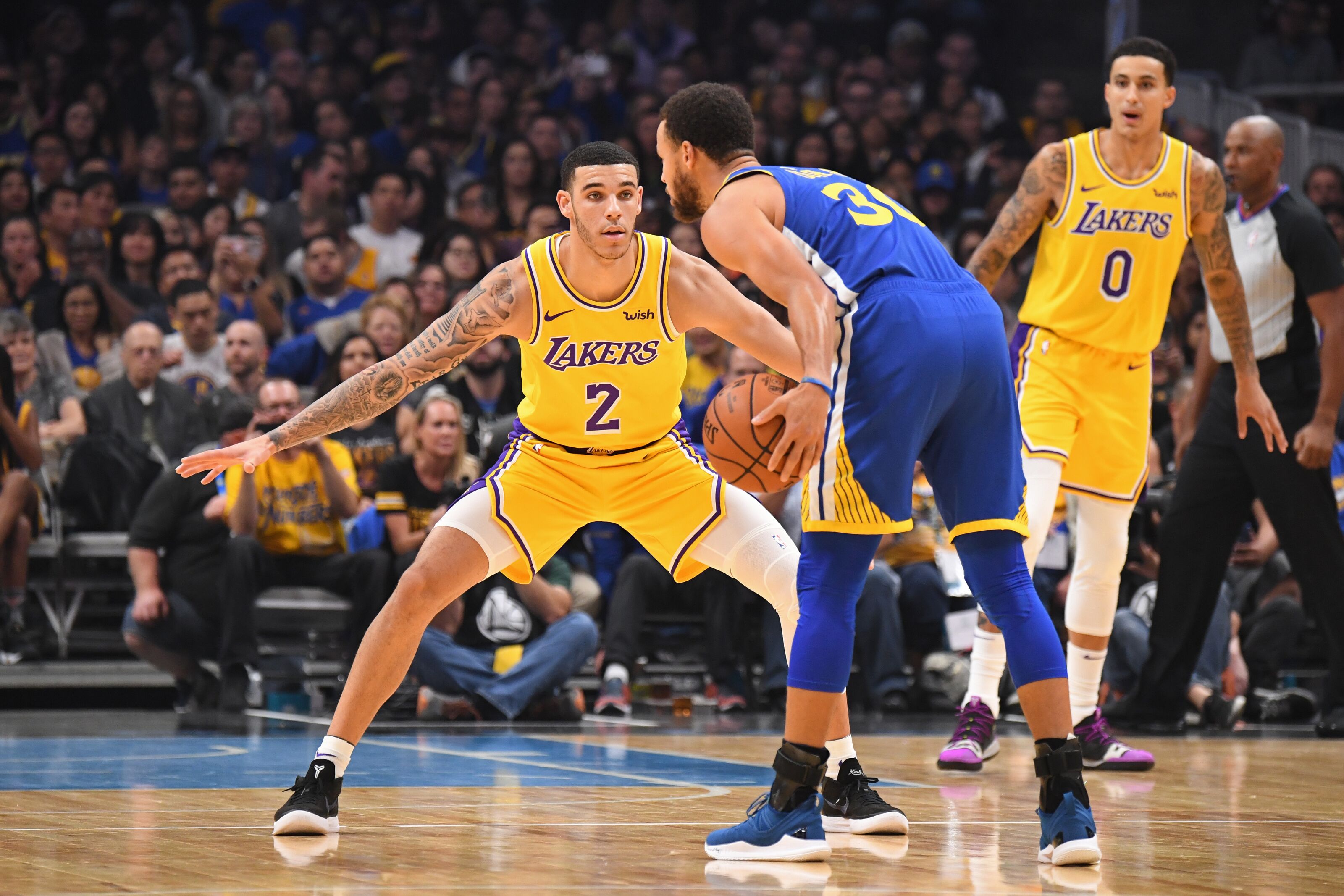 Los Angeles Lakers point guard Lonzo Ball is making a statement defensively this season and should be in consideration for an All-NBA Defensive Team spot.

Before being drafted by the Los Angeles Lakers with the No. 2 overall pick in 2017, everything Lonzo Ball was known for was his awkward shot and amazing passing ability. However, a lot of experts didn’t think his defense was going to translate to the NBA. Boy were they wrong.

His defense has been his number one trait so far and it has changed the Lakers’ culture single handily. Each game from his rookie season until now has shown a growth defensively, to point now, that it is almost expected that he will shut down his opposing match up.

Standing 6’6″ and possessing a 6’9″ wingspan, with elite side to side foot speed, has given Ball the free reign to pick up the best guards in the west 94 feet, which hasn’t been seen for a while.

Last season, Ball was so good people thought he would make the All-NBA Defensive Team but was snubbed for Dejounte Murray, who also had a very good year on that end. Ball has come back this season after having knee surgery and has not missed a beat on defense since regaining his footing.

Here are some numbers behind Ball’s impressive start to the season. Ball is currently holding opposing point guards to 33.5 percent shooting from the field. To put that into perspective, the league average shooting percentage is at 45.9 percent.

In today’s NBA, teams are scoring ridiculously high numbers and that tends to skew defensive rating numbers for players if you want to use them to judge a players impact on that side of the ball. So, it says something that in the month of November, Lonzo DRTG was 104.1 and has gotten even lower for the start of December which is at 101.9.

With seeing how the number keeps getting lower as the Lakers have climbed up to a top-5 defensive team since their poor 2-5 start, It would be completely disrespectful if Lonzo is not made a first or second team All-NBA defensive player.

Many will complain about his shooting or his non-aggressive style on offense. But, one thing that has stayed consistent is his defense.

Nowadays, high draft picks tend to let their offense affect their play on the defensive end. To see a young player who has been hyped to the ceiling have nights where he goes 1-for-9 and still play defense like it is Game 7 of the NBA finals is really special.

Laker fans have to realize that with what Ball is giving this team so far makes up for his shortcomings on offense because once that offense comes around the league is going to be in big trouble…..