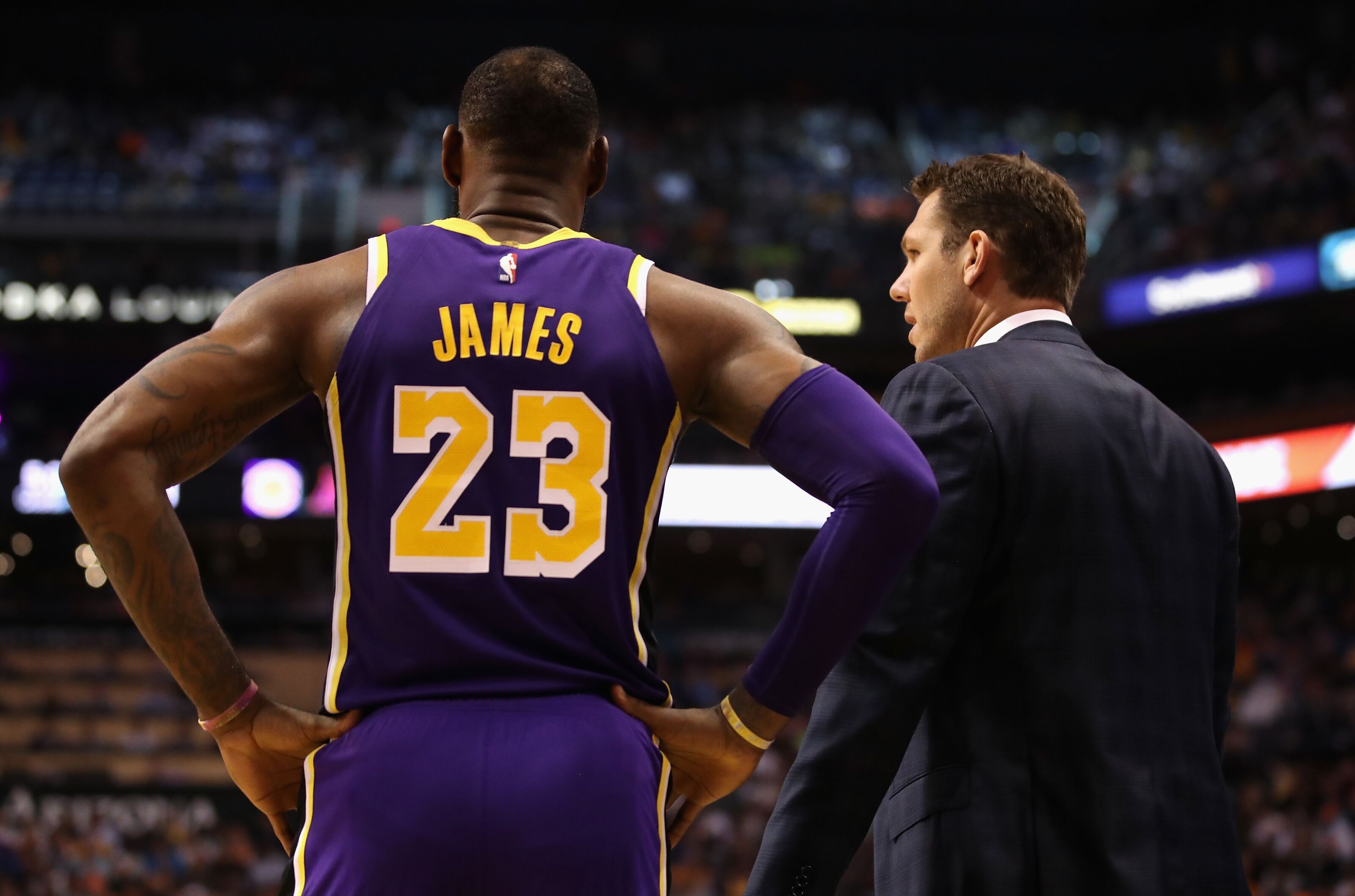 Despite the Los Angeles Lakers losing ways, Jeanie Buss is reportedly still on board with Luke Walton as coach.

Everything has not been peachy for the Los Angeles Lakers of late. Despite injuries to LeBron James and Rajon Rondo, many (myself included) did not expect the drop off the team has experienced since Christmas.

Surely enough, a nosedive of some sort was to be expected. Just not to this degree.

Granted the Lakers overcame the Chicago Bulls Tuesday night, it was the furthest thing from a pretty win. Their defense was so bad down the stretch to where a cozy lead with a few minutes left led to some nail-biting. Fans did not get their complementary tacos because of the horrendous defense.

It is the latest example of how challenging the road has been without two bona fide leaders. Certainly, the waves the Lakers have endured over the last few weeks would be calmer if those two were healthy.

While that is true, no team is going to feel bad for another when injuries arise. Every ball club is going to deal with their fair share of tribulations throughout the course of a season. The NBA season is 82 games and for everything to be completely smooth is unthinkable.

The Lakers’ current state is anything but smooth. As a result, it has some people wondering whether Luke Walton is on the hot seat.

As Ashish Mathur of ClutchPoints reminds us, this rumor was already surfacing earlier in the season when the Lakers had a poor start. President of Basketball Operations Magic Johnson reportedly held a fiery meeting with Walton due to the unacceptable play.

After that meeting happened, the Lakers’ level of play went up thereafter. The LeBron-led squad, in fact, were a four-seed in the West before the star got hurt.

Since he was sidelined, though, the luck has not been there. As of when this was written, the Lakers have gone just 4-7 without James’ presence. Dave McMenamin of ESPN recently shared that the three-time champion will miss at least two more contests.

This is not ideal given that L.A. is struggling mightily to hold onto the conference’s final playoff spot.

Which leads us back to Walton. Even considering the James factor, the Lakers just look lost these days. To go back to the Chicago game, they simply did not look interested in the last few minutes of that one. Yes, they won, but it was hard to feel reassured.

The lack of reassurance is why some are curious about Walton’s status. It is easy to ponder whether his days in the City of Angels are numbered.

Well, for those that are inquisitive, look no further than what Marc Stein of the New York Times wrote. According to him, owner Jeanie Buss would not allow Magic and GM Rob Pelinka to fire Walton.

It is also an open secret in Lakerland that Walton has the strongest possible backing from the owner Jeanie Buss. Even if the front office tandem of Magic Johnson and Rob Pelinka held Walton responsible for the Lakers’ swoon and wanted to make an in-season change, Buss almost certainly would prevent such rashness.

While not everyone will like this, Buss’ position on the matter is understandable. She has always had a family-oriented vibe about her, and let’s face it. That element is never going to change.

Certainly, “patience,” as Chris Cwik of Yahoo Sports coins it, is not a term Lakers fans like to hear. The last handful of years have been tough enough to accept as it is.

Yet it may be the best medicine at this juncture. Letting Walton go would lead to a transition phase and adjustments always take time to figure out. Learning a new coach’s style mid-season would not instantly heal the Lakers.

What is key to consider is a point Anthony Irwin of SB Nation wisely asserts. It is not like Walton assembled this team. That goes on Magic and Rob’s shoulders. They knew LeBron was going to be the main guy in town. With that in mind, they took on the risk that they were getting an aging superstar.

Now, it is also important to say this. Walton should not be without blame. It is a two-way street here.

The Lakers are over halfway through the season and are a pretty average group at best. Albeit Magic and Rob’s jobs were to put the team together, Walton’s was to make a winner.

It almost seems like an unfair criticism provided the mountain the Lakers are trying to climb. However, Walton cannot be complacent right now. The lineup swaps on Tuesday night were not a bad idea and hopefully, it will only motivate the guys to play harder.

To be honest, the Lakers’ bigger problems go beyond Walton. He is not the top issue in my mind.

Despite that, he will continue to be examined closely without and with James whenever he returns. The lights are extra bright in Los Angeles, and, even supposing Buss’ belief in Walton, it is difficult to argue the Lakers’ coach is sitting comfortably.