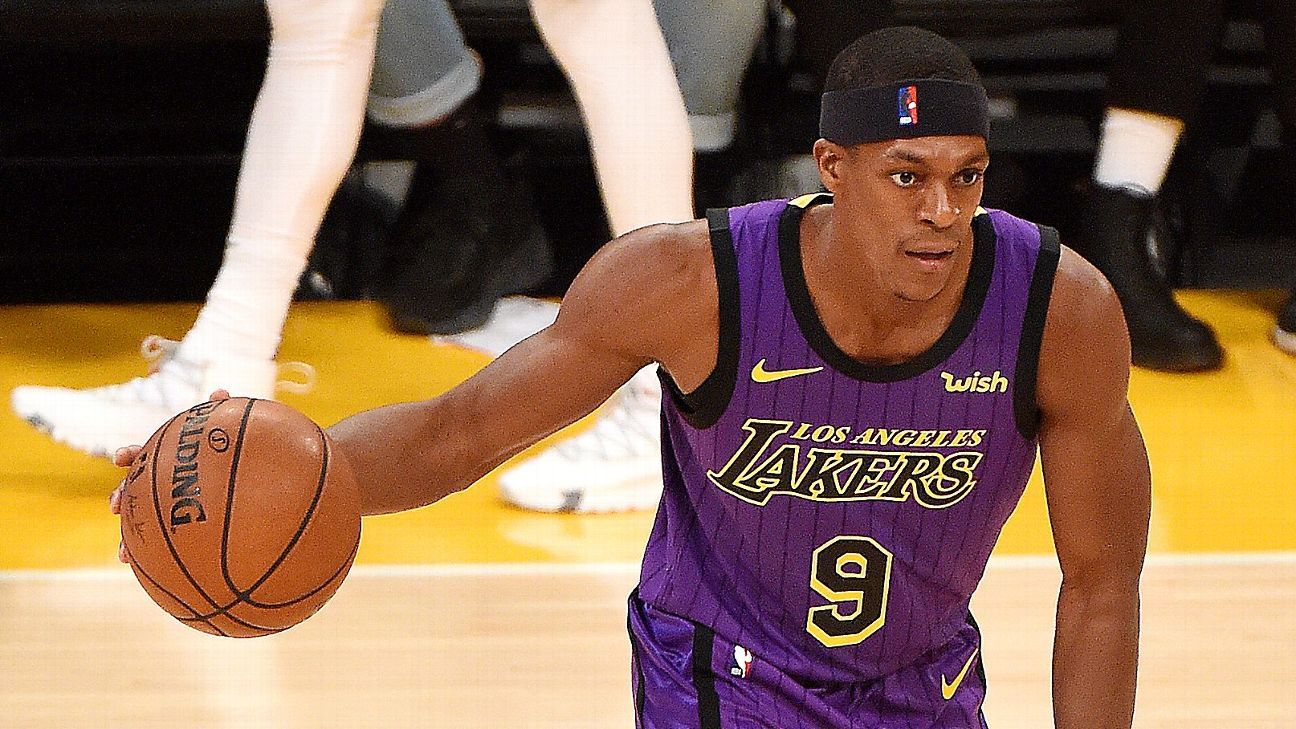 LOS ANGELES — The down-on-their-luck Lakers appear to finally have some help on the way with Rajon Rondo set to return to the lineup this week.

“I think Rondo will play Thursday as long as he continues to move with no setbacks until then, but that will be something that we’ll keep pushing him and we’ll re-evaluate each morning,” Lakers coach Luke Walton said following his team’s 130-111 loss to the Golden State Warriors on Monday.

Rondo has missed the Lakers last 14 games while recovering from surgery to repair a ligament on his right ring finger.

The 32-year-old point guard, signed in the offseason for a one-year, $9 million deal after being recruited to L.A. by LeBron James, has only played in 14 of the Lakers’ 48 games this season because of two injuries to his right hand and a three-game suspension for his role in the fight between the Lakers and Houston Rockets in L.A.’s home opener.

The Lakers host the Minnesota Timberwolves on Thursday, a team that is 2-1 against them this season. While Rondo is being penciled into the lineup, Lonzo Ball is out for the next 4-6 weeks with a grade 3 sprain of his left ankle and James’ (left groin strain) status is to be determined.

James, who has also missed the last 14 games since suffering the injury in the same game as Rondo suffered his latest hand injury on Christmas Day, participated in 5-on-0 offensive schemes and shooting drills over the weekend, according to Walton.

However, it sounds like his absence will extend to at least 15 straight games.

“I haven’t seen him do contact yet so I don’t feel as confident,” Walton said when asked if James would join Rondo on the court against the Wolves. “But I know you know how serious he is about his rehab. So he’s doing everything possible and we’ve talked. I know he’s dying to get back on the basketball court but he also knows that getting healthy is the top priority. So whenever that day comes, he’ll be back out there but I would say right now I feel more confident about Rondo being ready for Thursday.”

This is the longest stretch James has ever missed because of an injury in his 16-year career. The Lakers have gone 5-9 without him — far better than the 4-23 record the Cleveland Cavaliers mustered without him the last four seasons, but still not well enough to keep from dropping from the No. 4 spot in the Western Conference standings on Christmas to the No. 9 spot they currently occupy.

With no Rondo or Ball on Monday, Brandon Ingram started at point guard. He had three assists and two turnovers as L.A. fell down by as many as 36 points to the Warriors.

“It gives us a leader, a leader on the basketball floor,” Ingram said of Rondo. “Puts us in our spots on the offensive end. Pushes the pace, he can score the basketball. And it just makes our team better.”