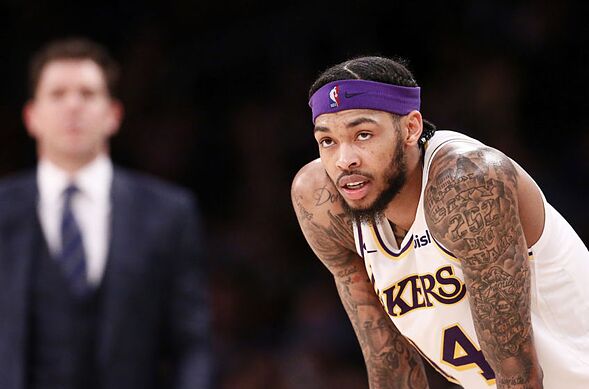 We take an in-depth look at the career of Brandon Ingram thus far with the Los Angeles Lakers.

Brandon Ingram is now in his third season with the Los Angeles Lakers and things have not gone exactly as planned. But, Brandon is at that stage in his career where he is playing with heightened expectations, so I think it’s time for a look back at Brandon Ingram’s career up to this point.

It’s safe to say that one of the primary reasons LeBron James chose to take his talents to Hollywood was because of the talented young core of players that the Lakers had acquired over the years.

Before the season started, there was so much talk about who the Lakers second superstar was going to be since the Lakers failed to secure an already established superstar through either trade or free agency.

The title of LeBron James sidekick was immediately placed on the shoulders of Brandon Ingram, who was a former No. 2 overall pick back in 2016. He was coming off of a great 2nd season, in which he saw vast improvements to his game over his rookie season.

That hasn’t necessarily been the case this year as Ingram has played fairly inconsistent all season, for the most part, and has been the primary focus in trade talks throughout most of the young season.

It certainly doesn’t help that his fellow teammate Kyle Kuzma has been absolutely killing it this season, averaging 18.6 PPG on 46 percent from the field.

But there their is speculation on whether or not Ingram will be a Laker for much longer, lets go ahead and take a look back at the career of Brandon Ingram up to this point.