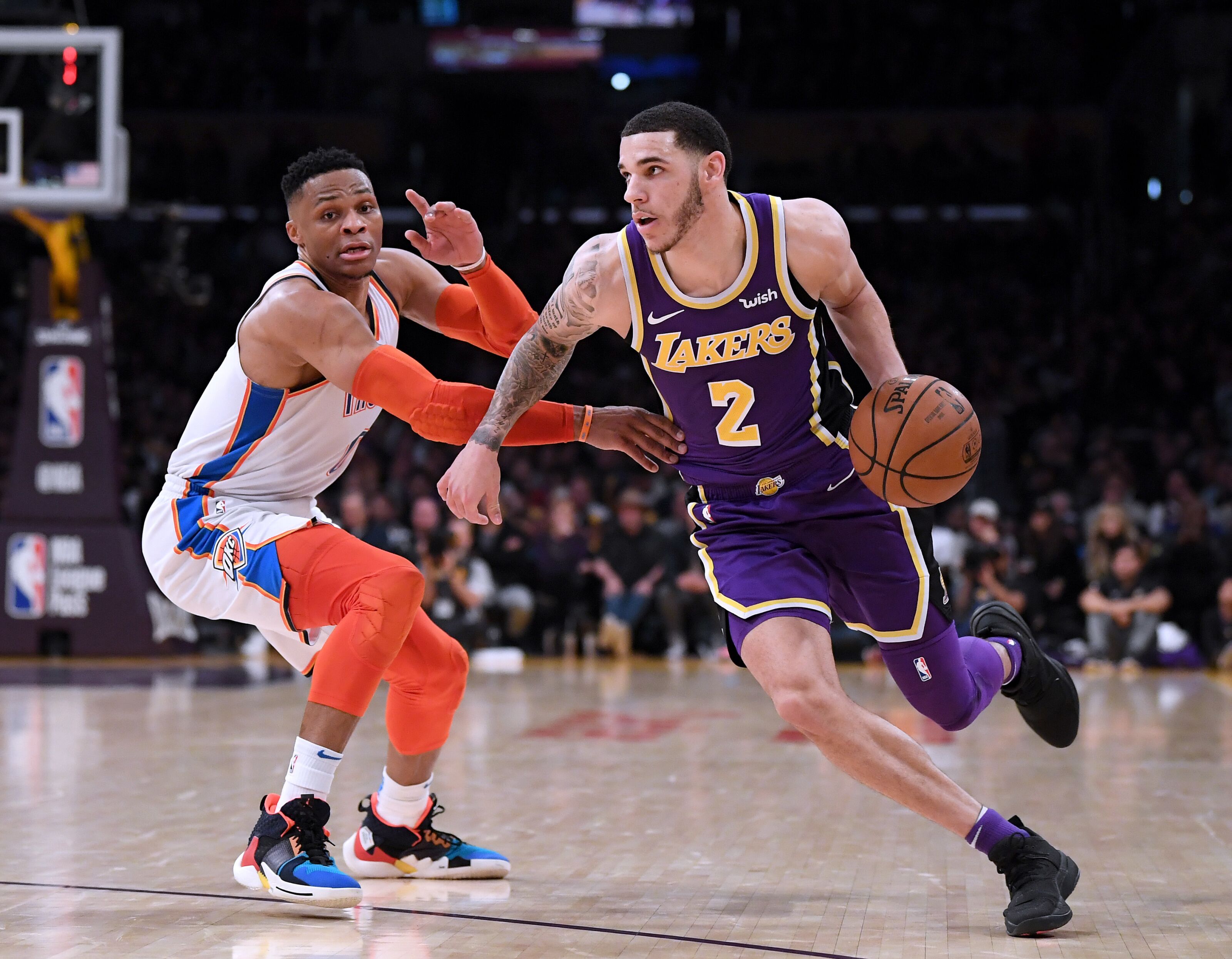 With the expectation that LeBron James will make his return soon, the Los Angeles Lakers will now have to survive without Lonzo Ball

The month of January has been tough for the Los Angeles Lakers, and that’s putting it lightly. It really began on Christmas Day, when the team officially lost LeBron James to a hamstring injury, which he still hasn’t returned from.

On December 26, the Lakers were 20-14 and sitting in the 4th seed of the Western Conference. At that time, they were only 2.5 games back of the top-seeded Golden State Warriors. Fast forward roughly a month later, the Lakers are 25-22 and currently out of the top 8 in the West.

Without LeBron in the lineup, the Lakers are just 5-8. To make matters even worse, they will now have to survive without Lonzo Ball, who suffered a pretty serious ankle sprain in Saturday night’s loss to the Houston Rockets. Ball is expected to miss 4-6 weeks.

The L.A. Lakers say Lonzo Ball suffered a grade 3 ankle sprain and will miss 4-6 weeks. The release came out less than 5 minutes after the L.A. Rams made it to the Super Bowl. Clever timing.

The Lakers are already relatively thin at the point guard position, as Rajon Rondo continues to work his way back from injury himself. Los Angeles will have to get creative to replace Ball (assuming Rondo isn’t back soon).

LeBron’s continued absence won’t make life any easier either, and the Lakers are right back in action on Martin Luther King Jr. Day, against the Golden State Warriors. Not ideal.

The hope is that LeBron will be back and all will be right again with the Lakers, although I’m not sure that’s a forgone conclusion. Especially with Ball out. Even though he hasn’t been superb during his second season with Lakers, he’s been real solid for the team.

Ball is averaging 10 points, five assists and five rebounds per game this season. However, he’s been much more efficient from the field this season, shooting at a 41 percent clip. Nevertheless, his presence will be felt when it comes to the Lakers’ backcourt.

Can they survive? Absolutely, but you have to really question whether they can make a big move up the standings during the second half of the season.