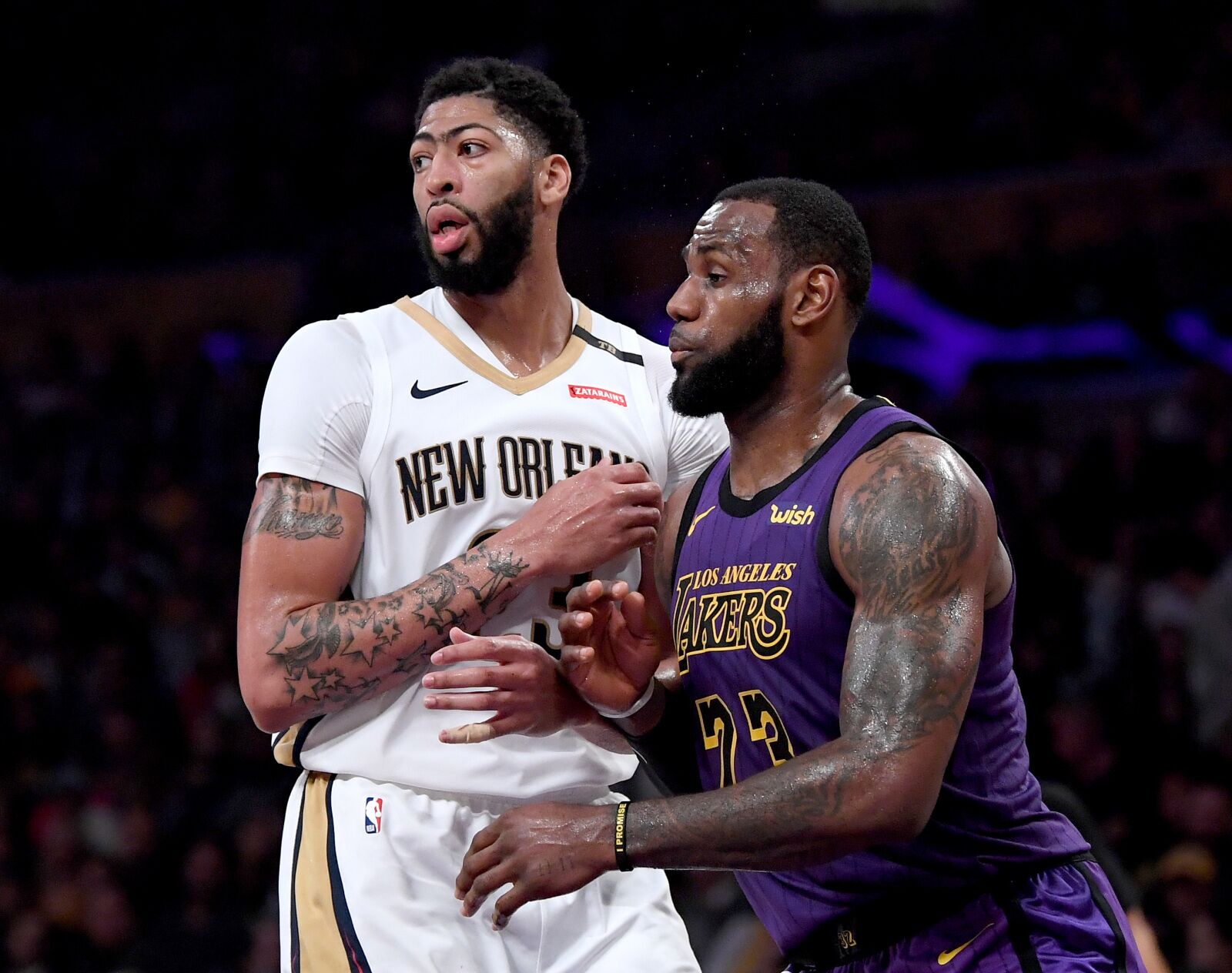 The Los Angeles Lakers have been mentioned as a potential landing spot for Anthony Davis. We take another dive into if this is a good route for the team to take.

Anthony Davis rumors and articles involving the Los Angeles Lakers are flying around the internet at warp speed and I want to join the party. I already wrote one article about Anthony Davis getting traded to the Lakers, but I don’t think I said enough, so here’s part 2.

I’m going to start off by being honest, I’m not a fan of Anthony Davis’s game. Does he strike fear into opponent’s hearts? As a Lakers fan, what player’s am I scared of?

If the Lakers are in the final 30 seconds of a Game 7, who is going to make my heart start to palpitate and sweat build up on my forehead? Anthony Davis? No way, maybe a tiny bead of sweat would rise up near my sideburn, but I wouldn’t be that worried.

Here’s my list of player’s in order, that would make me feel afraid because they could easily end the Lakers season.

Anthony Davis reminds me a lot of Chris Paul. When CP3 was in his prime he’d always stuff the stat sheet. He’d get you 18 points, 10 assists, five rebound, and two steals. He was an advanced stat god, who had many fanboys in the media (just like LeBron, right Kevin Durant?).

There were a lot of writers in the media that looked over his traditional and advanced stats and compared them to Kobe’s and then screamed out (on paper of course) Chris Paul was better than Kobe.

As a young Lakers fan at the time, I never understood these people. What was Chris Paul really going to do for his team? Could he singlehandedly drag a team into the playoffs? NO. Could he win two or three playoff games by himself? NO. If you gave him a good supporting cast were you guaranteed at least one finals appearance? NO. Kobe gave the Lakers all those things.

When Kobe was in his prime he would have been No. 1 on everybody’s list of players you don’t want to see facing your favorite team in the final 30 seconds of Game 7. CP3 wouldn’t have been on the list at all, just like Anthony Davis.

What’s my point? Anthony Davis has great traditional stats and great advanced stats, but he’s no Kobe nor is he Durant, Harden, and all the players on my list down to Embiid. Why should the Lakers trade their young core for a guy who doesn’t guarantee his current team a playoff appearance let alone a championship? It doesn’t make sense.

Over the last ten years only one team, the San Antonio Spurs, has won a championship with a dominant center.

In the modern NBA, teams don’t need all-NBA centers. Championship level teams need good defensive centers who can man the paint and also guard out on the perimeter when necessary.

My dream Lakers lineup for next season looks like this:

C: Nerlens Noel (He currently has the best Defensive Rating on the Thunder, but he’s only averaging 13 minutes per game because he’s stuck behind Steven Adams. He’s a younger version of JaVale McGee.)

PG: Patrick Beverley (I hate him when he plays against the Lakers, but I’d love to see him on the Purple and Gold.)

My dream lineup fits the mold of recent NBA champions. It has great 2-way players up and down the lineup along with two very good defensive centers who don’t need the ball in their hands to make an impact on the game.

The Lakers have drafted really well over the last few years and now they have LeBron “The Best Player in the World” James. All Magic Johnson and Rob Pelinka have to do is remain patient.

They need to let the young core continue to grow throughout the season and get a taste of playoff basketball. Then over the summer, the Lakers can get another great player. There’s no reason to go crazy and make a trade for a player (Anthony Davis) who has great stats, but isn’t going to bring a championship to LA.