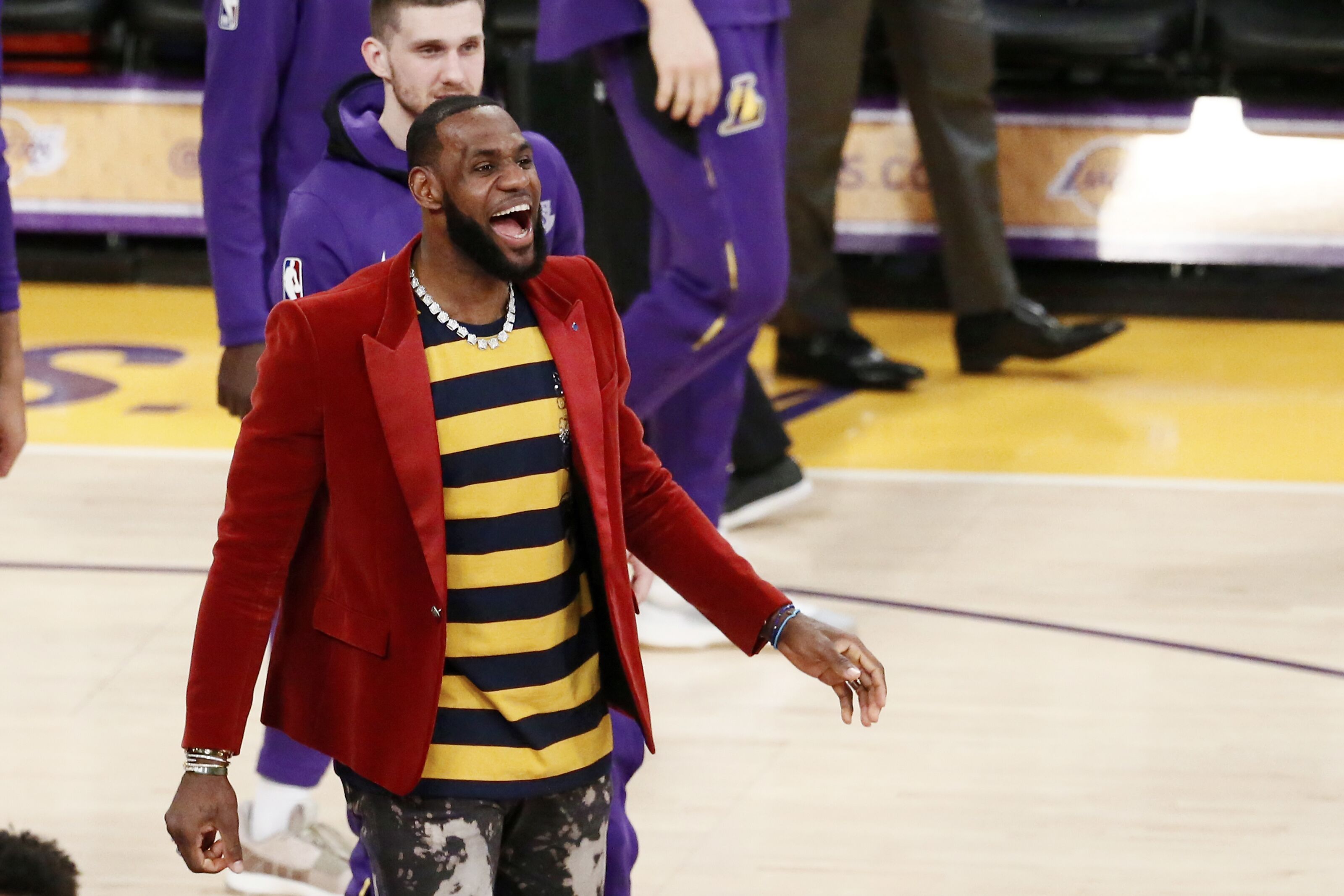 Los Angeles Lakers forward LeBron James is certainly one of the most accomplished players in NBA history, so much so that for the last few years it has been debated whether he’s the greatest ever. Recently, LeBron called himself exactly that.

Like the rest of the sports world, I recently found out that on a recent episode of your ESPN+ show More Than An Athlete, you said that your championship victory in 2016 over the 73-9 Golden State Warriors made you the Greatest of All Time.

As long as your amazing work-of-art body holds up, you figure to have at least a few more years to add to all that.

I won’t use this space to debate whether you are indeed the greatest basketball player of all time, or even where you rank on the list if you’re not the greatest ever. That’s totally irrelevant, and it’s a pretty subjective argument anyway, what with everyone having somewhat different criteria for deciding who they think is the GOAT.

Instead, I will address whether it is right for one to call himself or herself the greatest at anything, whether it is true or not.

King James, Your Highness, I admit that for years I rooted against you. It’s not that I had anything personally against you – I applaud you for speaking out on your brand of progressive politics and opening your own school in your native Akron, OH – but I’ve always felt that the media was in your back pocket, proclaiming you as the next greatest thing since sliced bread, even years before you could legally drink a beer.

I personally can’t stand unwarranted hype. I feel like our society has a huge problem with hype, idolatry and media bias, and it turns some of us off to people like you who are supremely talented, gifted and skilled at your craft.

As the years went by, however, you won me over as you started to meet that hype. That championship in 2016 was a big reason why. I remember you being down 3-1 in that series, losing all three of those games in blowout fashion, and still remaining calm and serene in the public eye.

Then in Game 7 in Oakland, although you shot a poor 9-of-24 from the field, you had a triple-double and perhaps the biggest defensive play in NBA history when you rejected Andre Igoudala’s fast-break layup attempt with 1:50 left in the game.

Overcoming a 3-1 deficit in the NBA Finals is something that had never been done before, and yet your team did just that.

Hell, simply winning Game 7 of a world championship series on the road is exceedingly rare, and that alone is an otherworldly addition to your already stellar legacy.

You’ve done this before. After Game 5 of the 2015 NBA Finals, with your team down 3-2 and unable to give you much support due to the injuries that Kyrie Irving and Kevin Love had, and a journalist asked you the following question:

You seem to be playing a lot more comfortable this finals series. There was a play I think you had a behind-the-back layup where you went up, and you are making crazy threes. Do you feel a lot less pressure this finals run just because you are undermanned and you had some injuries as opposed to previous years?

Your response was this:

No, I feel confident because I’m the best player in the world.

LeBron, my new favorite NBA superstar and savior of my sacred Los Angeles Lakers, there’s no need for this. You may be the most image-conscious NBA player ever, and we know you’re just as much a businessman as you are an athlete. Thus, you’re always looking to build your brand and market yourself, and I’m sure you’d agree that there should be some sort of decorum in doing so, right?

To illustrate how it’s coming off, Celtics executive Danny Ainge said that in calling yourself the GOAT you’re “taking the Donald Trump approach” and “trying to sell [yourself]”.

I know you hate our current Commander in Chief and what you and your fellow progressives consider to be his bombastic, I-don’t-care-what-you-think-because-I’m-awesome rhetoric. If you don’t like that, why stoop to that level?

It’s OK if you think you’re the GOAT on the inside. I’m sure Michael Jordan, Kobe Bryant, Magic Johnson, Larry Bird, Kareem Abdul-Jabbar, Wilt Chamberlain and perhaps a few others feel the same way, but they never uttered those exact words publicly like you did.

Save actually saying that you’re the GOAT for when you repeat affirmations to yourself while looking at yourself in the mirror every morning, if that’s something you personally do, like many other successful and would-be successful people.

There’s no need to turn off a new legion of your fans who happen to bleed purple and gold, especially those of us who grew up with Kobe Bryant and still hold him in our hearts as the gold standard of NBA greats, at least for the Lakers, at least in our lifetime.

Like I said before, as long as your body holds up and the front office gets you a second superstar, you’ll have your opportunity to ingratiate yourself in a similar way to us by the time it’s all said and done.

LeBron, our soon-to-be Lakers great who will have his jersey retired and possibly have a statue built by the team, just chill. Let others talk about how great you are because that’s all they’ve been doing for a long time now.

The media constantly and single-handedly keeps you in the GOAT discussion, and more and more of them think you are indeed the GOAT as time passes by and you add more accomplishments to your resume.

Once you fully recover from your groin injury (which honestly I’m a little concerned about right now), just keep doing your thing on the court for the Lakers. Off the court, keep singing the beautiful song of equal justice, inclusion, giving poor people and non-whites the opportunities they need to fully reach the potential the universe gifted them with and so on. Because you’ve been a shining beacon of all that, and it’s something our democracy needs now more than ever to inspire the rest of us.

Oh, and while you’re at it, can you please convince Anthony Davis to demand a trade and say that if the Pelicans won’t trade him by the trading deadline this February, he’ll just sign with the Lakers in the summer of 2020? Because it would kinda help you and our team win the NBA World Championship, or maybe two of them, or even three, or four…

There’s no need to talk about how great you are. Because that’s what the rest of us, especially those of us who are Lakers fans have been doing and will continue to do. Nothing but love for you.