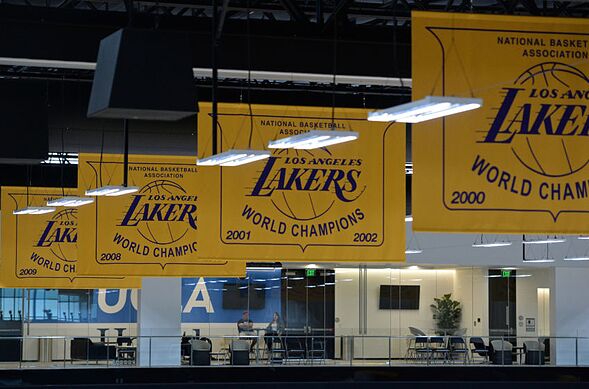 This is the final installment in a multi-part series. Previously the best Los Angeles Lakers were ranked at each position. This time around, the best players are ranked regardless of position.

This is the criteria for inclusion on the list for greatest Los Angeles Lakers of all-time and additional comments:

• Played a minimum of 3 seasons/195 games (65 per season) with the Lakers. That means that no current Laker is eligible, nor are players such as Cedric Ceballos, Adrian Dantley, Glen Rice or Elmore Smith.

• Only a player’s achievement with the Lakers counts. It doesn’t matter what he did before or after he played for them.

• The rankings seek a balance between longevity with the team, peak performance and contributions towards team success.

• More recent Laker players are not favored over those from the more distant past, including Minneapolis Laker players.

The rankings include a mixture of players throughout various Laker eras over the past 70+ years including the Minneapolis era, the early LA years, the mid-1970s, the Showtime era, the 1990s, the teams from 2000-10, and those of more recent vintage.

All statistics shown are strictly for Lakers regular season unless otherwise noted.

On with the countdown:

Although some readers may be surprised to see Clarkson’s name here, he achieved far more than what would be expected from the 46th pick in the draft.

JC ranks 25th all-time in average points per game for all Lakers (minimum three seasons), 11th among guards (despite averaging only 28 minutes a game) and 35th among all Lakers in total points.

The second-rounder emerged during his rookie season in 2014-15 as an excellent combo guard. He started most games the second half of that first season and for all 79 games his second year. Jordan then accepted a reserve role his next two seasons and garnered attention as one of the league’s leading sixth-man.

In his nearly 4 years with the Lakers, Clarkson compiled remarkably consistent statistics in almost all categories. His overall scoring average only ranged from 11.9 to 15.5 a year. His assists, rebounds (3.3), shooting percentage (44%) and 3-point accuracy (33%) also strayed very little from year-to-year. He was a solid, steady backcourt contributor.