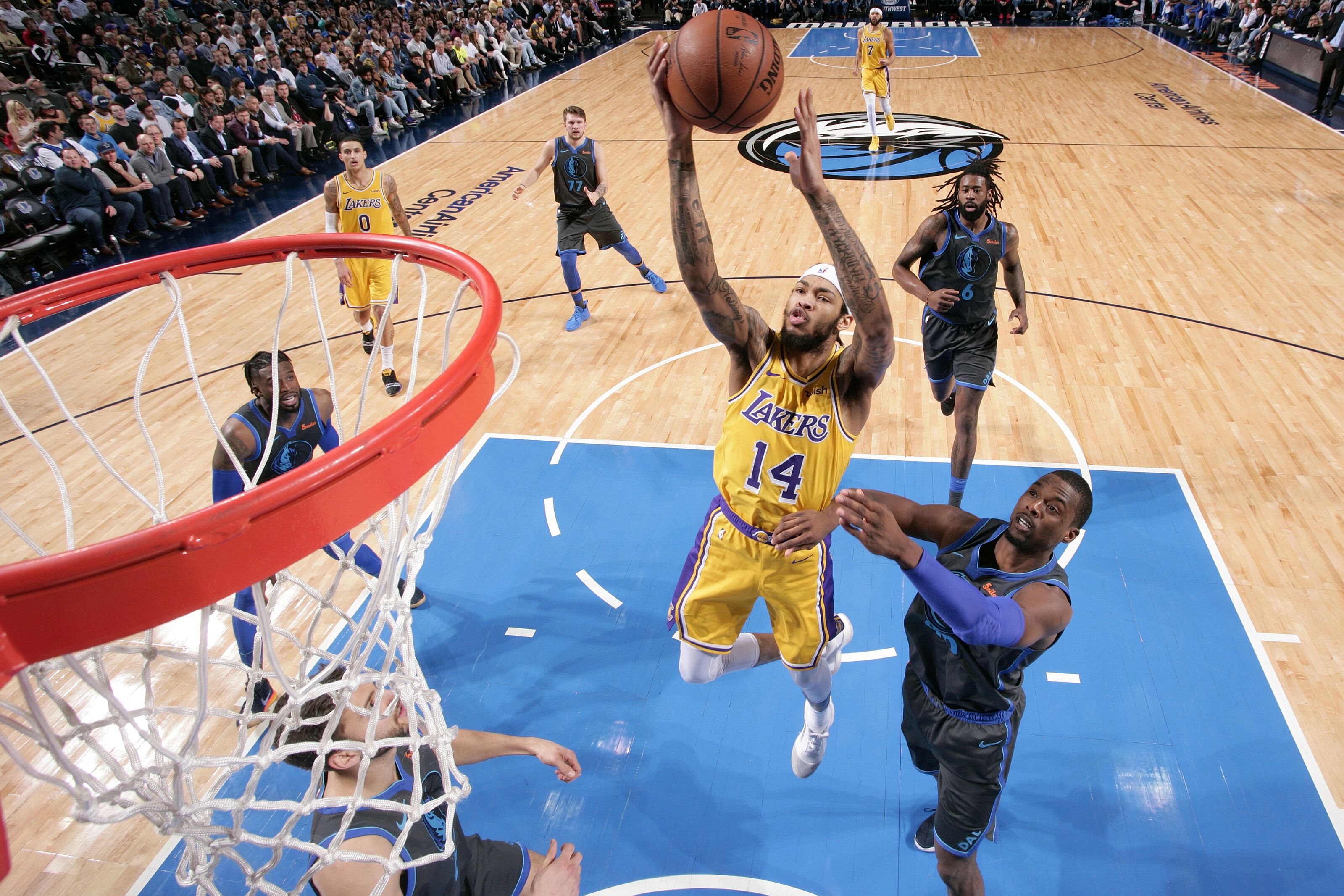 Here are four lessons from a much-needed win for the Los Angeles Lakers against the Dallas Mavericks.

The Los Angeles Lakers season is basically writing itself at this point in the season. It was basically assumed that the season would be all about LeBron James and how he would lead this team. Now that he has been out since Christmas with a groin injury, it seems that the layers to the drama that leads this team keep right on coming.

Right now the Lakers fans are now left to wonder which Lakers team will show up and more importantly, which of the young core of Kyle Kuzma, Brandon Ingram and Lonzo Ball will show up and play well.

After getting blown out by 22 to the Minnesota Timberwolves on Sunday, which turned out to be their Head Coach/President of Operations Tom Thibodeau’s last game before being fired. In a shock to the NBA world of the Thibodeau firing, the real shock was the Lakers let Walton keep his job after the team fell behind 22-3 in the first quarter.

After the loss, Luke Walton called out Brandon Ingram and Lonzo Ball…

Here’s what he had to say via Silver Screen and Roll.

“They’re trying, but they’re young. At some point, we need more passion, we need more fight. That’s not scoring more. That’s more diving for loose balls, communicating loudly. Brandon had some really nice crack-back rebounds tonight that we could get out and run. We need that all the time from him. It’s not just them, but until we get healthy again, you gotta play in this league with some passion and fire to win. It’s hard to win in this league when you’re healthy, so you gotta give double that effort when guys are down.”

Okay…cool. That’s a coach. But when a veteran like Tyson Chandler breaks it down, it’s takes on another meaning…

“Competing. Competing in every spot, competing for every possession. We can’t afford to take possessions off at this point. We’ve got to make it a dire situation. We’ve got to play that way.”

After a first half that looked like a repeat from the Timberwolves game, the Lakers locked down on defense in the third quarter and mowed down the Dallas Mavericks 107-97. The win snapped a three-game losing streak for the Lakers and more importantly they sweep the Mavericks and own the tiebreaker.

With the Lakers still shorthanded without LeBron James and Rajon Rondo, they did have a welcome addition in this game with Kyle Kuzma returning to the lineup. He did not shoot well, only hitting 4-20 for 13 points in the game, but remember Russell Westbrook only shot 3-20 when the Thunder beat the Lakers so all is well. He looked very stiff at times during the game, hopefully the Lakers did not bring him back to soon. This will be something to watch in the Detroit game on Wednesday night.

But this game was all about a conversation between Lonzo Ball and Brandon Ingram challenging themselves and holding each other accountable.

For one game, mission accomplished…

Let’s get to a younger version of Lake Show Life lessons.