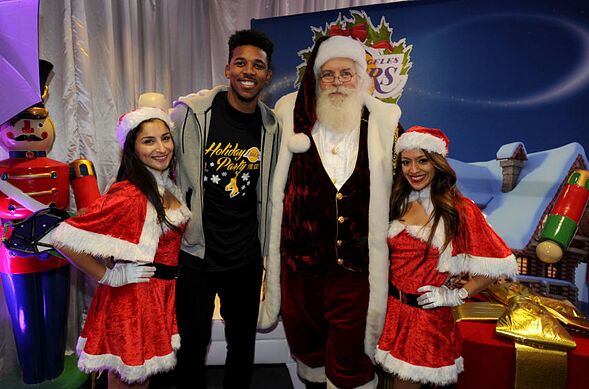 The Los Angeles Lakers are a staple on Christmas Day. We take a trip down memory lane and pick out the 10 greatest Christmas Day moments and performances by the Lakers.

The NBA on Christmas Day has become a tradition, and the Los Angeles Lakers have taken part almost as much as any other team in the NBA.

The Lakers are tied with the Detroit Pistons for the most Christmas Day losses at 22. The Knicks, once again, lead the way with their 30.

The NBA has played on Christmas Day every year except the year of the league’s inception and 1998 when the season was delayed due to the lockout. They normally showcase their biggest and most popular teams and players, which is a reason that the Lakers are so frequently featured during the day’s slate of games.

With so many to choose from, and statistics and video difficult to find of the early ones, we take a crack at pinpointing the best moments. These are the 10 best moments and performances for the Lakers while playing on Christmas Day.