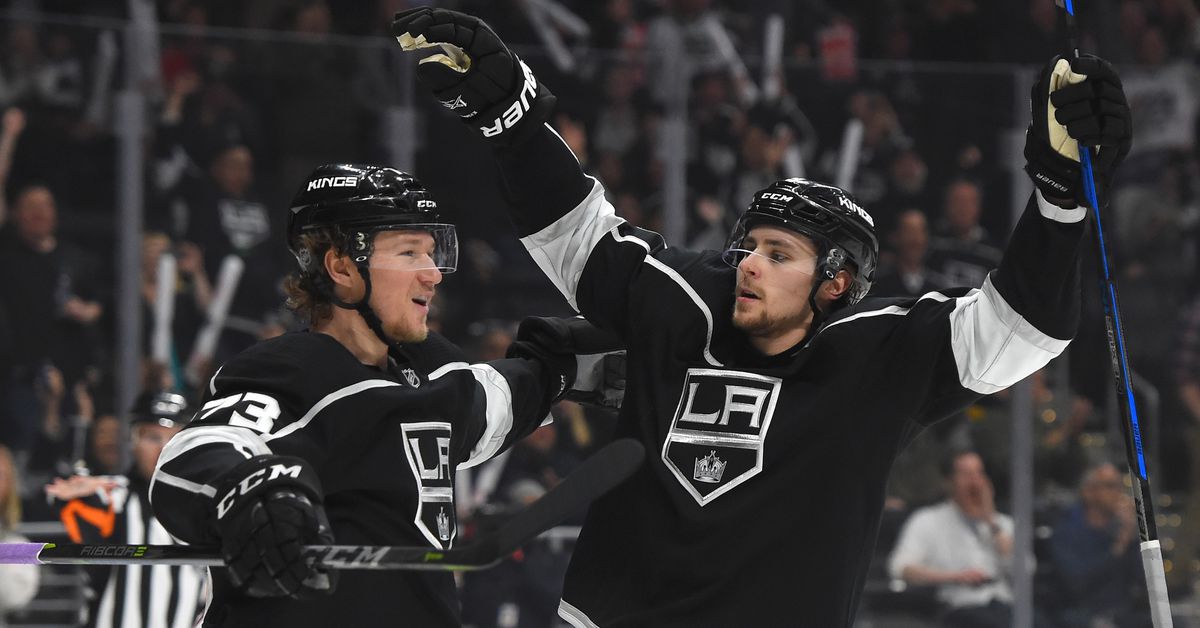 This season, players from the Los Angeles Kings have chosen their own goal songs. It’s a dream come true for those of us who, I don’t know, had past careers as music bloggers and are far too eager to read way too much into song choices.

We know the Kings aren’t exactly a high-scoring team, so there won’t be many opportunities to hear too many of these songs all together in the same game. We put in the hard work this afternoon to listen to all of their choices and give you the top five goal songs as selected by your Los Angeles Kings.

This song is absolutely something that feels like it appears on every team’s warmup playlist, and doesn’t exactly tell us much about Alex Iafallo’s personal tastes, other than hockey dude who likes techno, but I’m including it on here solely for the music video.

Listen, Oscar Fantenberg leaned really hard into being Swedish and I can’t argue with that at all.

I personally am prepared to start some sort of petition or movement to ensure Trevor Lewis scores as frequently as humanly possible just so he can get to rock out to his extremely classic, extremely appropriate choice.

I had my own personal thoughts on what Alec Martinez’s goal song should be, but I will accept his choice on the sole condition that next Halloween, he needs to wear the outfit that Gerardo wears in the music video. No substations accepted.

First, anyone who picks a Kendrick song is alright by me.

Second, the song opens with the line: “I got loyalty, got royalty inside my DNA.” Is Jeff Carter saying I love you, please don’t trade me with his goal song pick? Yeah, I’d say so.

Third, the song also includes the lines “I got dark, I got evil, that rot inside my DNA / I got off, I got troublesome, heart inside my DNA”, so he may also be confessing to being a demon. Outlook uncertain, but I’m kind of really into it.

1: Tyler Toffoli, My Goodies by Ciara

While there were several other songs that I think Tyler Toffoli could have picked — “Cake by the Ocean”, “Birthday Cake” — that would have personally satisfied me, picking this Ciara song really just cements the idea that he is someone who Kings fandom as a collective created in a fever dream.

I absolutely am imagining Toffoli singing along with “I bet you want the goodies” and it is the best thing in the entire universe.

If you want to sit down and watch/listen to all 23 picks, we’ve gone and created a playlist on Youtube for you. Just hit play, sit back, and judge the boys’ choices.

Have a favorite pick from a Kings player? Have your own ideas of what songs they should have picked? Let us know!