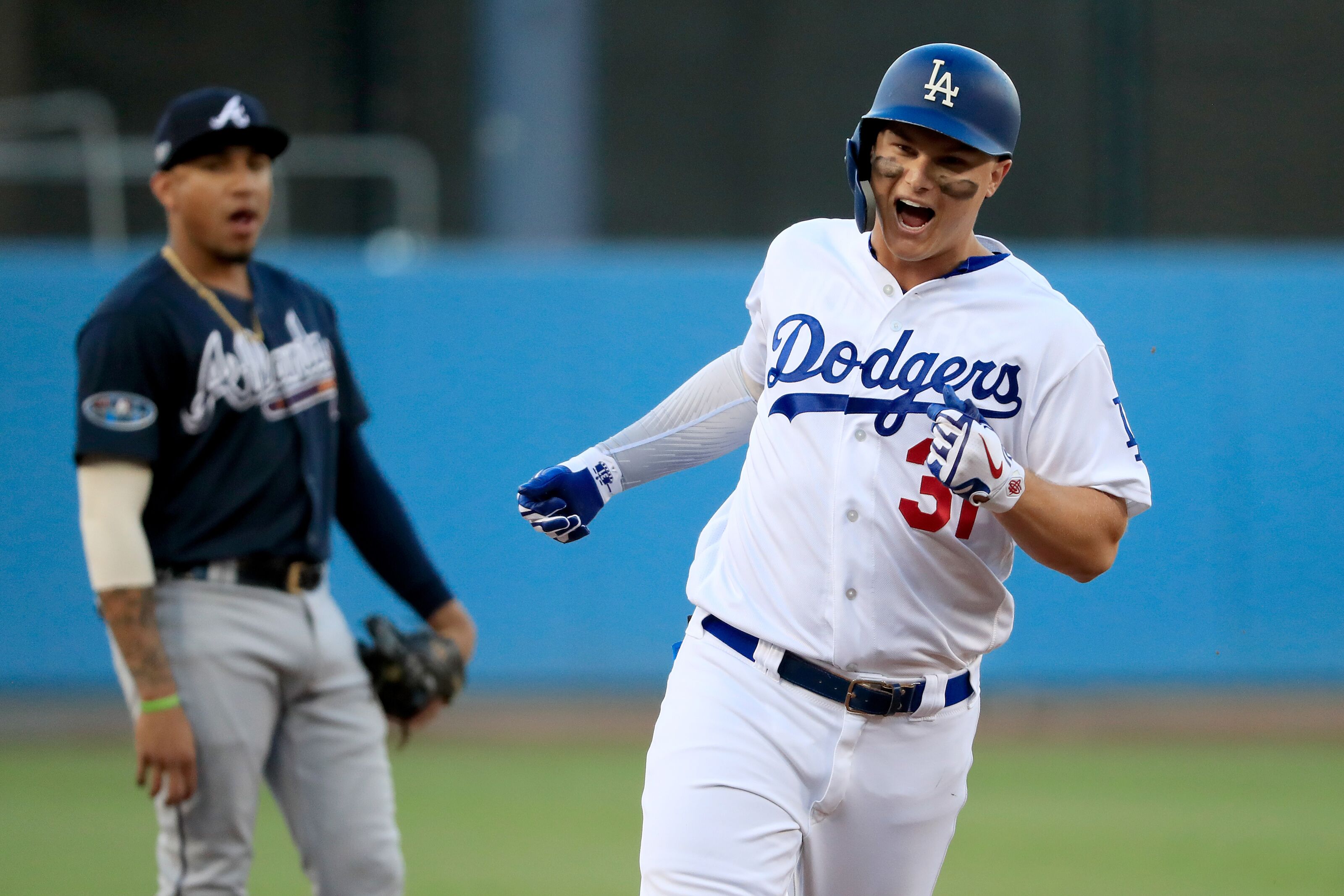 The Los Angeles Dodgers are reportedly shopping outfielder Joc Pederson with the Atlanta Braves being one of the potential teams in on Pederson.

The Los Angeles Dodgers already traded away two massive fan favorites in Matt Kemp and Yasiel Puig and might not be stopping.

Ken Rosenthal of the Athletic (subscription required) wrote that the Los Angeles Dodgers are reportedly shopping Joc Pederson and provided some insight into the rationale. Among the potential candidates were the Atlanta Braves, who the Dodgers did business with last offseason.

Alan Carpenter of Tomahawk Take, our FanSided sister site, did a great job of breaking down the Braves’ potential interest in Pederson here.

For the Los Angeles Dodgers, there are two parts to the trading Pederson logic. First of all, it can potentially open the door for a spot in the outfield for A.J. Pollock, who the team is reportedly interested in.

Second of all, the Dodgers could cash out on Pederson’s good campaign last season and get a decent return out of him. That return should be a right-handed bat that can hit left-handed pitching, something the Dodgers should look to add this offseason.

With that in mind, what is the ideal trade package for Joc Pederson and the Atlanta Braves? Well, it includes an old friend.

Not the most appealing trade on the surface but definitely one that would fit into the Dodgers’ past moves. In exchange for Pederson, who might have a reduced role in 2019 and fits the surplus of left-handed hitting, the Dodgers would be reacquiring right-handed infielder Charlie Culberson and top-100 prospect in Drew Waters.

Braves fans might disagree with sending Waters, who is ranked 91st on MLB Pipeline‘s Top 100 and eighth in the Braves organization. However, Waters is not going to be in the league for another two years and has another highly touted prospect in Cristian Pache that is ahead of him.

The Los Angeles Dodgers would be cashing out on the Braves’ need for a third outfielder, which arguably could be worth it if the team does indeed add Pollock.

Culberson can serve as yet another right-handed utility infielder for the Dodgers, adding to the list that includes Enrique Hernandez, Chris Taylor and David Freese.

Waters can be someone that the Dodgers stash and look forward to or use in a trade either this offseason or in the future. Either way, the Dodgers would be adding a third solid prospect to the ranks.

This is not the prettiest return but makes sense if Pollock is the team’s desired target. Pollock can play left field with Cody Bellinger in center and Alex Verdugo in right, giving the Dodgers one of the best defensive outfields in baseball.

That would open the door for Max Muncy at first base and Enrique Hernandez at second base. The Los Angeles Dodgers still have Chris Taylor to serve as the fourth outfielder, as well as Hernandez, with Culberson providing more relief in the infield if Hernandez or Taylor are in the outfield.

A four-man bench of Culberson, Freese, Taylor/Hernandez and Martin is not a bad bench at all. If the team wants to run a five-man bench they can call up Andrew Toles or a thriving minor leaguer, such as Paulo Orlando, if he succeeds.