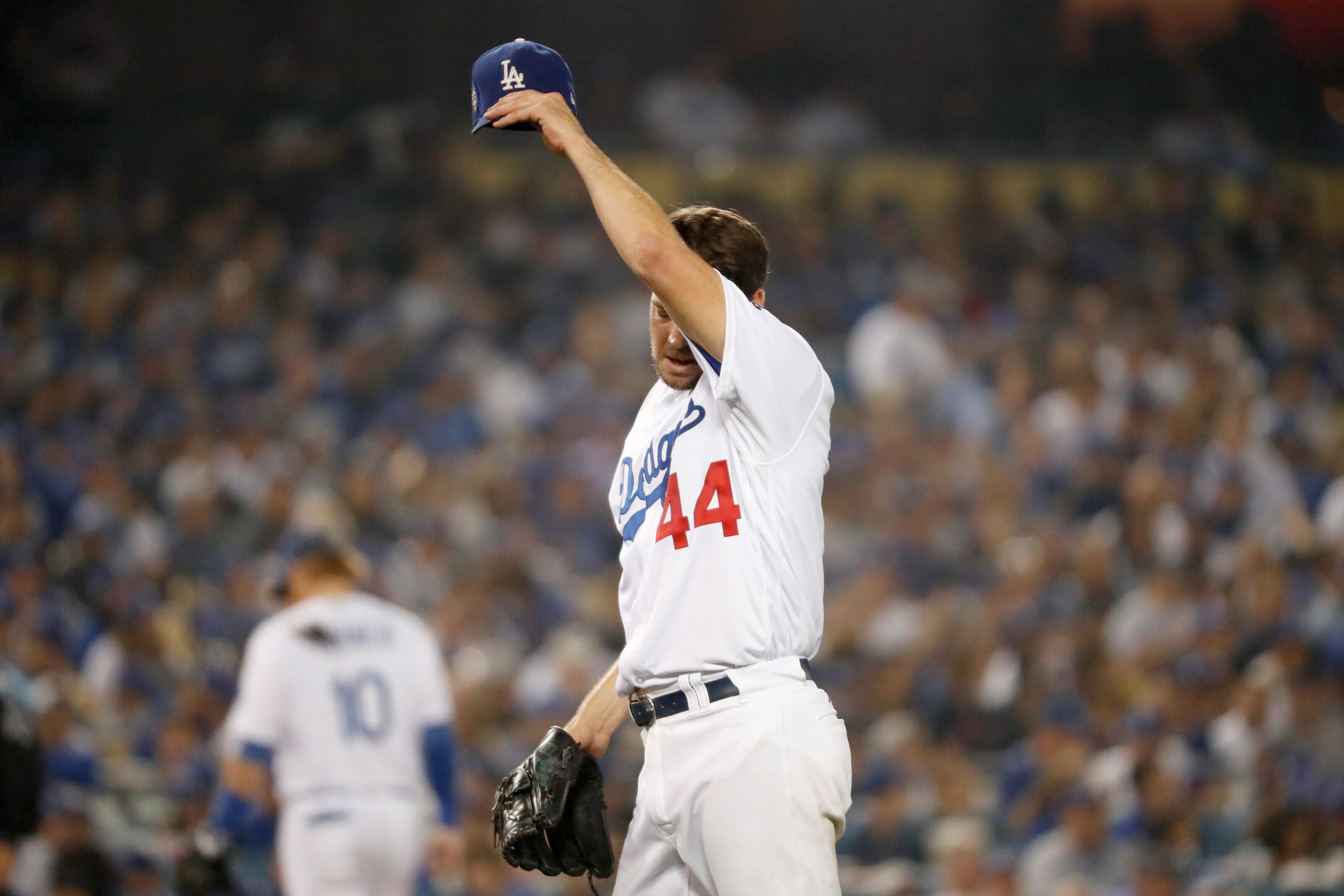 The Los Angeles Dodgers already saddened Dodger fans with the blockbuster trade to the Cincinnati Reds. Don’t be shocked if another fan-favorite gets dealt.

Yasiel Puig‘s last notable moment on the Los Angeles Dodgers was a towering home run in Game 4 on the World Series that should have flipped the entire series on its head.

Rich Hill‘s last moment on the Los Angeles Dodgers could be pitching in that very same game, in which he was throwing a no-hitter, and getting pulled for Scott Alexander, another southpaw, to walk one batter and get removed from the game.

There is still a long way to go between now and Opening Day and the Los Angeles Dodgers front office is not even close to being done. Of the moves that are on the table, trading Rich Hill is something that shouldn’t be ruled out.

Hill has developed as a fan-favorite on the Dodgers because of his unbelievable journeyman story and his quirky deliveries and awe-inspiring curveballs. Nothing is prettier than seeing Rich Hill drop a curveball in the zone, kick his leg in the air and scream with all of his might.

As majestic as that sight is, there is a chance that there will not be another sight quite like that in Dodger blue.

The Los Angeles Dodgers are in the pursuit of restructuring the salary cap in order to make some sort of splash on the team. That became evident once the team traded Puig, Matt Kemp, Alex Wood and Kyle Farmer to the Cincinnati Reds to waive Homer Bailey and get two prospects.

The Dodgers are setting up something big. The elephant in the room is Bryce Harper. The other notable name is Corey Kluber.

Either way, freeing up Hill definitely helps the front office’s quest of freeing up money.

Hill is in the last year of a three-year, $48 million deal he signed with the Dodgers prior to 2016. The contract is back-loaded, which means that the Dodgers are paying Hill $18.67 million this season, making him the fifth-largest salary on the team.

And while Hill definitely does have an impact and does make the Dodgers better, the Dodgers would benefit from letting him go.

First and foremost, injuries are always a concern with Hill. While he was able to cure the blister problems towards the back end of the season, he still threw just 132.2 innings last year and has thrown 140 innings or more just once in his career back in 2007.

That is not worth $18.67 million, especially for a team that is already loaded in starting pitching. For the Dodgers, it makes much more sense to go out and get someone like Corey Kluber for the same price rather than banking on Hill.

The Dodgers will not free up all of the salary hit but can free up a good amount if the front office can find a team that needs pitching. The New York Yankees are the best fit for Hill but the Los Angeles Angels, Philadelphia Phillies and even the San Diego Padres could benefit from someone like Hill.

The Dodgers could get nothing more than a smaller, expiring contract that the team can waive and a somewhat decent prospect, like the team got from the Reds. Then, the Dodgers would essentially be adding three prospects in the farm to trade away for Corey Kluber.

And while the Dodgers would likely still go over the luxury tax, freeing up the last year of the deal makes it a lot easier to land not just Kluber but Harper as well. For that reason, I am all in on trading Rich Hill, if the price is right.