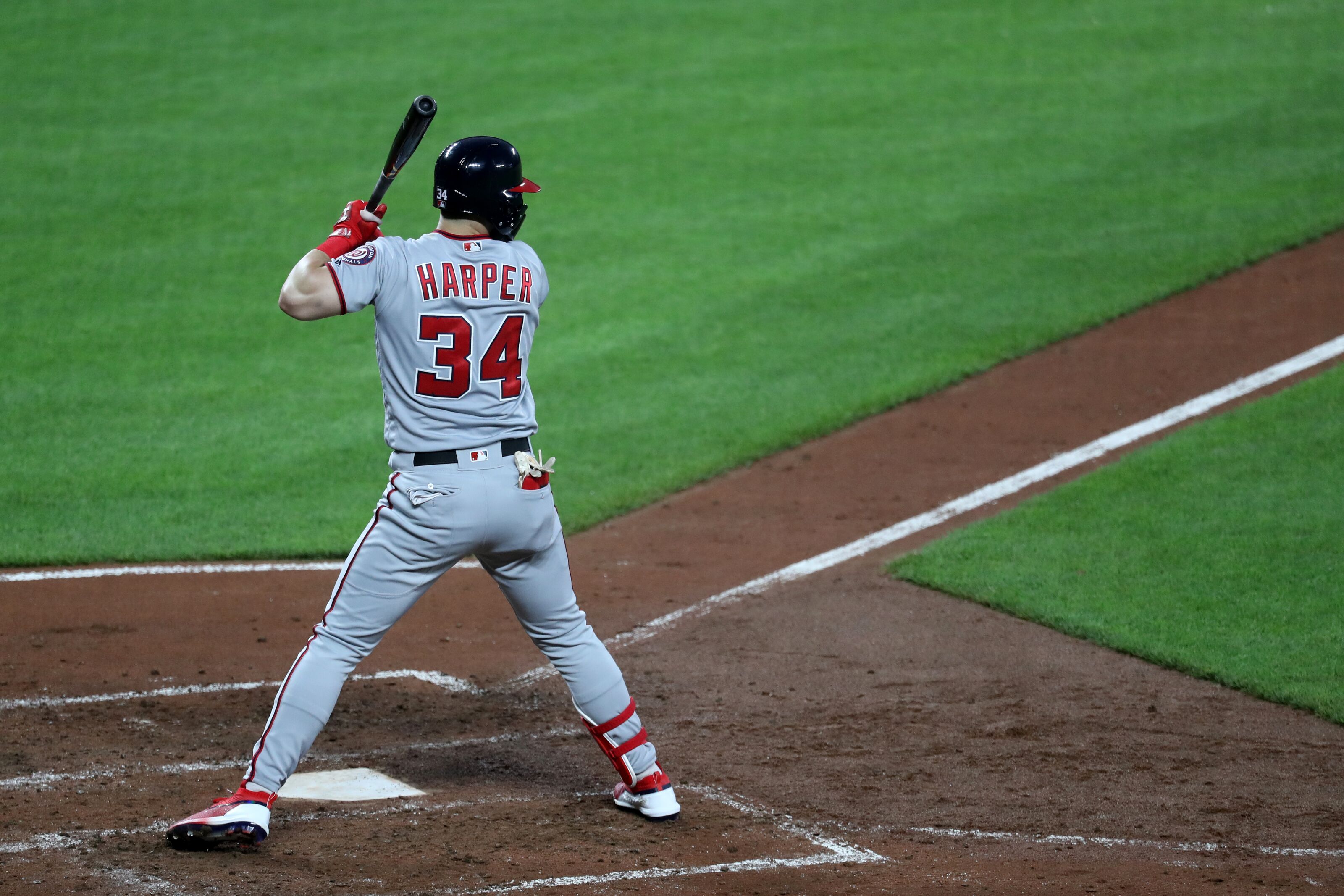 The Los Angeles Dodgers seem to be slowly losing traction in the Bryce Harper sweepstakes, which could end up being a good thing for the team.

The Los Angeles Dodgers are one of several teams that seem to be a logistical fit for Bryce Harper this winter. The massive star is set to get a record-breaking contract this winter and the Dodgers have the money and market to contain Harper’s star power.

Initially, the Dodgers were not one of the favorites for Harper. However, during the Winter Meetings and after, the Dodgers really began to pick up steam in the reports and seemed to be a great fit for Harper.

However, those reports have slowed down recently with no real new news on Harper. He has met with the Washington Nationals and will be meeting with the Philadelphia Phillies, but nothing about the Dodgers.

Personally, I love the idea of seeing Bryce Harper in Dodger blue. But of course, I do not write the paychecks and don’t have to deal with the financial implications of bringing in someone like Harper.

If the Dodgers don’t land Harper after all of the speculation it will be a bit of a bummer. However, there is a case to make against Harper to make you feel better about missing out on him.

First of all: the money. Harper is going to get a contract worth at least $300 million and he is going to be asking for at least ten years. It would be foolish for Harper to sign anything fewer than 10 years, just in case something happens to him down the line.

However, he is also going to make sure that he has the leverage in the situation. I would expect at least one, if not two, player options that Harper can utilize if he has career years that will land him another massive contract that will take him to the end of his career.

The money argument is not a complex one. Signing Harper would tie up a lot of salary cap space that could tie the team up in the future.

The argument that holds the most merit, though, is that the Dodgers do not really need Harper. While I think Harper’s naysayers are a bit absurd, he has been a bit overhyped in the media, which has made him overrated.

His worst season though is still like the year that Max Muncy had in 2018. And let’s not forget that he is only 26 and will only get better.

But from a pure winning standpoint, Harper is not the magic final piece of the puzzle that will lead to a World Series. Harper still has not won a playoff series with the Washington Nationals and the best player in baseball, Mike Trout, has never won a playoff game.

However, the massive stars that get the huge paydays — the Giancarlo Stanton, Alex Rodriguez, Robinson Cano and Albert Pujols — never become that piece that makes a difference. Rodriguez did win a World Series and was clutch in 2009 but didn’t carry the team like an MVP.

None of those teams needed to add a massive star in order to win it all, proving that one player can only have so much of a difference in the MLB.

And that difference is not enough of a difference to warrant $35-40 million. Don’t be overly sad if the Los Angeles Dodgers do not land Harper, although, the team needs to add someone.