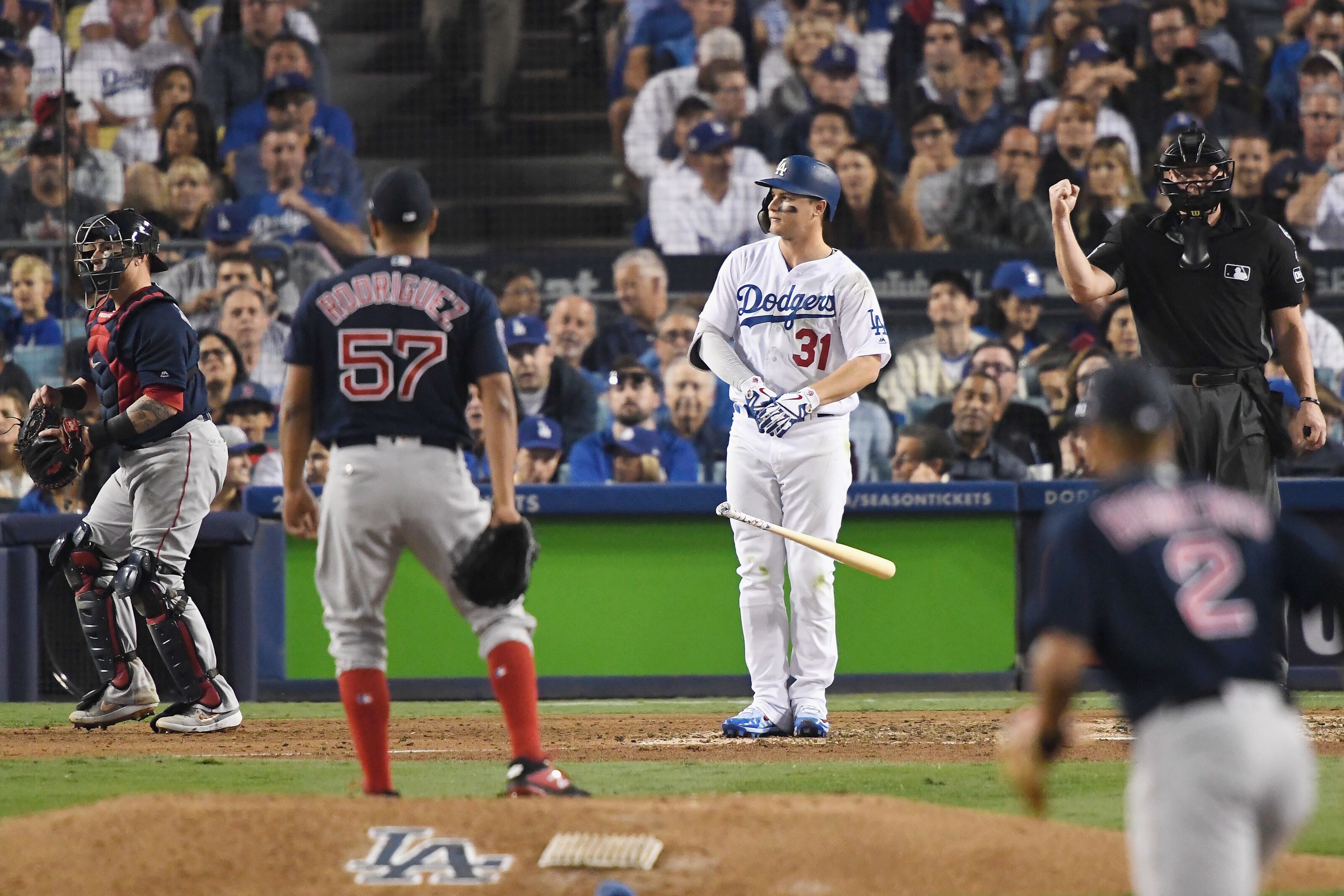 Many fans are disappointing by the lack of action from the Los Angeles Dodgers but the team does not need a superstar, just a solid right-handed bat.

The Los Angeles Dodgers were getting heavily connected to Bryce Harper after the Winter Meetings and seemed to be a darkhorse candidate to re-sign Manny Machado after winning him over in half a season in LA.

When the Los Angeles Dodgers traded Yasiel Puig, Matt Kemp, Alex Wood and Kyle Farmer in a move that only saved the team money and got two decent prospects, it seemed inevitable that the front office would get a star.

If it was not Harper or Machado then the team would, at the very least, make a trade for an elite arm, such a Corey Kluber.

That has not happened yet. Instead, the Dodgers offseason additions have been limited to minor league guys with an outside chance of having an impact in 2019, Joe Kelly and Russell Martin. Not the most head-turning of acquisitions.

It is understandable why fans would get upset. This is a team that makes as much money as any team in the MLB that has been so scared to spend said money. The team can spend and not go over the luxury tax and even gave the Reds $7 million in the trade; which wouldn’t be much lower than the luxury tax fine.

Every coin has two sides and it is also understandable if the front office wants to reduce payroll to eventually pay the young elite talent that consists of the core while relying on one of the MLB’s best farm system.

With a young core in the big leagues and a top-five minor league system at worst, the Dodgers should be just fine and should contend for years on end.

But still, after losing two straight World Series the fans want to see something that puts the team over the top. If the front office was not going to do that, the least it could have done was not part ways with a serious asset in Yasiel Puig, who was going to be freed up after this year anyway.

I don’t fall in the mindset that the Dodgers have to go out and get a star. However, after trading Puig, it would be absolutely baffling to me if the team did not add at least one piece that it needs: a solid right-handed hitting outfielder.

Like it or not, the Dodgers are left-handed heavy, most prominently in the outfield. While Corey Seager is not bad against southpaws, the Dodgers’ second-best right-handed hitter is Enrique Hernandez.

Nothing against Hernandez, but this has caused obvious managing problems, especially in the postseason.

All the Dodgers need this offseason for it to be successful in my eyes is a good right-handed outfielder that can slide in the fifth spot in the order right between Cody Bellinger and Max Muncy. Someone like Nicholas Castellanos would be perfect, even if his defense is shoddy.

Heck, even if it is a second baseman like Cesar Hernandez in Philadelphia and it moves E. Hernandez to the outfield, I am completely fine with that. It still creates a harder game to manage late in the game for the opposing manager.

Right now the gameplan to beat the Dodgers in the postseason is simple. Start a southpaw, put in a right-handed reliever to draw out the right-handed bats and then put in a southpaw reliever. The left-handers are dead in the water and the Dodgers have no one to turn to off the bench.

Just having a southpaw specialist split between Bellinger and Muncy is going to mean that the opposing manager has to pitch after one of those guys.

Those chances are much better than relying on left-handers that struggle against southpaws to hit said southpaws. If the Los Angeles Dodgers are going to do anything else that has to be it.