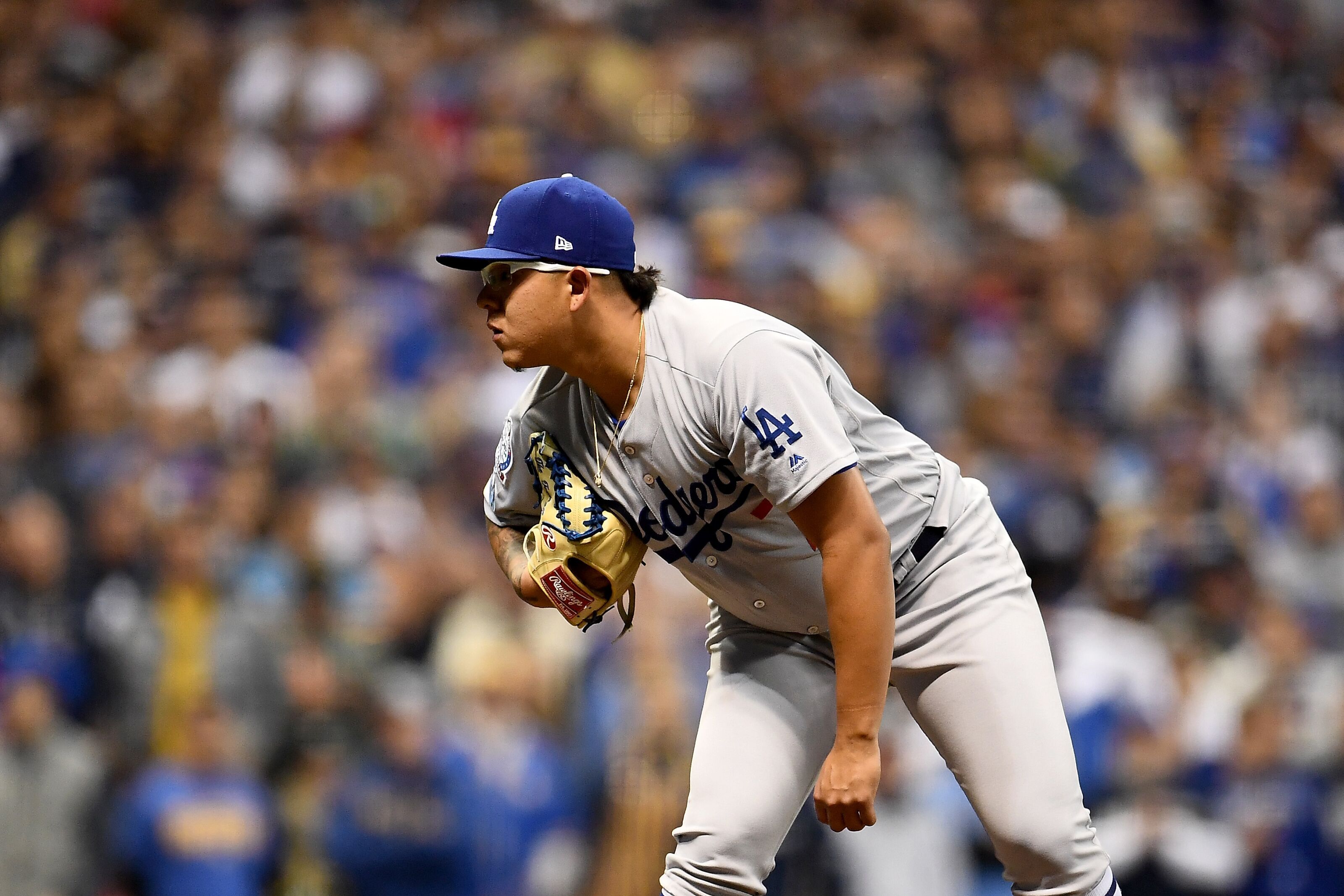 One of the many talented arms on the Los Angeles Dodgers is young phenom southpaw, Julio Urias, who will be on an innings limit in 2019.

The Los Angeles Dodgers have the deepest and most talented starting rotation in baseball. Led by Clayton Kershaw, the Dodgers boast a surplus of options to round out the five-man rotation, including an emerging all-star in Walker Buehler.

One of the very talented pitchers in the rotation is Julio Urias, who is one of the best and most promising young pitchers in the game. Urias was a universally accepted top-five prospect prior to his MLB debut and has been in the Dodgers organization since he was 16 years old.

Urias made his debut at 19 and managed to baffle big league hitters before he even finished growing. Urias is 22 now, still is five or so years away from his prime and has already proven that he can be an efficient big league pitcher.

Not only can he be efficient, but Urias also has the stuff to one day be a Cy Young candidate. There is not a doubt in my mind that he will finish as a Cy Young Finalist in the next five years.

The only problem is that Urias had a bit of a setback in 2017. After throwing a combined 54.2 innings in 2017, Dodger fans learned that the young southpaw would undergo anterior capsule surgery in his throwing shoulder.

This surgery set Urias back an entire year and is typically an injury that starting pitchers can not come back from.

However, upon his arrival at the end of 2018 and in the postseason, Urias appeared to have the same zip on his fastball and the same baffling curveball; a great sign.

Now, the Los Angeles Dodgers are looking to limit his innings as they have for his entire professional career. Heck, the year he got injured he was held in extended Spring Training in order to make him available late in the season with his innings limit.

While the Dodgers can do that in 2019, the team can still use Urias in a starting role and have him pitch all season long. That is probably the best route anyway, as it lets Urias get used to a big league workload and allows him to be in the swing of things by October.

But how can the Dodgers use Urias as a starting pitcher and use him all year? Simple. Utilize Kenta Maeda and Ross Stripling.

Worst come to worst if neither Maeda nor Stripling is available then the Dodgers can push Urias to six innings and have the pen go from there. Either way, even if Urias only throws three innings, both Stripling and Maeda are there to provide relief.

The second path could be alternating starts, which admittedly might hurt Stripling or Maeda as preparation as a reliever and starter are vastly different.

Who is going to be the better pitcher in five years?

However, the Dodgers can designate one of the two arms to be the alternating arm for Urias’ fifth spot in the rotation. This would mean that Urias would pitch every other start with the time in between serving as days to throw bullpens and monitor his health. This is probably the least likely and hardest to pull off, though.

That is 25-30 innings off of Urias’ workload, which can be designated for the postseason. If Urias stays healthy and averages five innings per start in a six-man rotation, he would finish 2019 around the 140 innings mark.

That is a nice in-between number to get Urias accustomed to the workload while not overworking him.

There is only one path the Los Angeles Dodgers should not take with Julio Urias. The team should not hold him out of the picture during the beginning of the season or even shut him down in August. Instead, the team can utilize its depth and manage Urias in a smarter way.