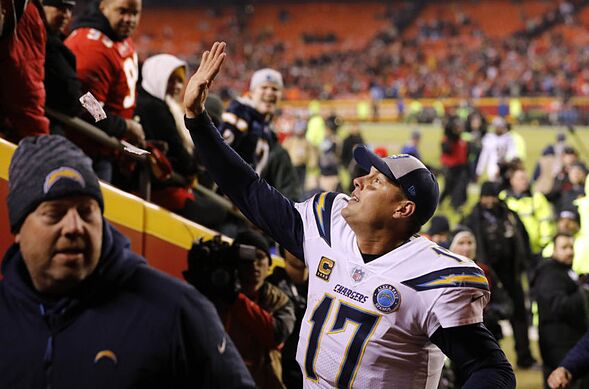 The Los Angeles Chargers have the joint-best record in the AFC at 11-3. With the postseason already clinched, its time to look towards the playoff chances.

The Los Angeles Chargers went into Kansas City and came back from a 14-point deficit with only five minutes remaining to shock the Chiefs and keep the AFC West up for grabs. Head coach Anthony Lynn made the gutsy call to go for two and now the Chargers have the chance to finish 13-3 and win the AFC West.

The Chargers do need some help with the Chiefs owning the tiebreaker. First and foremost, the Chargers have to win the final two games of the season against the Baltimore Ravens and the Denver Broncos. Those are not easy games to win.

The Chiefs finish the season against the Oakland Raiders, which should be a cakewalk unless the Raiders come out wanting to play spoiler. However, the Chiefs have a tough game in Week 16 on the road against the Seahawks.

Either way, the Chargers have proven that they are legitimate Super Bowl contenders and that they can beat any team in the league. Here are the three things that should make the Chargers the favorites to reach the Super Bowl in the AFC.