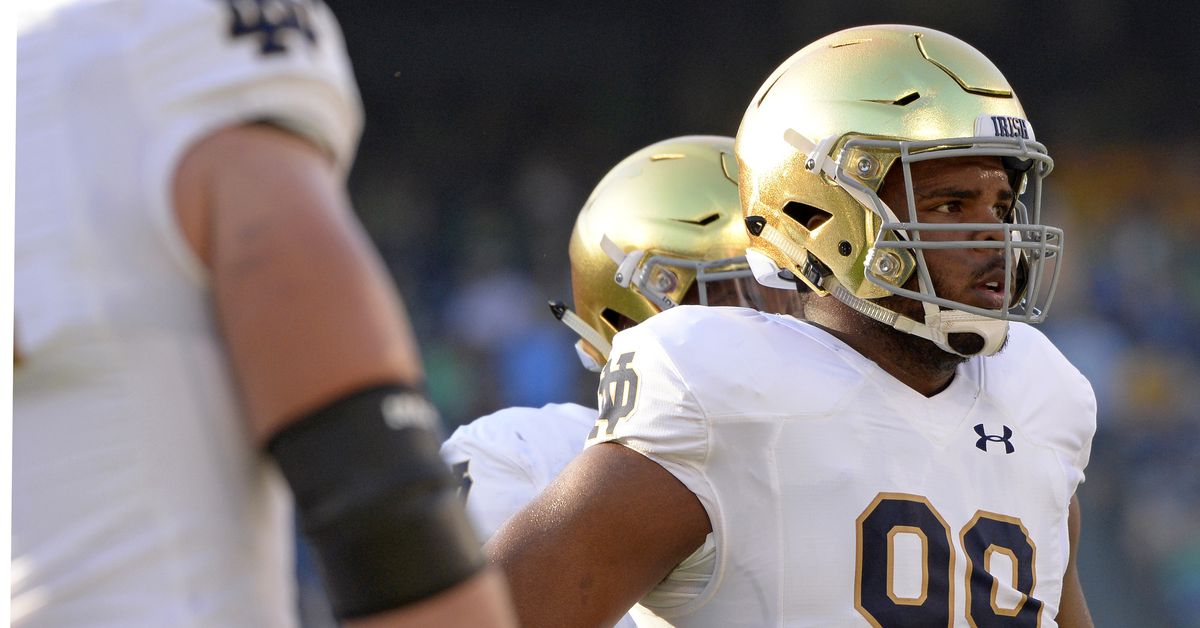 The Los Angeles Chargers had a top-10 defense by most worthwhile metrics and that certainly held up to the eye test. That said, the defense certainly still had some weaknesses, and one of those weak points was along the interior of the defensive line. Pro Football Focus’ Steve Palazzolo took notice of that in making his Chargers pick in his newest mock draft by selecting Notre Dame’s Jerry Tillery.

The Fighting Irish’s defensive tackle sports the best pass rushing grade by an interior defensive lineman per Pro Football Focus. A converted offensive tackle, Tillery put up 7.0 sacks, 8.5 tackles for loss, and forced two fumbles during his Senior season to cap off a four-year career in South Bend.

Tillery would go a good ways toward curing what ails the Chargers’ defense by strengthening the defensive front both against the run and the pass. His 6’7”, 305 lb frame would be a welcome addition to a defensive interior that needs an infusion of both bulk and talent.