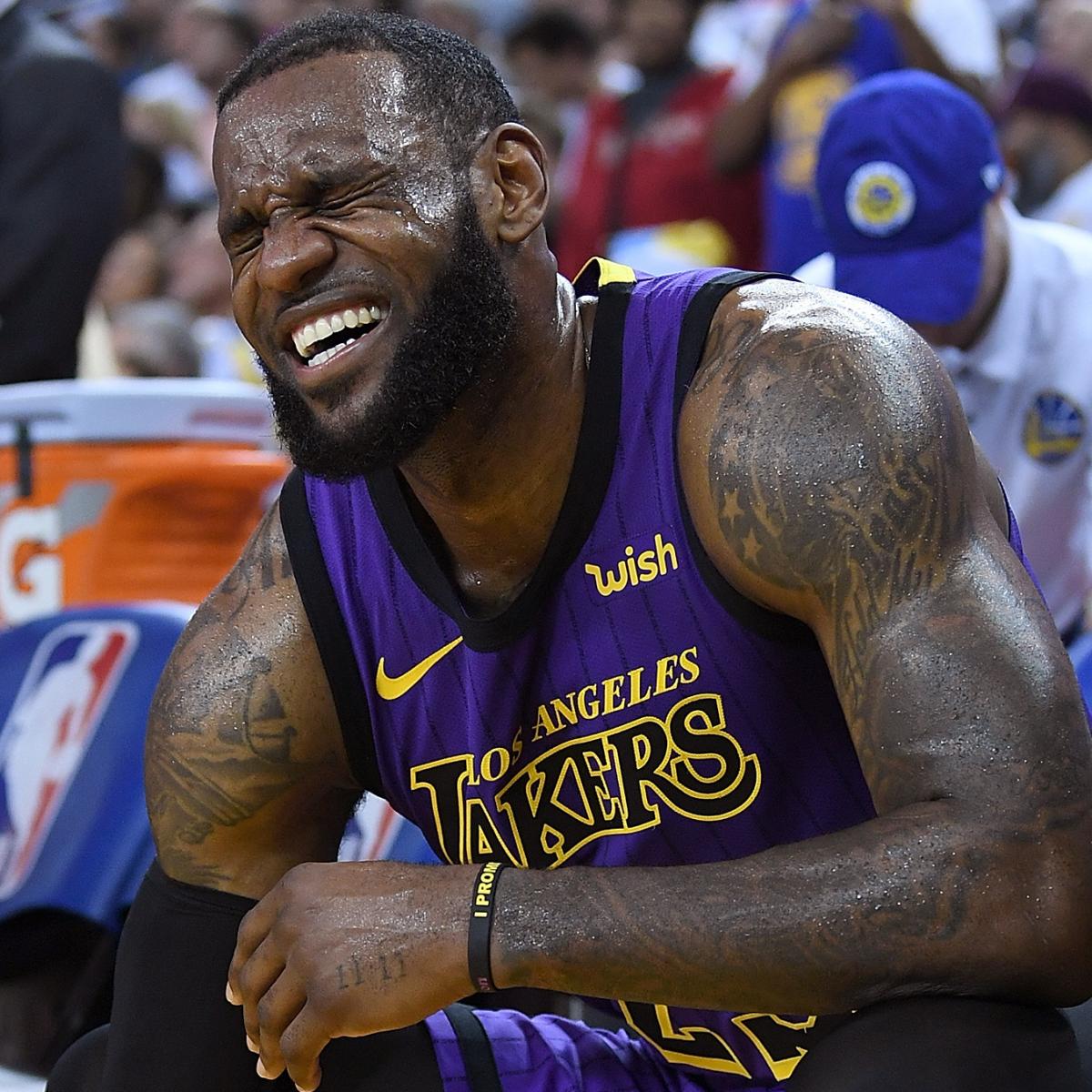 The Los Angeles Lakers will be without LeBron James for at least a short time.

The Lakers announced Wednesday that James will not travel with the team for a matchup with the Sacramento Kings on Thursday and that the star “will be listed as day-to-day moving forward.”

Earlier, Yahoo Sports reported the Lakers are operating with the mindset James will miss “at minimum, a few games” after he injured his groin during Tuesday’s win over the Golden State Warriors.

James took to Twitter to express his relief over the diagnosis:

Dodged a bullet! Sheesh. 🙏🏾 to the almighty above! #BackInNoTime

James suffered the injury during the third quarter and didn’t return to the game. The team announced he strained his left groin after examining him in the locker room.

“With me with injuries, I am never too concerned about them,” James told reporters after the Lakers’ 127-101 win. “I was able to walk off on my own power. I felt a pop and see if I could stretch it a few times and see if it will relieve, but it didn’t.”

The Lakers will play three games in four days starting Thursday when they travel to Golden 1 Center to take on the Sacramento Kings.