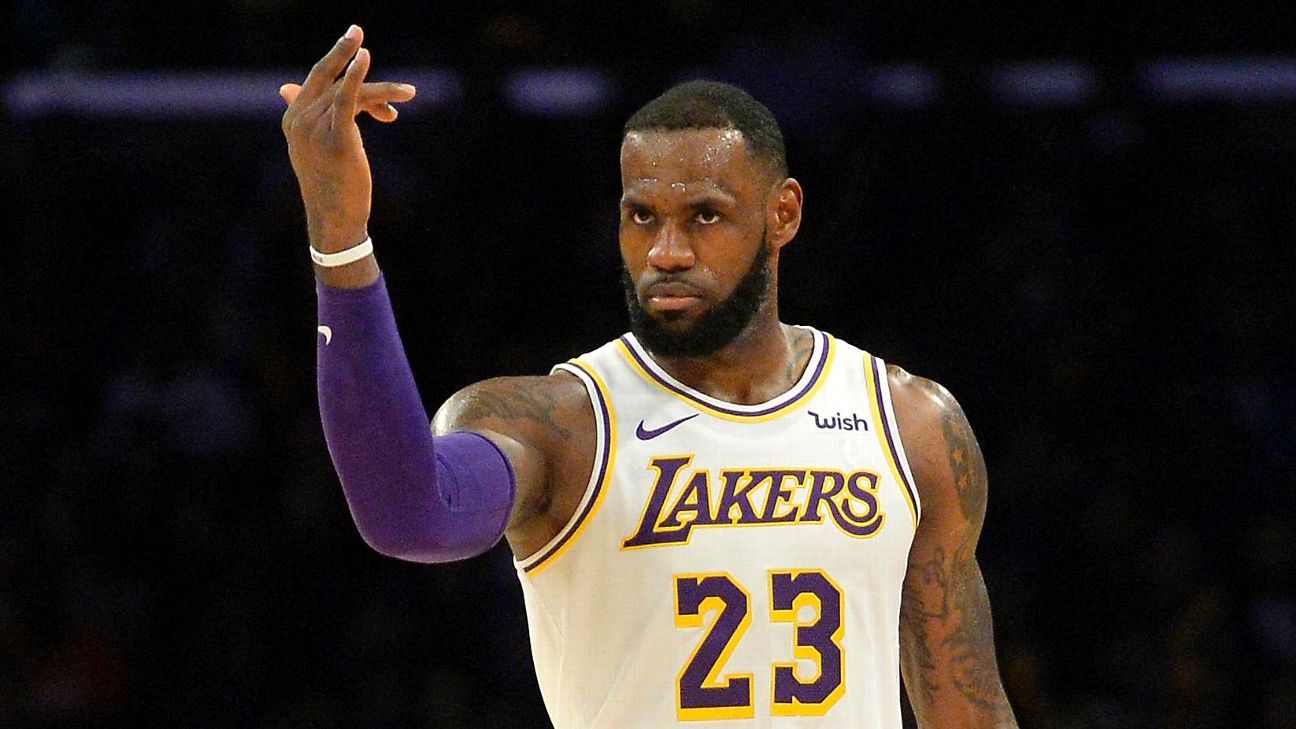 LeBron James left the Los Angeles Lakers‘ game against the Golden State Warriors with an apparent injury midway through the third quarter.

James was making a play for the ball in the lane when he appeared to slip while overextended his leg. Replays show him then reach and poke at his groin area, grimacing.

He made his way to the sideline and tried to stretch it out but eventually left the floor for the locker room, limping as he strode to the tunnel.