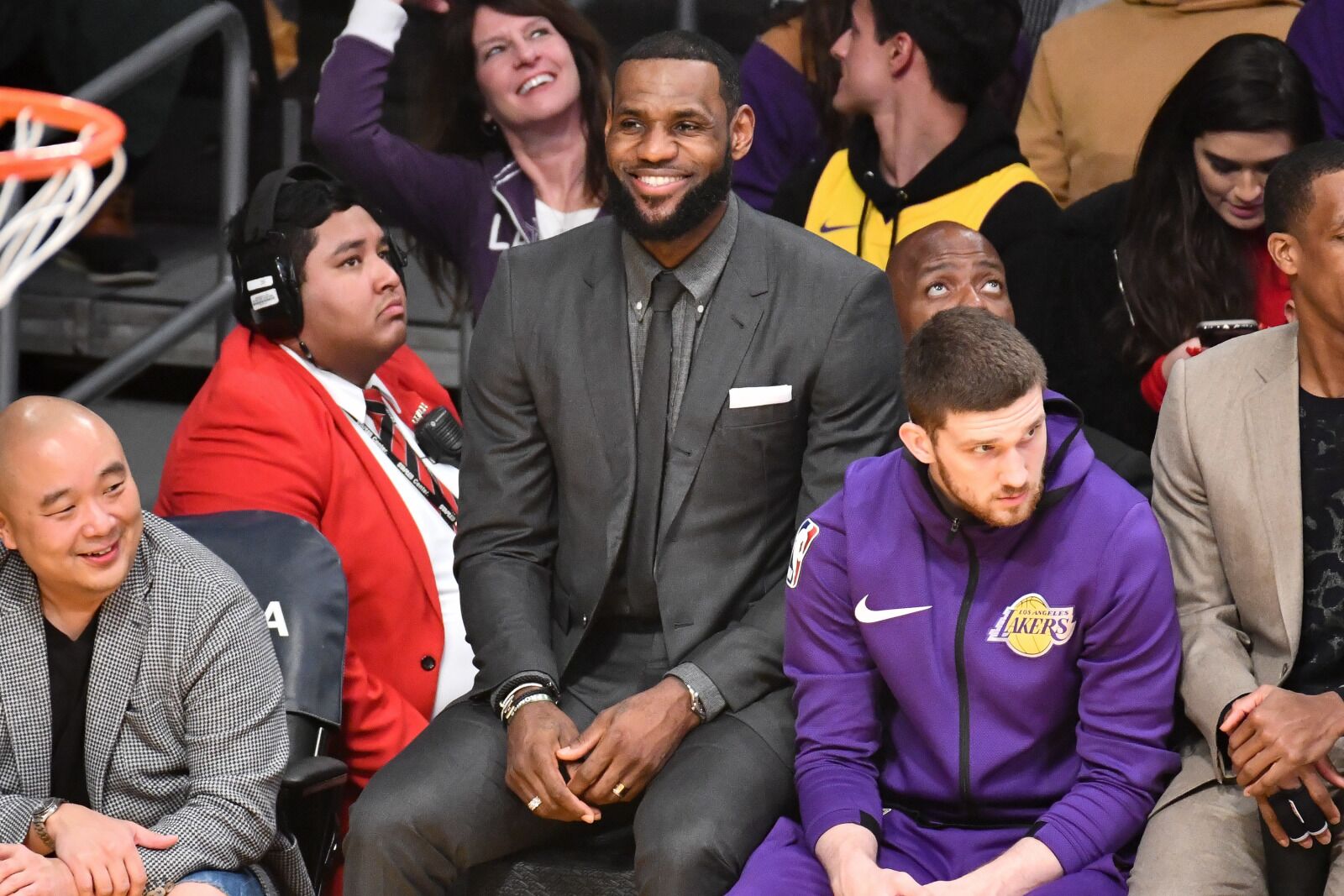 LeBron James’ injury seems to have been worse than originally reported, as the Los Angeles Lakers will be without their superstar during the upcoming road trip.

People are following the LeBron James injury news closely. Fans are getting restless about when he will be coming back. The Los Angeles Lakers received some bad news on Tuesday in regards to that.

LeBron James’ agent Rich Paul stated to ESPN, that James will not travel with the team for their next two games against the Oklahoma City Thunder on Thursday and the Houston Rockets on Saturday.

So much for that Luke Walton optimism…Oh, that’s right! That optimism was about something else besides the evaluation.

“I think we’ll get good news back.”

If you were paying attention, you knew he was not ready for the trip.

“He didn’t do the up-and-down stuff,” Walton said of James’ activity during the shootaround. “He did the half-court shooting and passing.”

“[James] does a lot of [running] when we’re not here. I don’t know the [exact] amount of running he’s doing. I just know he seems to be in good spirits. He’s got another test tomorrow to get some more information on it.”

Get what you will from that.

After Tuesday’s win over the Chicago Bulls, the Lakers are now 4-7 without LeBron James in the lineup. The team may see the missed opportunities early in the 2-5 start and bad losses come back to haunt them over the next 5-6 days.

“It’s a tough three-game stretch,” Lakers forward Kyle Kuzma said. “Super tough. Top-five teams in the league if you were to look at it from a year ago and even how they’re playing right now. So, for us, we got our hands full and it’s just more adversity we got to face, especially road games and coming home and playing on Martin Luther King Day.”

Okay let’s break that down, shall we?

What Kyle Kuzma is saying is that the Lakers are now starting the toughest stretch of their schedule. They play the 3rd seeded Thunder, who were embarrassed earlier this week by the lowly Atlanta Hawks.

Then they travel to Houston where James Harden is having an out-of-body experience scoring the basketball. He dropped 57 points this week after setting an NBA record for 3-point misses with 16. Oh, he still scored 38.

If that is not enough, the Lakers come back to the Staples Center on Monday on Martin Luther King Jr. day to face the World Champion Golden State Warriors, who absolutely destroyed the Western Conference-leading Denver Nuggets 142-111. They set an NBA record for most points in the opening quarter with 51. Plus they did it on the strength of 10 3-point shots!

When the Warriors care, they are scary.

Couple the fact that DeMarcus Cousins will be in the lineup and the last game being in the back of their minds.

There were a lot of comments early in the season about the Lakers needing time and losing early was not a big deal.

It’s times like these that shows that all games count. Especially the ones that the Lakers gave away. No one knows what the future holds.

Kyle Kuzma’s take on the situation looking back and going forward.

“I mean, it kind of kicks you in your butt when you look at the games you’ve lost that you should have won,” Kuzma said. “Obviously. Especially playing in the West, everything is so close. So, we’re outside of the playoffs right now, but we could easily be fourth right now. So, you definitely look at it like that, but you got to just take it with a grain of salt and just bring it. Bring it every single night. Especially in the West.”

The Los Angeles Lakers had better heed Kuzma’s advice. No more slip-ups. There is no real set time to when LeBron James will be back. I really don’t see LeBron making his comeback appearance against the Warriors. I wouldn’t be shocked if he wasn’t held out until after the All-Star break.

As of this writing, the Lakers are 24-21 and in a tie with the Utah Jazz for the last playoff spot. The next two games (presumably) will mark the longest stretch of LeBron James’ career missed due to injury consecutively. He missed eight straight previously in 2014-15. He went on to miss 13 games for the entire season.

Lake Show Life will keep up to date on this story as it develops!