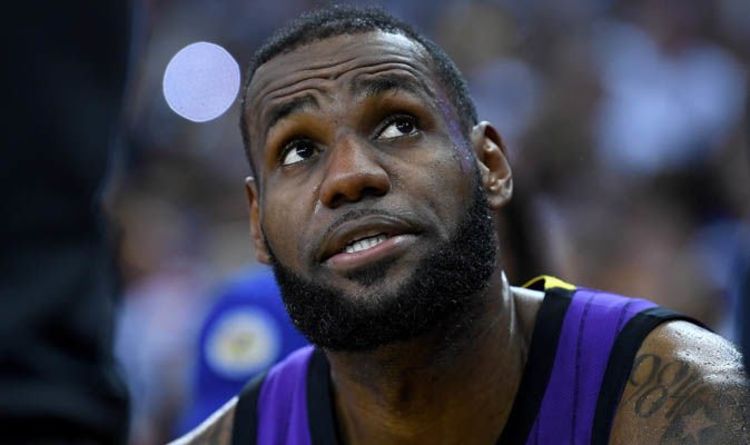 The Los Angeles Lakers star looks set to be on the sidelines for the next few games.

ESPN claim the 33-year-old has avoided any long-lasting damage.

However, he’s never sustained a groin injury of this severity before so is unsure how he will recover.

James slipped and strained his groin during the Lakers’ Christmas Day triumph over the Golden State Warriors.

The influential small forward trudged off in the third quarter and withdrew from the action.

“You got to take those first four or five days, that was what my experience was, to make sure you don’t do any more damage,” Curry told The Undefeated.

“You have to let the healing process start. That is one you can’t really rush.

“That is how I felt because it was such a delicate area.

“The biggest frustration is that you get to a point where you are pain-free but you still have to be a little bit more cautious.

“I don’t know the severity [of LeBron’s injury], but becoming pain-free is just one step.

“And then you have to ramp up your load on the court to make sure everything you do won’t set you back.

“That is the one thing that you can’t afford with that injury, is to keep re-injuring it.”

Speaking ahead of the clash, coach Luke Walton insists James won’t be rushed back.

“Obviously, we want him back soon as possible,” said Walton.

“But we also will be very cautious when we bring him back.”

James has been in impressive form this season,

The veteran ace is averaging 27.3 points, 8.3 rebounds and 7.1 assists per game in his first campaign with the Lakers.

Prior to his Christmas Day setback, he has appeared in all 34 games this season.

James was an ever present for the Cleveland Cavaliers last term and didn’t miss a single match.