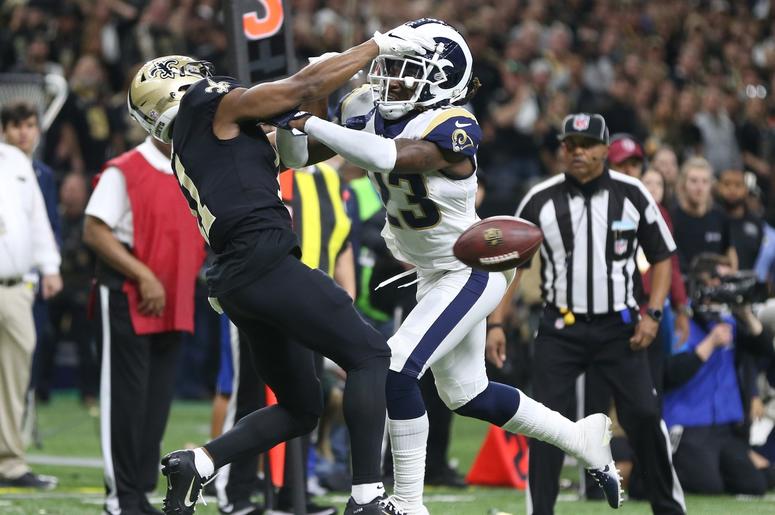 NEW ORLEANS (WWL.com) — A New Orleans-based lawyer is suing over the controversial outcome of the NFC Championship, which the Los Angeles Rams won over the New Orleans Saints in overtime thanks to a crucial non-call against the Rams at the end of regulation.

“This morning we filed a petition for writ of mandamus to compel Roger Goodell to court to explain why is not invoking rule 17 of the rules,” attorney Frank D’Amico, Jr. told WWL First News.

NFL Rule 17 says: “The Commissioner has the sole authority to investigate and take appropriate disciplinary and/or corrective measures if any … calamity occurs in an NFL game which the Commissioner deems so extraordinarily unfair or outside the accepted tactics encountered in professional football that such action has a major effect on the result of the game.”

D’Amico says Goodell should have to order the game be replayed from the point at which the officials failed to call a pass interference and helmet to helmet hit — by Rams cornerback Nickell Robey-Coleman on Saints receiver Tommylee Lewis with 1:45 to go and the score tied 20-20 — that Saints coach Sean Payton says the NFL head of officiating already admitted should have been called.

“We have a court date set for Monday. We are filing long arm service today on Roger Goodell in New York,” the lawyer said.

What about Article 2 of Rule 17?  It says, “The Commissioner will not apply authority in cases of complaints by clubs concerning judgmental errors or routine errors of omission by game officials. Games involving such complaints will continue to stand as completed.”

D’Amico says the key there is the part where it says “complaints by clubs.”

D’Amico was asked if he truly believes he can win this or if it is a publicity stunt.

“The NFL is doing business in the state of Louisiana, and they have an obligation its customers to enforce the rules fairly,” he responded.

He says the outcome of the game appears to have been rigged: “The fix is in.”