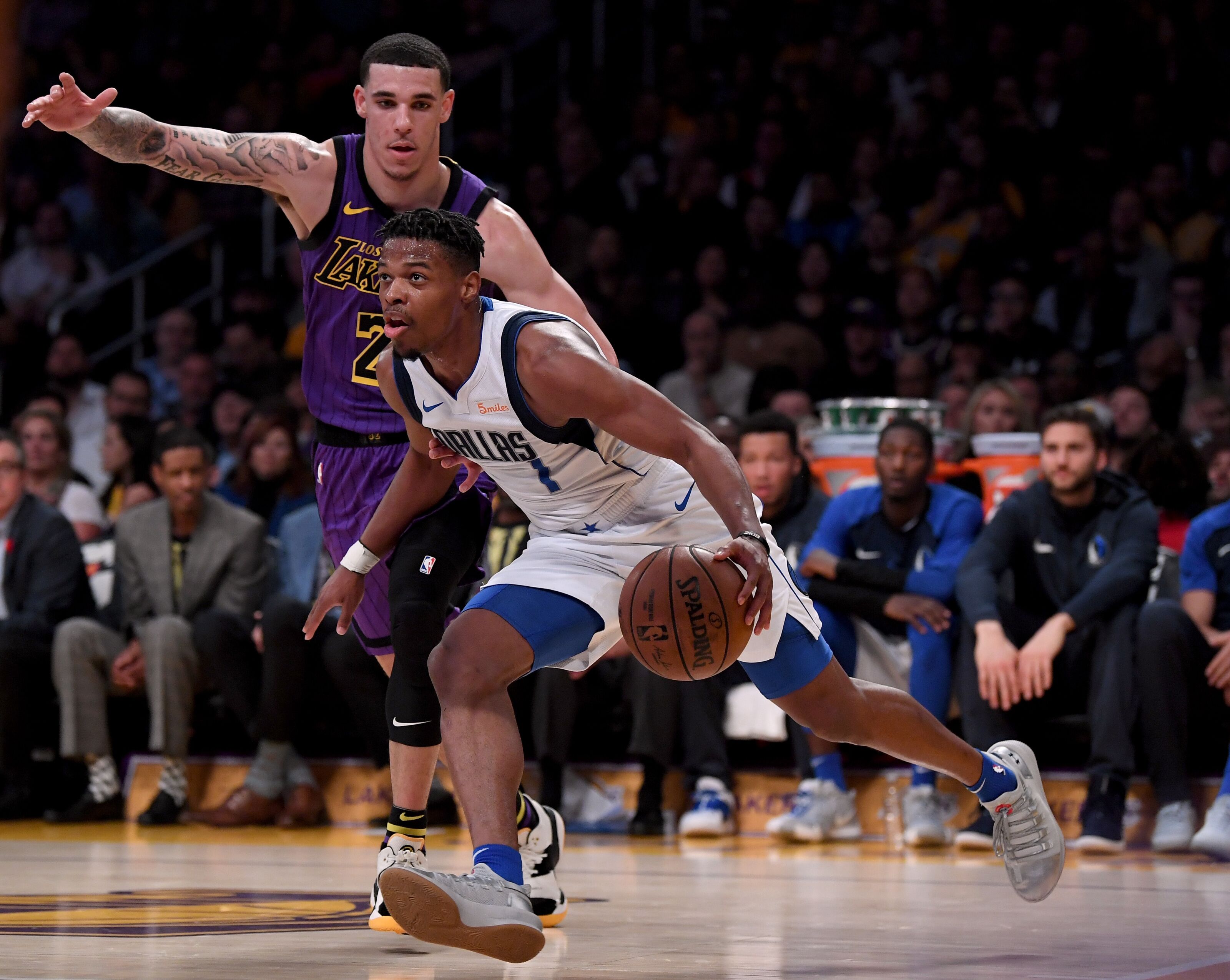 Los Angeles Lakers rumors are going to be picking up in the coming days. With the NBA Trade Deadline quickly approaching, the Lakers are running out of time to re-shape their roster for the stretch run of the season.

With injuries derailing the team in recent weeks, a trade of some sort seems likely for Los Angeles. While fans would love to land another superstar to pair with LeBron James, that is unlikely to happen prior to the February deadline.

However, the Lakers have not sat by idly. Always looking to improve the team, Magic Johnson and Rob Pelinka were recently involved in some trade talks with the Dallas Mavericks.

According to Shams Charania of The Athletic, the Lakers were one of the multiple organizations to have trade talks with the Mavericks involving point guard, Dennis Smith Jr.

In addition to the Lakers, the New York Knicks and Orlando Magic also discussed a potential deal for Smith Jr. However, nothing materialized as Dallas did not believe they were receiving fair compensation back.

Smith was away with the team for six games. He missed games with a back injury and illness, but it sounded like there was more to the absences. The six-game absence reportedly stemmed from dissension between Smith and the organization, specifically head coach Rick Carlisle and his coaching style. Carlisle called it “business stuff” during a radio interview.

Smith returned to the Mavericks lineup on Tuesday against the Los Angeles Clippers. He helped the team to a 106-98 victory, scoring 17 points with eight rebounds, four assists and one steal.

The Lakers interest in Smith most likely stemmed from their injury situation. With Lonzo Ball hitting the shelf for 4-6 weeks with a left ankle sprain, Los Angeles has their three best playmakers, Ball, LeBron James and Rajon Rondo, all injured at the same time.

Smith would have stepped into a short-term positive situation with the Lakers. Long-term, his outlook would have been murkier. Dallas most likely has a significant asking price as Smith was the No. 9 overall pick in the 2017 NBA Draft. You don’t just give those players away.

Could the Lakers have been looking at Smith as a potential sweetener in a bigger deal? Los Angeles already has quite the cache of young players, adding Smith would have given them more ammunition to swing a deal for someone such as Anthony Davis.

Whatever the Lakers’ true intentions were, we may never know. But they were infact discussing Smith with the Mavericks. Should Dallas get aggressive in looking to move him again prior to the deadline, it will be interesting to see if the Lakers jump back into discussions.