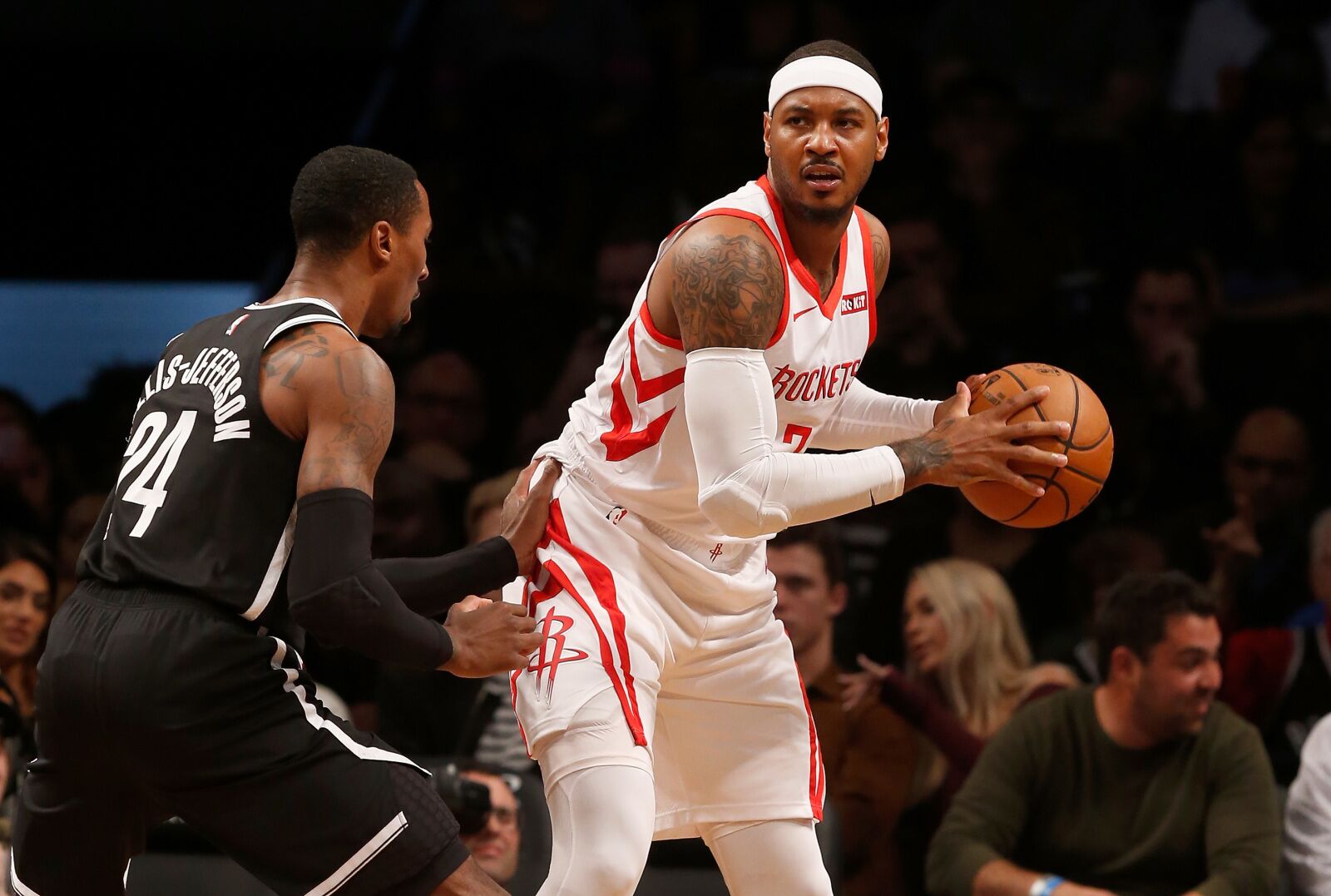 Recent Lakers rumors have been Los Angeles still keeping an interest in Carmelo Anthony after he was traded to the Chicago Bulls.

With the Los Angeles Lakers struggling without LeBron James, there have been plenty of Lakers rumors about whether or not the team will shake things up.

Since injuries have hit the Lakers hard, they have fallen from the fourth seed in the Western Conference all way down to ninth and out of the playoffs as of now. Playing without Rondo and LeBron has been a challenge for the Lakers, as they have had a few very poor losses to teams that they still should have beat.

It remains to be seen whether or not these losses will come back and haunt the Lakers, but they could still be a force in the Western Conference when they are healthy. Unfortunately for the Lakers, when they will be healthy is still a bit of a question mark. While Rondo appears to be really close to returning, there still is no official timetable for James.

Recently, Adrian Wojnarowski reported that the Lakers are still interested in Carmelo Anthony, but they don’t want to get rid of a guaranteed contract to make room for him.

Sources: The Lakers maintain interest in Anthony, but do not want to waive a guaranteed player to create a roster spot for him, league sources tell ESPN. If a roster spot eventually opens with LA, yes, the Lakers are a possible destination for Anthony.

This by no means indicates that the Lakers are in a rush to go get Carmelo, but are rather just keeping tabs on him. While Anthony was once a very good player, those days seem to be behind him.

If a team like the Rockets that has also been decimated by injuries didn’t want him, that is certainly an indication that they didn’t believe he could help. While Anthony has always had flaws in his game, he can score, which is something the Lakers need.

However, once James comes back, scoring shouldn’t be an issue for the Lakers, as Kuzma and Ingram will move back into second and third options. Barring an injury to someone at the forward spot, it seems unlikely that the Lakers will get Anthony. However, more losses and a delayed return from LeBron could certainly change that.