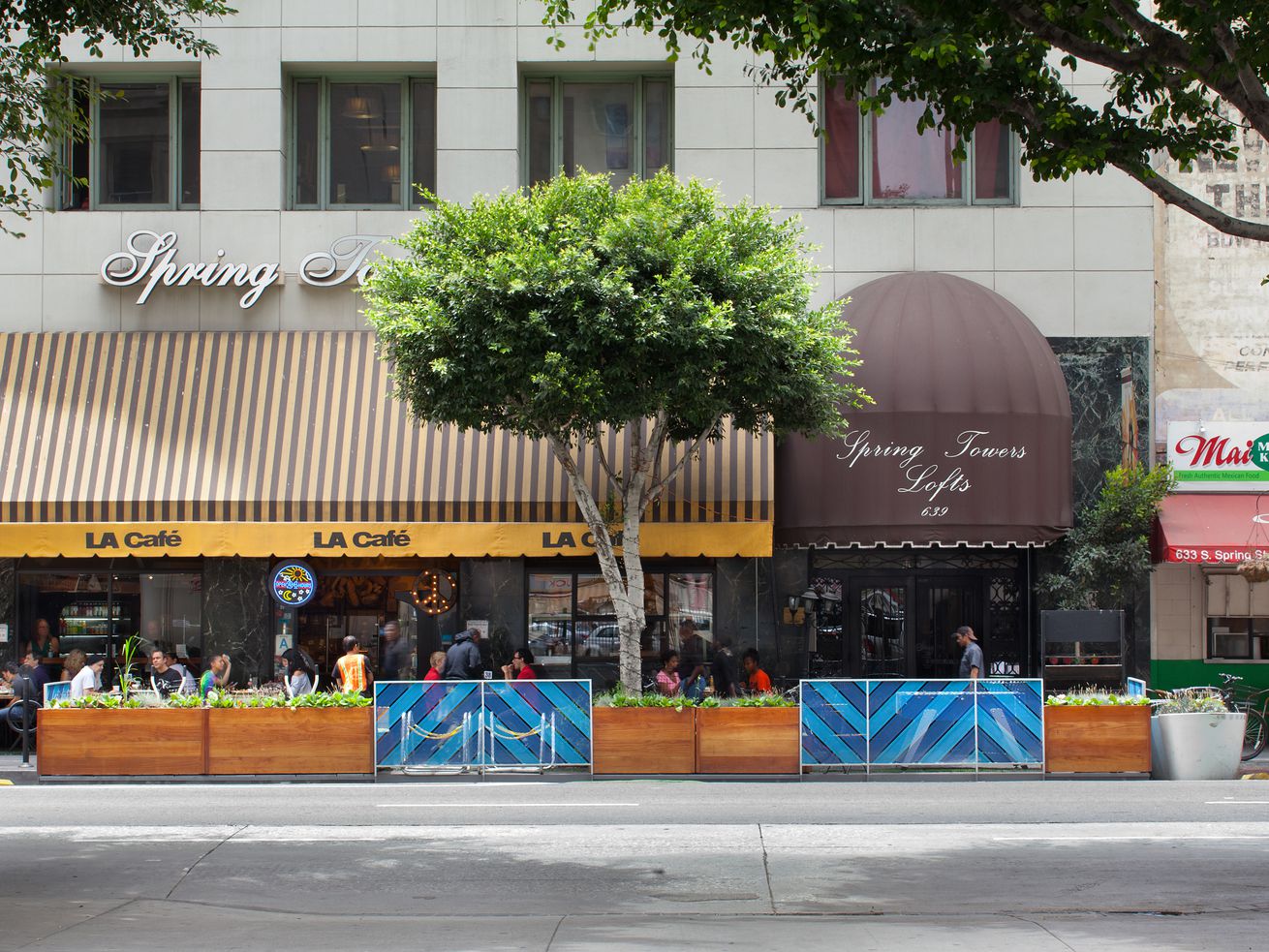 More than a dozen new parklets, plazas, and roadway projects may soon get underway through Los Angeles’s “People St” program, which has been instrumental in fostering development of tiny parks and open spaces throughout the city since 2013.

Groups that propose the projects are typically tasked with paying for construction and maintenance, but additional funding from Metro will pay for technical assistance, building materials, and construction for projects approved during the current application cycle.

The program is now accepting applications for new parklets, plazas, bicycle corrals, intersection murals, and decorative crosswalks (though Metro will need to sign off on the latter three project types).

LADOT aims to complete projects in all 15 of LA’s council districts. To be eligible, the projects must be located in areas close to major transit stops.

Since 2013, when People St launched as a pilot program, nine projects have been completed or gotten underway. Often found in places where patches of open space are few and far between, they include plazas in Leimert Park Village, North Hollywood, and Silver Lake; as well as parklets in Downtown LA, Highland Park, and Palms.

Applications for new projects will be accepted until the end of January.