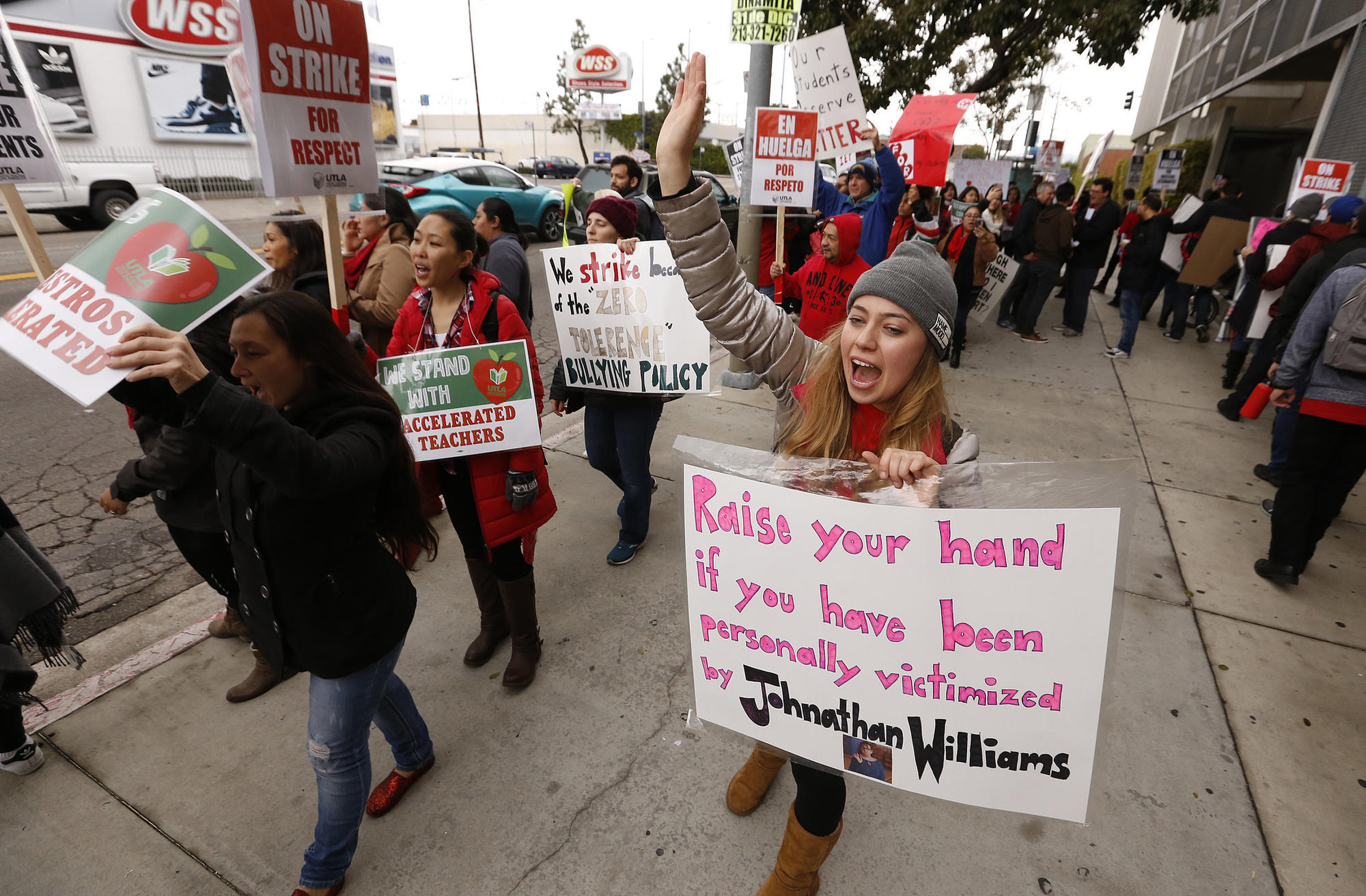 Los Angeles schools Supt. Austin Beutner said the first day of the teachers’ strike hit hard. Only a third of the district’s students showed up, which he said would cost the district $25 million in state funding based on attendance.

Subtract unpaid wages for the strikers of $10 million, he said, and that amounts to an estimated one-day $15-million loss.

He said the teachers union and its 31,000 members who walked off the job should join with the district in pushing Sacramento to better fund schools.

“Let’s build on the renewed attention on public education in our community,” Beutner said during a news conference Tuesday morning. “Let’s bottle it. Let’s put it on our buses and let’s go to Sacramento.”

Voices of the LAUSD strike: Teachers and parents speak out »

The walkout proved to be a massive disruption for hundreds of thousands of students and their families. Skeletal staffs crammed students together to try supervising them in larger groups and struggled to keep them engaged as teachers marched outside.

The vast majority of the district’s parents and guardians are low income, and many grappled with choosing between missing work to watch their children or sending them into an unknown situation at school.

“It’s clearly having a big impact,” Beutner said. “We need our educators back in our classrooms inspiring students.”

Negotiations between United Teachers Los Angeles and the nation’s second-largest school district broke off late Friday after more than 20 months of bargaining, with no resolution to the educators’ demands for smaller class sizes, better pay and more support staff.