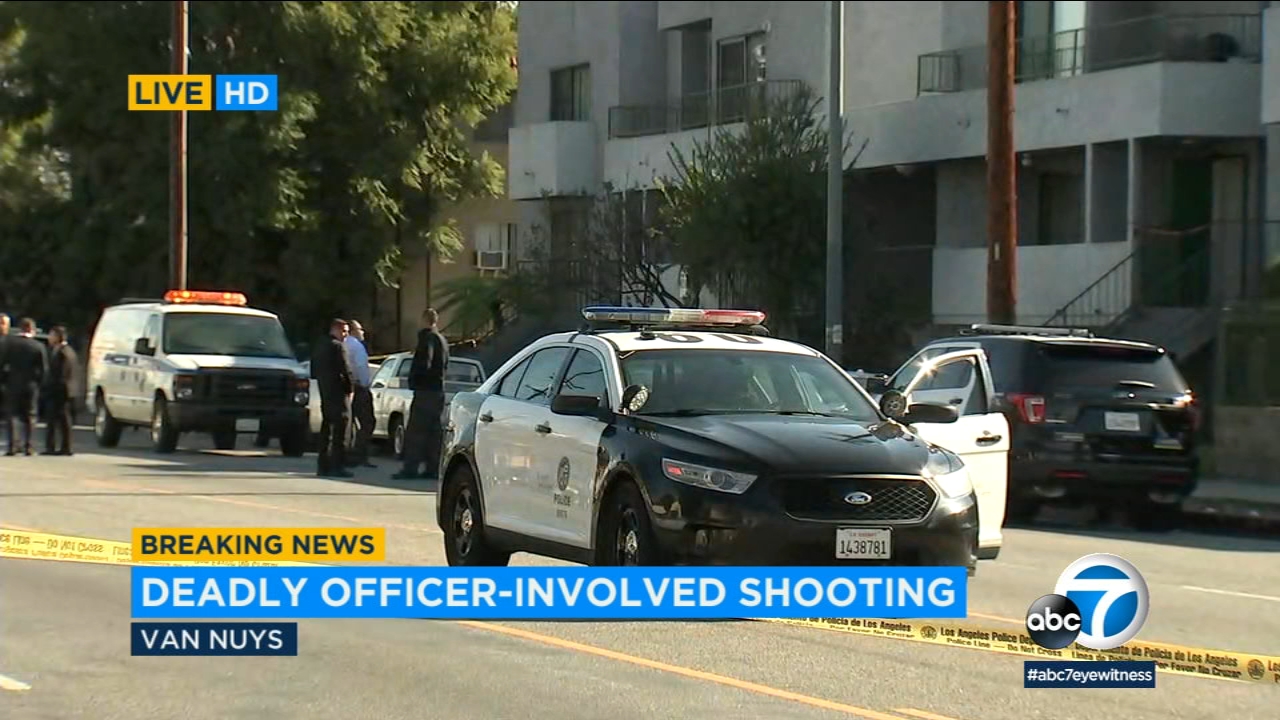 Officers responded about 4:30 a.m. to a “screaming woman radio call” in the 13600 block of Vanowen Street. According to police, a good Samaritan came out and got into a fight with the suspect.

Investigators said the suspect went back inside the building and witnesses directed the arriving officers to his apartment.

The police were confronted by the armed man, said Officer Drake Madison, an LAPD spokesman. According to Madison, the shooting occurred after the suspect ignored the officers’ orders to drop the weapon.

“When they knocked on the door, the suspect opened the door and he was armed with a large knife. The officers did give that suspect commands which he failed to comply with and at that point there was an officer involved shooting. The suspect was struck by gunfire, and was pronounced deceased here at the scene,” LAPD Detective Meghan Aguilar told reporters.

The woman involved in the initial incident was not injured. Police said she lived with the 18-year-old suspect. The good Samaritan was seriously injured and was taken to a local hospital for treatment but has been released.

The fatal shooting was under investigation.